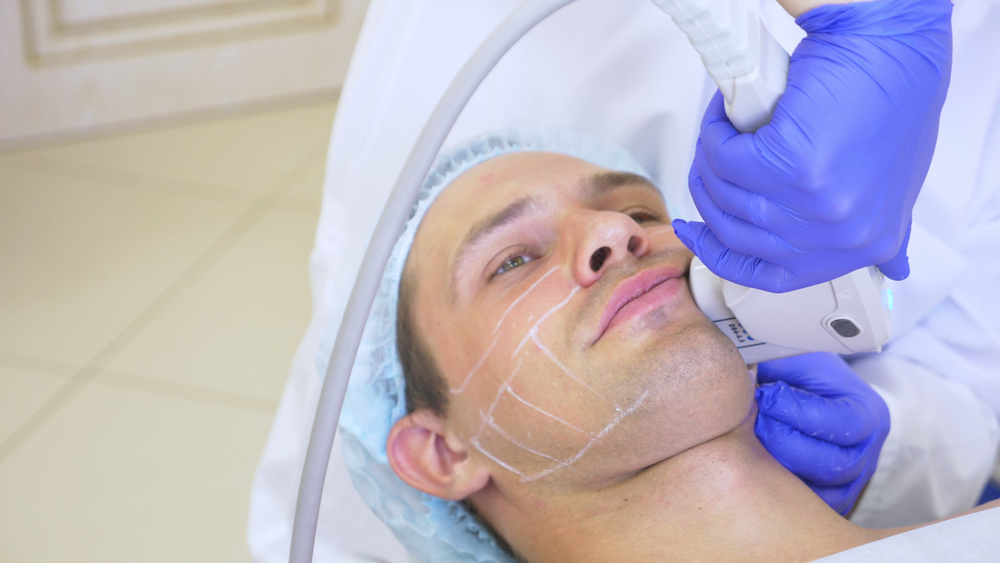 Is ultrasound addiction treatment really a thing? That seems to be the proverbial $64,000 question. The, er, thing about it is, an affirmative answer would be worth much more than a mere 64K. Double-plus much more. It would also impact the whole, wild world. And yes, that impact would be proverbially palpable.

So, is ultrasound addiction treatment really a thing? Do we capitalize its name and capitalize on the procedure? After all, Ultrasound Addiction Treatment does look and sound highly bankable. Then again, it also seems rather far-fetched. Especially considering what the general public knows about ultrasound. And that’s just it. Or part of it anyway. We know so little beyond babies and gender reveals. Consequently, we can get a little suspicious when someone tries to re-apply a term. Especially when said someone tries to re-apply it for something from the other side of the horizon.

But of course there are two sides to everything — even suspicions. It really all depends upon the angle. Does one suspect something might work or does one find that something to be suspicious? Pioneering types are always one the lookout for the former. That’s why and how revolutionary theories develop and progress occurs. Suspicious types, in contrast, suspect everything, from hypothesis on. That’s why and how progress is often slow to occur, if not downright stymied.

For Ultrasound Addiction Treatment to really become a thing then, the suspicious types will have to let the pioneers follow their suppositions.

So far it’s working! In fact, it’s thus far working wonders. Ultrasound isn’t just being tried as an addiction treatment; it’s also showing incredible promise. That’s what West Virginia University’s Rockefeller Neuroscience Institute is reporting anyway. And we believe ’em too. After all, they’re the brains behind the study.

Actually, it’s as much clinical trial as it is study. A first-in-the-world clinical trial to boot. That means it’s the very first time anyone anywhere has ever investigated the use of focused ultrasound technology to treat opioid use disorder. The goal of the study, continues the one sheet, is to evaluate the safety and potential of focused ultrasound in reducing substance cravings and addictive behaviors. And again, its potential appears to be incredibly promising.

RNI is being joined in the study by the perfectly-named Insightec. Insightec does indeed seem to have insight into technology alright. Deep into the brain too. And they’re employing focused ultrasound technology and magnetic-resonance imaging (MRI) to get there. So far this deep brain treatment is proving to be as effective as it is revolutionary. There’s no reason to suspect it won’t continue to be both either.

Heck, even just considering Insightec’s process instills real belief in ultrasound addiction treatment. Then again, it isn’t very hard to believe in surgery that entails no incisions, little to no risk of infection and minimal hospitalization. Forward-thinking types will find it even easier to believe in surgeons being equipped with nothing but a workstation, a keyboard and a mouse – and no scalpel in sight!

Ultrasound’s believability quotient continues throughout the procedure, even though some of the scientific terms evade us. We can glean the RNI research team sending ultrasound waves deep into the brain’s center, then attempting to induce cravings via drug-centric visuals. We also note the post-wave patient couldn’t be bothered by the triggers. In fact, he showed almost almost no interest whatsoever.

That “he” refers to the study’s first participant, a 39-year-old West Virginia business owner who’s currently enrolled in WVU’s Comprehensive Opioid Addiction Treatment program. Patient A has over 15-years of substance abuse history, specifically with prescription opioids, heroin and cannabis. And both the man and his responses (or promising lack thereof) have become a galvanizing factor for the entire RNI team.

“We were all impressed with the patient’s bravery to help explore new treatment options for substance use disorder,” said WVU Assistant Professor and Clinical Neuropsychologist James Mahoney III. “While the current treatment options for substance use disorder work for many, they don’t work for everyone. I’m hopeful that focused ultrasound technology will provide another tool to assist those in need.”

Insightec CEO Dr. Maurice R. Ferré is equally focused. He’s also excited to be working with such a groundbreaking group on such groundbreaking addiction treatment.

“Clinical research and scientific discovery using the therapeutic power of acoustic energy are helping to transform lives,” said the good doctor. “We are excited to continue supporting our partners to pioneer focused ultrasound treatments in the brain for critical diseases like addiction.”

Healing Properties applauds the good folks at both WVU’s Rockefeller Neuroscience Institute and Insightec, as well as good doctors Ferré, Mahoney and Rezai. Pioneering minds like these are what makes the world turn ever brighter, and we’re all deeply grateful for their brilliant and inspiring alightings. We’re also deeply grateful to the West Virginia business owner who so courageously stepped up for the trial. The world wouldn’t know how promising ultrasound addiction treatment might be without him. And we wholeheartedly applaud his courage.

The Centers for Disease Control and Prevention says America suffered more than 81,000 overdose deaths in the 12 months leading up to May 2020. They also say it was the highest one-year figure in recorded history. We can’t even imagine how much those figures will rise after a full year of COVID-19. With pioneering types like RNI and Insightec ever advancing, — and courageous types like Mr. Anonymous helping them progress — ultrasound addiction treatment won’t just become a thing, it’ll become the revolutionary answer we’ve all been praying for.

How ’bout you? Are you ready to advance your life? The bright side is there you know. Ever beckoning and beautiful. All you’ve gotta do is call.