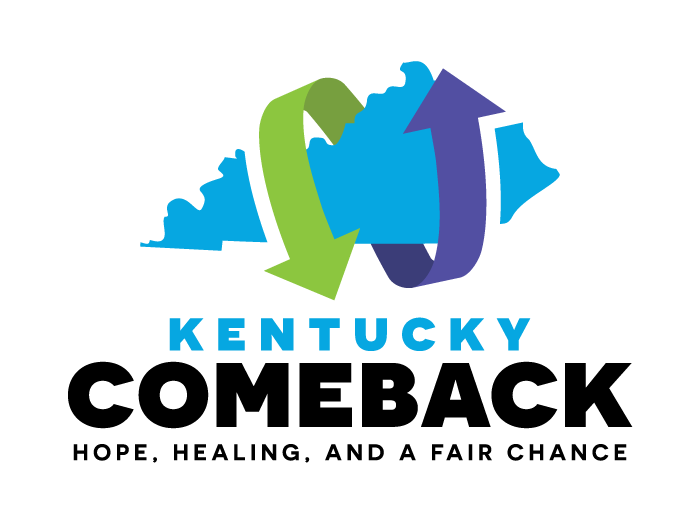 Kentucky Comeback: Because Everyone Deserves a Second Chance

Finding employment after prison or rehab is probably one of the highest hurdles a person can face. The Kentucky Comeback is hoping to change all that — one second chance at a time.

That’s right. The Bluegrass State now boasts an initiative that helps persuade employers to hire from the what’s long been considered an undesirable segment of the population. But this grand plan wasn’t launched by the criminal justice reform or recovery community (though they both are staunchly behind the effort). It wasn’t launched by politicians either (though they’re all being closely monitored re: its related legislation). No, the Kentucky Comeback was put into play by the Kentucky Chamber of Commerce.

Okay, so the Kentucky Chamber of Commerce may not be the first outfit you’d expect to find on this side of such an issue. But here they are. And most welcome they are too. Because the Chamber is just the kind of respected concern that gives gravitas to the initiative. The CoC also has the strength and fortitude to get things done. And just to be completely sure things do get done, the Chamber has teamed with one of the most forward-thinking and best-resourced organizations on the planet: the Chan Zuckerberg Initiative.

How’s that for a rabbit?

Why the Kentucky Comeback?

It’s no secret that the opioid epidemic caused Kentucky an inordinate amount of pain and suffering. In fact, Kentucky may have proportionately suffered more than any other state in the nation. Just look at its prison population, which in a mere four years ballooned a devastating 32%. And yes, nearly each and every percentage point of that increase can be attributed to opioids.

The costs are staggering — to the state, to the municipalities, and yes, to the families. In many cases, those costs continue to mount well after prison. After all, felony records are hardly the best thing to have on a resume. Neither are substance abuse issues. So even those who wisely used their incarceration time to earn degrees, diplomas and/or certificates are still without much advantage. That’s too bad too. Because a job is perhaps the strongest and most efficient antidote to relapse and recidivism.

Thankfully the Kentucky Chamber decided enough was enough. More importantly perhaps, the CoC used its clout to secure Facebook money so it can quicker and better remedy the situation. They’re also ready, willing and eager to put in the time and the effort to effect that remedy.

“It’s time for change in Kentucky,” said Kentucky Chamber President and CEO Ashli Watts. “The number of people affected by the criminal justice system and opioid epidemic grows each and every day. Those who believe in Kentucky’s future know we have to help people come back from addiction and incarceration to rejoin their communities and families.”

And how! Considering ‘Kentucky’s business community is in a unique position to help change Kentucky’s attitudes, policies, and approach to criminal justice and addiction,’the Chamber’s Kentucky Comeback makes perfect sense.

There’s another serious player helping Kentucky make its Comeback — the Prison Fellowship. Actually, Prison Fellowship has been directly at this issue since 2017. That’s the year when the organization deemed April to be Second Chance Month. The Fellowship even convinced Senators Amy Klobuchar (D-Minn) and Robert Portman (R-Ohio) to spur a U.S. Senate resolution. Furthermore, Sens. James Lankford (R-Okla) and Richard Durbin (D-Ill) were persuaded to co-sponsor.

Second Chance Month has been steadily building ever since. So has its cast of very vocal supporters. There are statewide organizations (i.e. criminal justice reform, voting rights restoration, etc), and there are national organizations (from Goodwill Industries to the Associated Builders and Contractors). There was even a Presidential Proclamation supporting the effort. And President Biden’s first paragraph pretty much sums up the entire reason for the month’s being.

America’s criminal justice system must offer meaningful opportunities for redemption and rehabilitation. After incarcerated individuals serve their time, they should have the opportunity to fully reintegrate into society. It benefits not just those individuals but all of society, and it is the best strategy to reduce recidivism. During Second Chance Month, we lift up all those who, having made mistakes, are committed to rejoining society and making meaningful contributions.

Kentucky Comeback has high aspirations alright. It’s also got a high accountability factor. In fact, there’s a series of legislative checks that helps balance out the initiative — and tracks its growth.

From The Lane Report:

As the 2021 [Kentucky] General Assembly passed many priority bills relating to recovery and criminal justice, Kentucky Comeback hosted a webinar for key legislators to talk about the legislation passed and the impact the bills will have on Kentuckians. In addition, Kentucky Comeback released a scorecard to show how legislators voted on these critical bills.

Now that’s what we call seriously attending to matters!

It’s also what we call an inspiring development. To see Republicans and Democrats, as well as disparate organizations such as Prison Fellowship and the Kentucky Chamber of Commerce, or Goodwill Industries and the Associated Builders and Contractors, all team up on a recidivism- and relapse-fighting initiative proves our country can do more than squabble. Much more. Not that the aforementioned are without empathy, mind you, let alone common sense. But that none of them are permitting anything to get in the way of doing what’s right and just and necessary.

Healing Properties wholeheartedly salutes the Kentucky Chamber of Commerce. Oh, not just for coming up with the Kentucky Comeback (though of course there is that), but for so resolutely championing such a forward-looking issue. And we wholeheartedly hope the nation’s other 49 Chambers see fit to follow suit. We also salute Prison Fellowship for coming up with Second Chance Month, and for persuading so many esteemed parties to get behind the cause. Yes, it’s about time the country caught up with itself on this issue; now we can work on getting ahead of it. Heck, perhaps one day, relapse and recidivism won’t even be an issue. Hey, we can dream, can’t we?

How about you? Have you faced issues with recidivism? What about relapse? Do you have a felony record? It is preventing you from getting work? Help is available you know. You don’t have to be in Kentucky to get it either. Give us a call, we’ll point you in the right direction. Really.