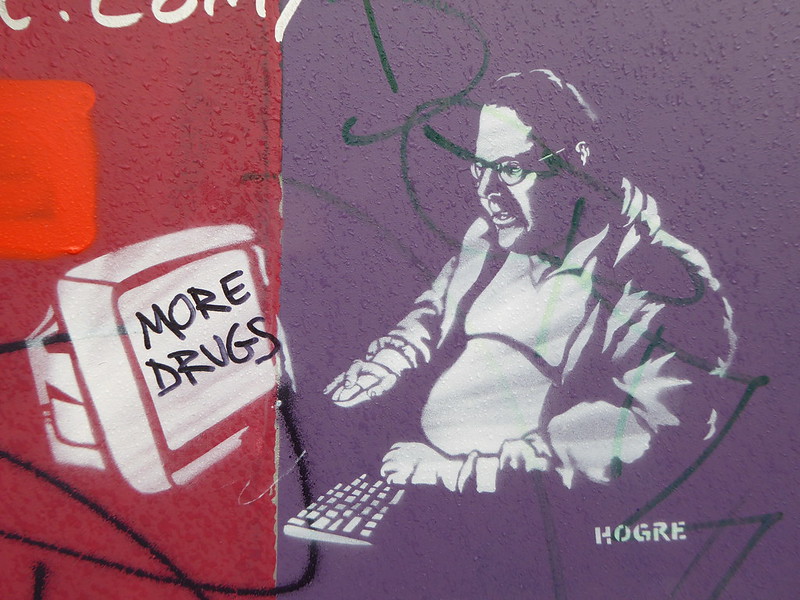 More Drugs; Less Babies: Where Are All the Covid Kids?

Remember when “experts” forecasted a pandemic baby boom? That all those couples stuck at home together would naturally make more babies? Well, it never happened. Something else happened though. Something not nice at all. See, instead of making more babies, people went and did more drugs. A lot more drugs.

That’s what Kate Masters at the Virginia Mercury is reporting. And that’s the story Richmond’s NBC12 picked up and ran with on her behalf. Then again, when facts fly in the face of apparent common sense like this, it is a story well worth both reporting and running with. We only wonder how the ace reporter managed to share the alarming facts so, well, matter-of-factly.

“Hospitals in Virginia recorded a significant decline in birth-related visits throughout the COVID-19 pandemic, while alcohol- and drug-related hospitalizations rose compared to previous years,” reads the lede.

Wait! What? Virginians had less babies and did more drugs? Doesn’t that also mean a subsequent increase in drug overdoses? Fatal drug overdoses? That can’t be good for the population. Not good at all. Unless of course you happen to think there are just too many Virginians. For those who are looking forward to a tomorrow full of new faces, you’re pretty much out of luck.

Okay, that’s a stretch. Virginia will probably be able to make up some of the loss through immigration. Heck, it may even be able to make up all of it. But it still doesn’t bode well for the future. And no matter how it’s sliced, neither having less kids or doing more drugs occur in a time or a place where people have faith in a future.

Truth be told though, people doing more drugs was hardly a surprise. Drug fatalities surpassed guns and motor vehicles as the leading cause of unnatural death in the state back in 2013. They haven’t yielded since. Furthermore, the new totals came “amid a once-in-a-century public health crisis that’s [already] seen record numbers of fatal overdoses.” And Masters isn’t just talking about Virginia either. She’s talking about the entire nation.

Indeed, back in November Masters’ Virginia Mercury colleague Jeff South had reported about the state’s 39 percent increase in drug overdoses. His report also included the fact that no one drug was particularly to blame. In fact, it seemed that the abuse ran the gamut of mood-altering offerings, from fentanyl and heroin, to prescription pills and cocaine. The report also included the unfortunate tally for all that excessive imbibing: at least 1,086 deaths. And that was just for the first half of 2020.

Things were equally bleak across the nation. According to the Centers for Disease Control and Prevention (CDC), the country suffered over 87,000 drug overdose deaths in the 12 months leading up to September 2020. A 29% rise. “The biggest jump in overdose deaths took place in April and May,” writes New York Times‘ Abby Goodnough, “when fear and stress were rampant, job losses were multiplying and the strictest lockdown measures were in effect.” Goodnough adds that was also a time when “many treatment centers closed, at least temporarily,” and drop-in centers saw a significant cut-back in addiction support services.

Masters’ report reveals that the real surprise was last year’s childbirth decline. The Virginia Hospital and Healthcare Association (VHHA) inpatient database, which covers 91 hospitals across the state, found a 3.3% decrease in discharges related to childbirth, pregnancy and the six-week period after delivery. Discharges related to newborn visits declined by nearly four percent over the last year.

So much for that pandemic baby boom.

The decline may have been offset by a rise in deliveries at home or other settings, writes Masters. “Katie Page, president of the Virginia Affiliate of American College of Nurse-Midwives, said state and national statistics for 2020 aren’t currently available,” but “anecdotally, Page said Virginia’s certified nurse-midwives and certified professional midwives have reported growing numbers of patients and requests for care over the last year.” In fact, “one midwife told the Mercury she was spurred to open her own practice after an increase in interest from patients worried about giving birth in the hospital.” The concern seemed to be as much about catching COVID-19 though as it was about hospital policies limiting who could be in the room during childbirth.

“I can’t really say how much of it is people giving birth in other settings,” VHHA Communications VP Julian Walker said. And since the Virginia Department of Health hasn’t yet released data for 2020, many questions remain, including how much the pandemic will impact healthcare in the future.

“It’s entirely possible there could be a wave of births yet coming that are pegged to nine months from October of 2020 or from November of 2020,” Walker said. “But I think other things we’ll be tracking is just to look at the world post-COVID, and do things rebound to where they were before?”

Healing Properties thanks Kate Masters, Jeff South and the entire Virginia Mercury team for providing such adroit reporting. We’ll add a double-plus helping of gratitude for naming their enterprise to honor the great H.L. Mencken. Honoring the Sage of Baltimore’s legendary precursor publication was a bold move; we’re thrilled to see them so boldly living up to the great name.

We’d also like to salute Julian Walker and the Virginia Hospital and Healthcare Association. They — and stakeholders like them — help keep the Commonwealth healthy. And their too often thankless efforts should be applauded at every opportunity. We also hope that all of the above will have much more optimistic numbers to report as the pandemic subsides. Who knows, Virginia may even see that subsequent baby boom after all. Whether it does or it doesn’t though, the state can definitely do without more drugs. The rest of the country could well do without more drugs too.

What about you? Has the pandemic got you down? Have you been doing more drugs? Would you like to stop? It can happen you know. In fact, it will happen. If you put your mind to it. And if you get some legit help. So give us a call. We’ll point you in the right direction. Whether you’re in the Mid-Atlantic, Midwest, or right here in Southeast Florida. Really.