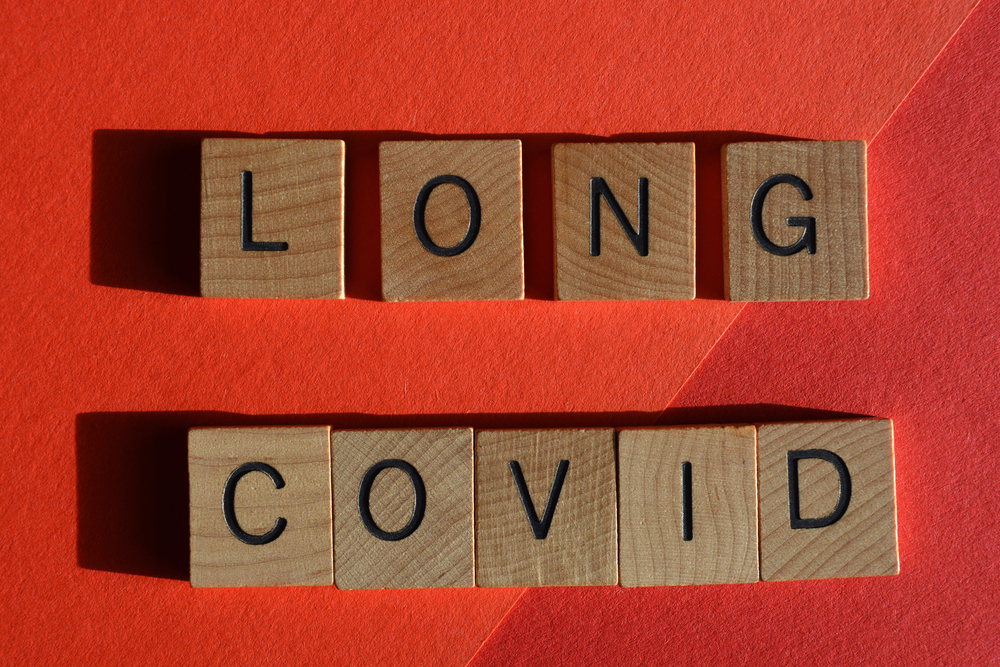 Will Long Covid Create a New Rash of Addicts?

Uh-oh. Just when you thought we were getting a handle on both the Covid Pandemic and the Opioid Epidemic (or, if you prefer, the Twindemic), along comes another one-two punch merging both. It springs from treating Long Covid sufferers with opioids — and it’s about to wreak a new havoc.

That’s what a new Nature study is signaling anyway. And that’s what’s being reported by Kaiser Health News Senior Correspondent Liz Szabo in the Los Angeles Times. Before long we suspect the findings will be everywhere. They’ll also likely be instilling a new fear. Why? Because we’ve been this route before. And it don’t bode well.

Some folks contract what’s being called Long Covid. That is, their symptoms last longer than others. Much longer. As long as six months after diagnosis, in fact. Sometimes even longer. No, it doesn’t happen to everyone, or even most everyone. But it is happening to about 10% of those diagnosed. Still a significant percentage.

Naturally, with persistent symptoms comes persistent pain. Consequently, doctors have been prescribing painkillers, specifically opioids. And they’re prescribing them at a rate nine times higher than they normally would. Worse, docs have also been heavily prescribing benzos to treat the attendant anxiety. And yes, that includes Xanax. Twenty-two additional ‘scripts per, if you want the truth. And we all know how addictive Xanie bars can be.

Previous studies found many Long Covid survivors — also known as long haulers — are not just racked with persistent symptoms, bbut they’ve got persistent health problems to boot. This new study is the first to show those so diagnosed are using more addictive medications. That’s what Dr. Ziyad Al-Aly found out anyway. And since the doc is the study’s lead author, he should well know.

Doctor Al-Aly also happens to be chief of research and education service at the VA St. Louis Health Care System. It was here where the good doctor conducted the study. And it was here where the good doctor experienced increasing concern. After all, “even a small increase in the inappropriate use of addictive pain pills will lead to a resurgence of the prescription opioid crisis, [especially] given the large number of COVID-19 survivors.”

Again, 10% of those afflicted develop long-term symptoms. That’s “more than 3 million of the country’s 31 million survivors.”

Not good. And certainly not a good situation to live with. Nevertheless, Dr. Al-Aly said he was suprised by such frequent opioid prescribing, especially given so many concerns about the drugs’ addiction potential.

“Physicians now are supposed to shy away from prescribing opioids,” he told Szabo.

The good doctor studied more than 73,000 VA system patients. When he saw such an excessive number of opioid prescriptions only one thing sprang to mind: “Is this really happening all over again?”

Apparently it is happening again. Or it very well could be, unless stakeholders act. That includes doctors. It may even most include doctors. Whatever the case, we need to act before “it’s too late to do something.” said Dr. Al-Aly. “We do not want this to balloon into a suicide crisis or another opioid epidemic.”

He can say that again.

Now That Long Covid is Here…

Healing Properties salutes and applauds Dr. Ziyad Al-Aly and his VA St. Louis Health Care System team for bringing to light this alarming development. We also salute and applaud their resounding call for action. We’ve absolutely no idea just how best to treat Long Covid sufferers, of course, but we do know a good bit about opioids’ debilitating effects. We also know the country would be hard-pressed to handle yet another widespread outbreak, especially since we’re still battling both Covid and opioids.

In fact, it appears the Opioid Epidemic has already reared into a full-blown resurgence. The White House Office of National Drug Control Policy‘s Regina LaBelle recently reported 88,000 drug overdose deaths in the 12 months leading up to August 2020. That’s up well over 10% from the nearly 71,000 the CDC reported for 2019. Granted fentanyl and synthetics were the increase’s “primary drivers,” but that still means opioids are the dominant cause. And yet U.S. doctors continue to prescribe far more opioids than physicians in other countries.

“Many clinicians are under the false impression that opioids are appropriate for chronic pain patients,” he adds.

Granted Covid is extremely painful. It can also cause severe anxiety. Consequently hospitalized patients often receive a lot of medication to control both pain and anxiety. That’s especially so in intensive care units, said Dr. Greg Martin, president of the Society of Critical Care Medicine. Yet this new study suggests patients are continuing similar treatment programs even after they’re discharged from the hospital.

“I worry that COVID-19 patients, especially those who are severely and critically ill, receive a lot of medications during the hospitalization, and because they have persistent symptoms, the medications are continued after hospital discharge,” Martin told Szabo.

What Do We Do?

Doctors should recognize that pain can be a part of long COVID, Martin said. “We need to find the proper non-narcotic treatment for it, just like we do with other forms of chronic pain.”

Good Dr. Al-Aly said the country also needs an overall strategy to cope with the wave of post-COVID-19 complications.

“It’s better to be prepared than to be caught off guard years from now, when doctors realize … ‘Oh, we have a resurgence in opioids.'”

You can say that again too!

What about you? Are you battling Long Covid? Opioids? Benzos? Both? Want some help? It’s put there, you know. And it’s life-saving. No foolin.’ We see it happen each and every day. Give us a ring and we’ll tell you how.