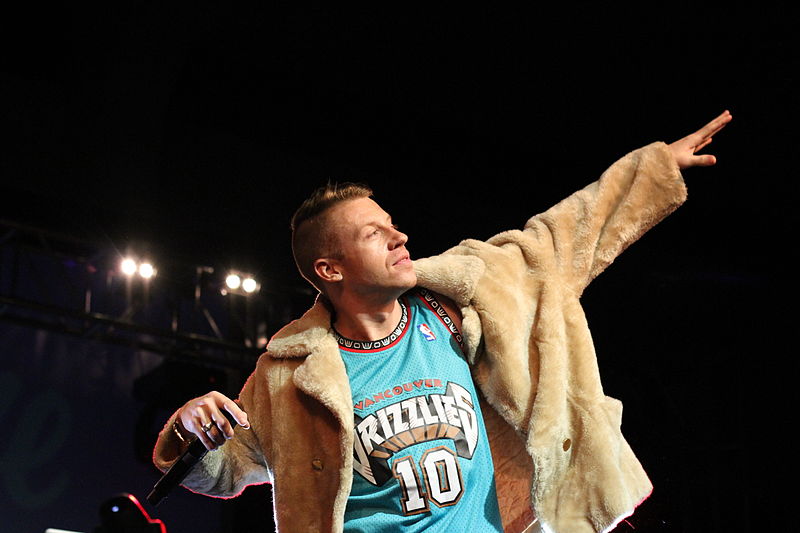 Macklemore: Recovery Continues to Save My Life

Recovery, says Macklemore. Not just sobriety. That’s what saved my life. And that’s what keeps the music in me.

That’s what everybody’s favorite “Thrift Shop” rapper admitted on People’s Party with Talib Kweli. And that’s what his fans already kinda suspected. Now though they’ve all got rock solid confirmation. And so does everyone else.

Macklemore’s admission was picked up by People, Uproxx and USA Today. That means the story is definitely out there. Add the folks who heard it first hand via Kweli and, well, that pretty much covers everyone. We’re chiming in just in case anyone missed it.

Why? Because it’s incredibly important for people to hear about recovery’s benefits. That includes those who’ve heard it all before too. See reaffirmation is just as important as affirmation itself. In fact, both fall from the same tree.

The Tree of Life.

Macklemore has always been open about his recovery. He’s also always good for an uplifting message. That’s because he knows how hard it is for those struggling with addiction. And because he’s willing to do anything that’ll make things even just a little bit easier. That includes cluing people in about the vast recovery community.

“I struggled for so long as a youth,” he said. “I didn’t [even] know that there was a recovery community out there. A community [not just] to support and love me unconditionally, [but one] that had the same f…ing disease.”

Macklemore also knows how important that recovery community can be to both newcomer and veteran.

“There is the therapeutic value of one addict to another sharing their experience, strength and hope,” he added. “That’s what saved my f…ing life. And that’s what continues to save my life.”

The Grammy Award-winning star also wants people to know just how he works his recovery. And that just so happens to be a program that’s been around for nearly a century.

“You work the 12 Steps and you get better,” he explained, referring to Alcoholics Anonymous’s much-revered program. “You excavate the bullshit. Figure out your character defects. Say you’re sorry to some people. Have that spiritual awakening. Then you go out and carrying that message to someone else.”

“That’s the most important thing in this world,” he adds, “being of service to other people. Getting outside of your f—ing head.”

Indeed. Though some would argue that it’s not so much making apologies as it is accepting responsibility. That is, admitting our wrongs. Nevertheless, Macklemore’s description is fairly accurate. More importantly, his enthusiasm is genuine — and utterly contagious.

Then again, recovery did restore the music in him.

“The sobriety was the wake-up call that I needed,” Macklemore told Complex. “It always works. The minute that I start actively seeking recovery — not just sobriety, but recovery — the music is there.”

Beyond the 12 Steps, Macklemore is out to eliminate the stigma; a stigma that’s often associated as much with recovery as it is with addiction.

“We have to destigmatize the whole thing,” he said. “We have to talk about it. There’s a conversation around mental health right now and destigmatizing that. Addiction and mental health go hand-in-hand. We also need to make sure that people know there are resources. In fact, we need even more funding to get people treatment.”

“I was lucky enough to go to a facility for 30 days,” Macklemore said. “Some people don’t know that it’s OK to go to treatment.” Too many others don’t even ever get the chance.

Macklemore is right. Treatment is essential. We’d even say it’s an essential service. And it should be treated as such. Because treatment is the only way we’ll get people into recovery. If Macklemore’s story is to be believed (and there’s no reason why it isn’t), recovery saved his life. It continues to save it too. And he’s but one of millions.

Healing Properties applauds Macklemore on his sobriety, as well as his recovery. We especially applaud his continuing to be an outspoken proponent of both. The more people step up, the more people get saved. It doesn’t take a bold-face named rapper either. To speak up. Or to save their own life. It just takes a little courage. And a lot of good old-fashioned common sense. How hard is that?

If you or your loved one needs help battling addiction, please give us a call. We’d very much like to help.