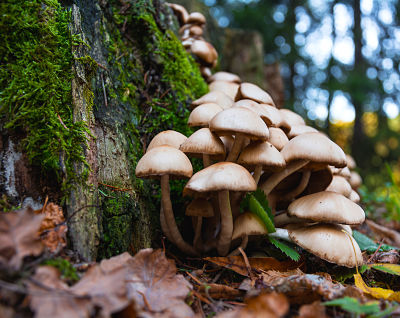 Magic mushrooms are once again working their, er, magic. This time though they’ve done so in unprecedented fashion. In fact, you might call it one of the most magical experiences ever, especially if you’re measuring the psycho-tropical distance from here to there. Because this journey transported a well-known Republican from one end of the addiction treatment spectrum to the other. Furthermore, the long, strange trip promises to be a veritable boon to alcoholics everywhere.

Yep, in a Spectrum News interview, former GOP Congresswoman Mimi Walters advocated for the use of psilocybin in the treatment of alcoholism. That’s right. A former Republican Congresswoman. In favor of magic mushrooms. Okay, so Walters had mostly been considered a moderate. But then 2018 happened. And when Walters joined the other sore losers in bandying about charges of “election theft,” she lost all of her “moderate” bona fides.

However former Rep. Walters seems to have come back to terms with our free and fair election process. And well she should. After all, it’s the very same process that blessed her with two terms in one of our country’s most vaunted institutions, not to mention a good number of stints in two of California’s loftiest chambers (Senate and Assembly, natch). She’s also apparently seen the need for more progressive addiction treatment, especially vis-a-vis alcoholism.

We couldn’t be happier. Neither, we suggest, could the Walters family friend whose story compelled the former Rep to become a proponent of advanced addiction treatment. See it was after Walters witnessed the positive effects magic mushrooms had on an alcohol-embattled pal that her position actually came to be.

“Somebody very close to our family [has been] an alcoholic [since] the age of 15,” explained Walters, “and he tried everything he could in order to overcome this disease.” But then NYU invited the person to participate in a study of psilocybin’s effects on alcoholism.

“He went through as one of the participants;” continued Walters, “actually got the psilocybin treatment. And after the first treatment he lost all cravings for drinking.”

It gets even better.

“This happened about six years ago,” she concluded, “and he has not had a craving since.”

Six years clean and sober. After years and years of repeatedly trying and failing. Is it any wonder the former lawmaker wants to see psilocybin stricken from the law books and put to good use?

Yes, magic mushrooms are magical. And yes, they get their magic from psilocybin. Legions of Native Americans have long known that. So did Swiss chemist Albert Hoffman, who isolated the compound for Sandoz. In fact, it was they who then started marketing pure psilocybin to the whole wide world.

Unfortunately the whole wide world wasn’t ready for psychedelic psychotherapy. Country after country passed law after law banning and/or criminalizing magic mushrooms. That put pressure on university research departments, and study after study was shut down. In the States, hallucinogenic drugs first became outlawed under 1965’s vague Drug Abuse Control Amendments. Psilocybin was itself specifically banned in ’68, then declared a Schedule I drug in 1970’s Controlled Substances Act.

Somehow though people never forgot about the healing potential of magic mushrooms. Whether it was the spiritualists or the stoners or the third generation Timothy Leary disciples, we don’t know. It could just as easily have been an elite class of astute chemists simply tired of the status quo road to nowhere. Whatever it was, it too is becoming magical. Because psilocybin’s vast potential is once again being recognized, and this time it looks like for keeps.

Numerous research groups are even finding psilocybin to be effective against severe depression and Post Traumatic Stress Disorder (PTSD), as well as Alcohol Use Disorder (AUD). In fact, two of those researchers — Dr. Michael P. Bogenschutz and Dr. Stephen Ross of the NYU Langone Center for Psychedelic Medicine — have been finding such positives for quite awhile.

Dr. Bogenschutz, who’s a professor at NYU Grossman School of Medicine’s Department of Psychiatry, as well as the Director of the NYU Langone Center, found favorable long-term abstinence factors in what was the very first clinical study using psilocybin to treat AUD. While Dr. Ross, who’s an associate professor in the very same Department of Psychiatry, found psilocybin to be effective in treating anxiety and depression in 80 percent of advanced cancer patients.

Both forward-looking NYU Langone docs have since conducted even more extensive studies; we only await release of what surely will be equally favorable results.

Healing Properties is wholeheartedly encouraged by all the promising work being done on behalf of advanced addiction treatment. We’re especially heartened by the wide range of work being done by Doctors Bogenschutz and Ross at NYU Langone, which seems to echo the enlightened beliefs of Bill W., William James and, yes, Timothy Leary.

We’re also highly encouraged former Representative Walters’ passionate advocacy. It’s clear that she’s the kind of public official who’s not afraid of the facts. She showed her moxie after meeting with the Orange County Central chapter of the Citizens’ Climate Lobby back in 2014 (even courageously joining the bi-partisan Congressional Climate Solutions Caucus). She’s clearly doing likewise now. In fact, as Chairwoman of the Board at Apollo Pact, which was founded by clinical participants of NYU and Johns Hopkins psilocybin studies, she’s doing so in bold and promising ways.

How about you? Are you having trouble with alcohol? Do you need help? We don’t recommend dropping magic mushrooms on your own, but you might try to get yourself into a study group somewhere. Otherwise you can try the more traditional approach. After all, that’s helped thousands and thousands, and it’s done so for decades. Heck, we’ve seen thousands get sober ourselves (including ourselves). Anyway, give us a ring. We’ll sort you out.