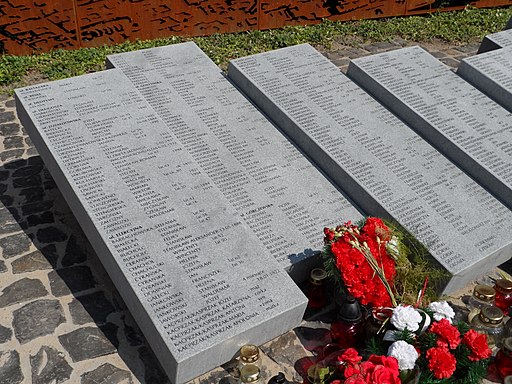 The Sacklers Get Away with Mass Murder

Between space age forensics and ever-present cameras, it’s nearly impossible to get away with murder anymore. But what about mass murder? What happens to those who kill a hundred or a thousand or a hundred thousand? What about five hundred thousand? Well, if you’re rich enough and smart enough and devious enough, you can get off scot-free. No matter how many Americans you murder.

Got doubts? Just ask the Sacklers. They’re the family behind the epidemic that’s so far killed over 500,000 Americans. We know it. They know it. The cops and the courts know it too. Yet, the Sacklers are walking away from it all with nothing more than the proverbial slap on the wrist. And even that’s gonna be broken down into nearly a decade of love taps.

How to Get Away with Mass Murder

A bankruptcy court gave members of the pharma family immunity from further civil suits. They don’t have to admit wrongdoing – and they may end up richer than they started.

That, friends, is the sorry subhead from American Overdose author’s Chris McGreal‘s recent Guardian story. No, the reporting isn’t sorry. But what’s being reported is about as sorry as it gets. After all this time, all these plaintiffs, all these deaths, the Sacklers are skating away.

Corporate money has a powerful and malign influence on so many aspects of American life. But even by that low standard, events this week in a New York bankruptcy court are shocking. The legal system has effectively allowed one of the country’s richest families to buy its way out of accountability for what a White House commission called “America’s national nightmare” of mass opioid addiction.

McGreal’s right. Even by America’s lowest of low standards, the bankruptcy judge’s decree is shocking. $4.5 billion in fines paid over nine years, immunity from civil lawsuits and no admission of guilt? For launching an epidemic that’s so far killed over a half million people and cost towns, counties and states untold billions? That’s shocking alright. And then some.

Then again, what did anyone really expect? The Sacklers’ attorneys chose their judge wisely. U.S. Bankruptcy Judge Robert D. Drain has long been friendly to corporations. Very friendly. In fact, of this country’s 375 bankruptcy judges, he’s one of just three who receive the bulk of all bankruptcy cases.

The Sacklers attorneys chose their court wisely too. “Companies have been using bankruptcy courts to consolidate their liabilities since the 1980s,” writes Bloomberg’s Steven Church and Jeremy Hill. More importantly, bankruptcy courts allow a corporation to say ‘Here’s the offer we’re going to give you. If you don’t play nice we are going to use the bankruptcy process to, at the very least, drag this on for years.'”

It’s simple as Simon and thrice as effective. Remember that the next time someone asks how to get away with mass murder.

Healing Properties has been covering the diabolical Sacklers for far too long. Frankly, we’re sick of it. We’re even more sick of them. No surprise though, considering how disgusting they are. We’re also tired of them, as well as their story. In fact, we’re absolutely exhausted by the entire ordeal. And that seems to be just what the Sacklers had been planning on all along. Us. You. The courts. The cops. They set out to exhaust us all. This way they could slip quietly away and we wouldn’t object a bit. Hell, we’d even be glad to get rid of their sorry asses.

Well, it worked. The Sacklers outlasted everyone. And in so doing they got away with mass murder. It’s not the first time a powerful family or company got away with mass murder. And it sure won’t be the last. But we’re supposed to be better than that these days. Better than them. We’re supposed to be able to hold the bad guy’s feet to the flame till they shriek with confession and remorse. Instead we let go before they got more than a few superficial burns on their big fat toes.

And what of the money these evildoers are ostensibly supposed to pay? Well, it amounts to about a third of the Sacklers’ (reported) profits. Since the family’s payment plan is spread out over nine years, compound interest and investments on those profits will surely cover a good chunk of the costs. And that’s of course assuming they actually pay the fines. It’s hard to believe there won’t be additional appeals or delays between now and the due dates.

Where will that money go? Well, the AP’s John Seewer and Geoff Mulvihill report that “victims of drug addiction can receive payments ranging from $3,500 to $48,000.” The rest of the theoretical forfeiture apparently will be split between the rest of the plaintiffs and/or “go toward opioid addiction-fighting treatment and education programs.” Considering the vast number of plaintiffs, were not quite sure how disbursal will be accomplished. Not equitably anyway. Do the families of the deceased get as much as those with someone in treatment? Do towns with a thousand deaths get as much as counties with a hundred? What about treatment facilities and community groups? Clinics and hospitals? They’ve all shared the burden too. Heck, they’re still sharing the burden. Do they get reimbursed?

No clue. We’re just glad that it’s not up to us. We do like the fact that we might at last be able to put the Sacklers in our rearview mirrors. We don’t however like the fact that the opioid epidemic is still here and ever present. It seems unfair that the Sacklers will be whistling on Billionaire’s Row while folks are still dying from a scourge they started. Actually, it is unfair. Then again, no one ever said mass murder was fair.

How about you? You having opioid trouble? Heroin? Fentanyl? Oxys? If so, please call someone. It’s not just the addiction (though there is that). It’s the risk within the addiction. There’s more and more fentanyl in more and more of every drug and we’re losing more and more folks every day. It’s not even worth it anymore. Try NIDA or SAMHSA. Or try calling us here. We’d be glad to help get you sorted. Damn glad. You will be too. So will your friends and your family. Trust us.