By now you know that Master P recently joined the list of parents who’ve lost a child to drugs. You’ll also probably know that it was his 29-year-old daughter – Tytyana Miller – who died. And that the cause was accidental overdose. Like the hundreds of thousands of overdose deaths that have preceded hers, it was senseless and tragic. It also proved yet again that no one is immune to drugs, or their consequences.

Well, Master P isn’t content to sit by while scores of Americans keep dying. So he’s going to do what he’s done every other time his family was beset by tragedy. He’s going to step up, speak out and put his ideas to work. In fact, the self-made mogul sat down with CBS Mornings’ host Gayle King to explain what was up.

Master P was born Percy Miller. He grew up in New Orleans’ infamous (and deadly) Calliope Projects. For most folks, that’s where it begins – and ends. And the in-between is nothing but ugly. Fortunately, that ugly doesn’t last long, because Calliope residents seldom make it to drinking age. And those that do see adulthood, rarely see much of it, unless they’re very lucky.

Miller was one of the very lucky ones. Good on the court, he landed a scholarship with the University of Houston. A bad knee though sidelined him early, so he transferred to Merritt College out in Oakland, where he majored in Business Administration. It seemed to be a perfect fit. Then he opened a shop called No Limit Records and Tapes. Master P was well on his way.

He had two things going for him – an innate knack for business, and a personal preference for family. In fact, Miller takes what happens to his family very personally. And when his brother Kevin Miller was gunned down in New Orleans in 1990, Master P was galvanized in way few folks can imagine.

“It’s a wake-up call to realize you can lose something as precious as a life,” he told the New York Times‘ Neil Strauss back in 1998.

It was just the first of what would be many family tragedies. And just the beginning of a brilliant career.

Master P almost immediately moved his California-based record store back near his family in New Orleans. He also got some of his sibs in on the action. In fact, No Limit’s first signing – TRU – included his brothers C-Murder and Silkk the Shocker (born, respectively, Corey and Vyshonn Miller.) From there, all bets were off. Or on. Because No Limit showed Master P was a man worth betting on.

Nobody knew that better than Master P, who put everything back into himself, his endeavors and, by extension, his family. His ventures include (or have included) P. Miller Enterprises, Moneyatti Shoes, Big Poppa Burgers, Rap Snack Noodles, Genius Minds Pictures, No Limit Films, and of course No Limit Records. His sports management agency – No Limit Communications – handled star running back Ricky Williams. His real estate investment and property management company – PM Properties – controls over 100 properties across the United States. Master P even dove into energy drinks (“Make ‘Em Say Ughh!”) and Black TV (Better Black Television) long before other rappers. In fact, BBT was the first time a black rapper established their own cable network. And, of course, he also has his own water line (LA GREAT).

But like we said, Master P is also big on family. And when he’s not setting the stage for his siblings, he’s paving the way for generational wealth. No less than three shows (Growing Up Hip Hop, Romeo! and Master P’s Family Empire) helped Dad launch and steer his kids’ respective singing, acting, modeling and sports careers. And while TRU might be on hiatus (C-Murder is in prison), Silkk the Shocker is signed to Master P and son Romeo’s No Limit Future label. And BET is bringing everyone up-to-date with No Limit Chronicles.

That familial urge extends to New Orleans itself. Master P’s decision to relocate No Limit back to his hometown did wonders for the city, both culturally and economically. He signed a slew of local talent, including Mystikal. And helped to ensure Bounce became more than a mere regional anomaly. 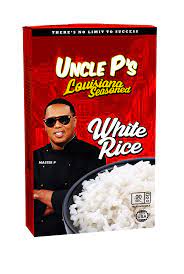 Master P of course also put money where his mouth was. In fact, he and his family are behind a slew of community endeavors, in New Orleans and beyond. In 2007, he built P. Miller Youth Centers in Chicago, Los Angeles and New Orleans and established P. Miller Food Foundation for the Homeless. Efforts that would compel Memphis Mayor Willie W. Herenton Jr to give him the key to the city. A couple years later, Miller and his son Romeo were awarded the Certificate of Special Recognition from Congress member Maxine Waters

But it’s the loss of daughter Tytyana that has truly galvanized the mogul. As he told the crowd at Orlando’s Funk Fest last month, in front of a clip celebrating her life:

“I love my daughter. Man I miss her. I always was her parachute but now she’s my parachute up in the sky looking over me. We ain’t gon’ grieve no more. We gon’ celebrate because now I’m going to be able to take care of million of kids and save millions of lives. I’m going to get out here and play my part. I know that God put me in this world for a passion and a purpose. Mental illness and substance abuse is a serious thing.”‘

It was a message Master P continued with Gayle King. Yes, he wondered what else he might have done – or done differently. (“Everybody plays that tape.) And yes, he took steps to see about changing. In fact, at a family meeting after Tytyana’s death Master P asked his clan: “What am I doing wrong?”

Some of my kids said I was controlling, so I had to look into my own mirror and say that’s true but I’ve only built parameters for protection – out of love – because I know where I’ve come from and what I’ve been through.

Mostly though, the mogul saw how universal this tragedy has become – and how devastatingly serious.

We look at mental health and substance abuse and it’s serious. It affects everybody – black, white, Asian, Latino, rich, poor.

I told my son Romeo, I’ve broken a lot of stereotypes and [countered] a lot of curses. Now you’ve got to do the same. Romeo’s my hero. And I feel he can change the next generation.

Miller’s most enduring words though came from the stage, as well as via social media:

Life is too short. Give your loved ones their flowers while they are alive.

Healing Properties salutes Master P, for his acumen as well as his courage. And we applaud his decision to shed some bright light on mental health and substance abuse. Do we wish our salutations and applause came under different circumstances? Of course we do. Just as we also wish these circumstances didn’t exist. But exist they do. And stepping up is now the only way we’ll see some change.

Master P has the right idea. Team up with the best players and have at it. Combine resources with strength, know-how with moxie. And mostly, keep the faith. Master P knows a thing or three about faith. After all, you don’t build an empire without it. Nor do you bounce back from tragedy. Let’s take a page from the Master.

How about you? Are you keeping the faith? Could you use some help? We’re here, you know. And we’re ever-ready to lend a hand, no matter what ails you. Seriously. We’ve been helping folks find and keep the faith for two solid decades. That’s 20 solid years of non-stop nose to the grindstone. Sure it was work. Hard work. It was also immensely rewarding. Then again, helping folks discover who they really are provides nothing but rewards. Want proof? Give us a ring and we’ll fill you in.