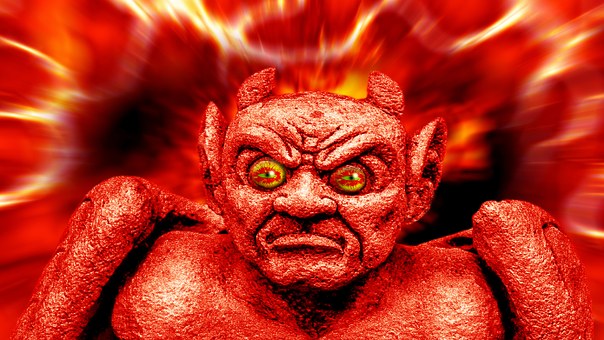 Purdue Pharma is finally paying some of the price for orchestrating the deadly opioid epidemic. But will its chief consultant McKinsey & Company also be penalized?

More and more folks insist they should be.

Too Sickening for Words

“Last month, the pharmaceutical giant Purdue Pharma pleaded guilty to charges related to the sale and marketing of the painkiller OxyContin. Even by the standards of corporate malpractice, the company’s behavior, as detailed in a now-concluded federal investigation, is almost too sickening for words.”

That’s ace investigative journalist Luke Savage. Writing in The Jacobin. But the diabolical Purdue Pharma isn’t the actual target of Savage’s savaging. It’s McKinsey & Company. Perhaps the world’s most powerful consulting firm. Why? Because McKinsey helped Purdue “turbocharge” the lethal epidemic. And it did so with complete and unmitigated evil.

But Savage insists McKinsey’s lethal role “should come as no surprise.” After all, “the company is a citadel of America’s amoral capitalist elite, [and its] only loyalty has always been to profit.”

Consequently, the tactics McKinsey employs for the “more than two thousand” institutions, governments and corporations it represents go as far beyond the pale as necessary to reap great financial reward. Yes, that includes Purdue. Who just may have been following McKinsey’s advice all along.

The Price of Mass Murder

The Purdue Pharma settlement is well documented. The company was socked with a criminal fine of $3.5 billion and another $2 billion in criminal forfeiture. The penalties are apparently “the harshest ever levied against a pharmaceutical manufacturer.”

They also “probably offer little comfort to the countless people affected by the opioid epidemic.” In fact, the fines most likely offer no comfort whatsoever. How could they? Considering the epidemic continues to “kill more than one hundred Americans every single day and has [so far] claimed the lives of over 450,000.”

Worse (if there is such a thing) is that the people behind the mass murder have this far evaded criminal prosecution. And its trusty consulting company “will be walking away with nothing but a PR headache.” In fact, up until last month McKinsey wasn’t even named.

How Much is That Loved One in the Window?

Whoever said you can’t put a price on people’s lives obviously never met a McKinseyite. In fact, McKinsey not only put a price on overdose deaths, but it also proposed a euphemistic way to reimburse distributors for their troubles. And why shouldn’t they? After all, overdose deaths can be such messy affairs. The least Purdue could do was offer some monetary solace.

So in 2017 McKinsey projected how many customers “would either die or develop opioid use disorders” as a result of being prescribed OxyContin and then made plans to cover the clean-up costs. To make nice of the situation, McKinsey termed the deaths and addictions as “events” and the clean-up costs as “rebates.” And then forecasted accordingly.

In one model, the clever consultants projected 2,484 “events” would cost Purdue roughly $36.8 million. Or $14,810 per dead or addicted American.

Isn’t that about the price you’d put on the head of your loved one? We thought so.

“Increased awareness about the dangers of excessive OxyContin prescription had caused distributors and public authorities alike to become more cautious,” writes Savage. And that “development threatened to reduce profits.” So McKinsey applied some “sophisticated analytics techniques” to a targeted marketing plan and prettied it up with the “peppy, and vaguely collegiate label ‘Evolve to Excellence.’

“E2E took a multifaceted approach to increasing OxyContin prescribing and Purdue’s profits. The consulting company [McKinsey] recommended, among other strategies, refreshing Purdue’s marketing messaging — particularly around titration to higher, more lucrative dosages — and undertaking strategies to ensure prescriptions would be filled. At its core, however, E2E focused on intensifying marketing to the very highest-volume prescribers in the country by targeting them with increased frequency and minimizing sales representative discretion in identifying prescribers to target. The E2E call plans targeted the highest-volume prescribers in the country, and the program demanded stricter adherence with call plans than had existed in years past.”

In other words, identify the problem areas, then hit ’em with everything you’ve got. That should reduce “challenges” to your revenue goals.

It was this mindset that McKInsey applied when it was retained by U.S. Immigration and Customs Enforcement (ICE). Only this time the “consultants reportedly made a series of recommendations so extreme that even some career ICE personnel grew uncomfortable.” We’re not sure why though. After all, among the rather harmless recommendations were “restricting the caloric intakes of people in detention, cutting spending on medical supplies, and streamlining the deportation process.” What’s so wrong about denying people food and medical attention while attempting to speed up their “repatriation”?

Savage insists “McKinsey’s involvement in the Trump administration’s cruel immigration agenda is just one incident among many to have earned it unwanted scrutiny in recent years — and almost certainly won’t be the last.” Especially considering it’s “elsewhere involved with various despotic governments, corrupt figures, and authoritarian regimes.”

“Though the company has not been charged or sued by the federal government, McKinsey’s involvement in Purdue Pharma’s activities was clearly not passive or peripheral.” In fact, “McKinsey consultants worked closely with Purdue Pharma management both to identify the causes of declining sales and to formulate a strategy by which they could be reversed.” That they did so despite the obvious catastrophic costs is at once atrocious and abominable. Savage says “McKinsey’s best and brightest effectively helped Purdue Pharma carry out the corporate equivalent of manslaughter.” We wonder if their efforts don’t more closely resemble mass murder. And premeditated mass murder at that. After all, both McKinsey and Purdue knew full well that mass prescriptions would kill people. Yet they ramped up the prescribing anyway.

What do you think? Should McKinsey also be held accountable? Have you also suffered as a result of its actions? Has someone you know and loved suffered? Ralph Boggs has. And he thinks the billion dollar fines aren’t enough. Boggs, who was prescribed OxyContin in the early 2000s and recently lost his son to a fentanyl overdose, told the New York Times: “We can’t get our loved ones back. To me that’s not worth anything. You can’t write a dollar amount for that.”

If you or a loved one needs help battling addiction please give Healing Properties a call. We can help. In fact, we’d be honored to help. After all. it’s all we’ve done since 2002.