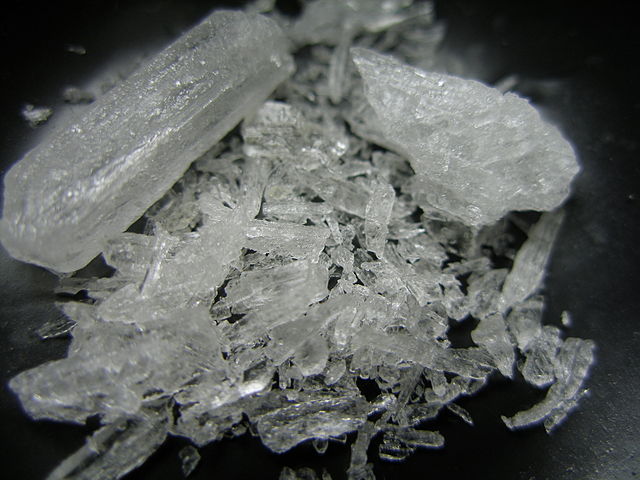 A Cure for Meth Addiction? Maybe

That’s right. Researchers have found that a combination of two existing drugs can significantly help curb meth addiction. The double-dose is injectable naltrexone and oral bupropion. Naltrexone (aka Vivitrol) is primarily used to treat opioid addiction. Bupropion is an antidepressant and smoking cessation medication.

No word yet on how long meth addicts would need to be medicated.

Meth has long taken a backseat to opioids in everything from attention to treatment. But a recent rise of meth addiction and overdose is helping to change all that. Then again, when nearly 20,000 people die from a drug during a single year that’s bound to happen.

Since meth had been delegated to the backseat, scientists have had few opportunities to concentrate on treating meth addiction. So whenever an opportunity did arise, it’s been prudent to see what could be accomplished using existing drugs. Back in 2019 for example, a clinical trial found that an antidepressant called mirtazapine helped some people reduce their meth use.

(BTW: This report is culled from Andrew Joseph‘s ace reporting for Stat News.)

Doctors have also found that it’s easier to prescribe drugs already approved by the FDA. Insurers are much more likely to cover such prescriptions as well, especially when they’re backed by clinical trials. The practice is called “off-label” prescribing. That is, using medications to treat maladies other than that which they were originally intended. And it’s become an expedient method of treating meth addiction.

Whatever the drug and however it makes the grade, clinicians are concluding that medications work best when they’re combined with behavioral therapies. In fact, more and more clinics are insisting that contingency management and other such helpful therapies be integrated into every addiction treatment program. More and more participants are benefitting from the requirement too.

The University of Alabama-Birmingham’s Dr. Stefan Kertesz told Stat News he could easily imagine offering the medications in conjunction with therapies such as contingency management.

“This new trial suggests a combination of medications can improve [our] chance of success,” wrote Dr. Kertesz. “And that is promising.”

The new clinical trial started with more than 400 regular users of meth. Some received medications; others received a placebo. At trial’s end, 13.6% of the medication group had clean urine tests at least three of four times. The placebo group only mustered a 2.5% negative test rate.

While that number might sound low, experts said the results are on par with alcohol and smoking addiction treatment methods. They weren’t however nearly as effective as the Medication-Assisted-Treatment (MAT) methods used to fight opioid addiction.

“This is a very serious illness with fatal consequences for which there are no available treatments,” said Dr. Madhukar Trivedi, the chief of the mood disorders division at the University of Texas Southwestern Medical Center and the lead author of the paper, which was published in the New England Journal of Medicine. “There is hope now for methamphetamine use disorder.”

Healing Properties applauds Dr. Trivedi and everyone else involved in the new study. The sky high overdose numbers prove meth addiction has too long been given short shrift. It’s incredibly encouraging to see such distinguished doctors and scientists step up to address the disparity. We’re especially grateful to the study’s 400 volunteers. Without their participation of course there’d be no study. And America wouldn’t be this much closer to effective meth addiction treatment. We’d also like to thank Stat News reporter Andrew Joseph, whose reporting made this report possible.

How about you? Are you battling meth addiction? Having trouble with any other type of drugs or alcohol? Would you like to change all that? If so, please get in touch. We’d very much like to help. In fact, we’d be honored to do so. We’ve dedicated almost two decades to helping men beat addiction. And we’re ready, willing and eager to help you flip the script too. So go ahead. Give us a call. You’ve got everything to gain and nothing to lose.