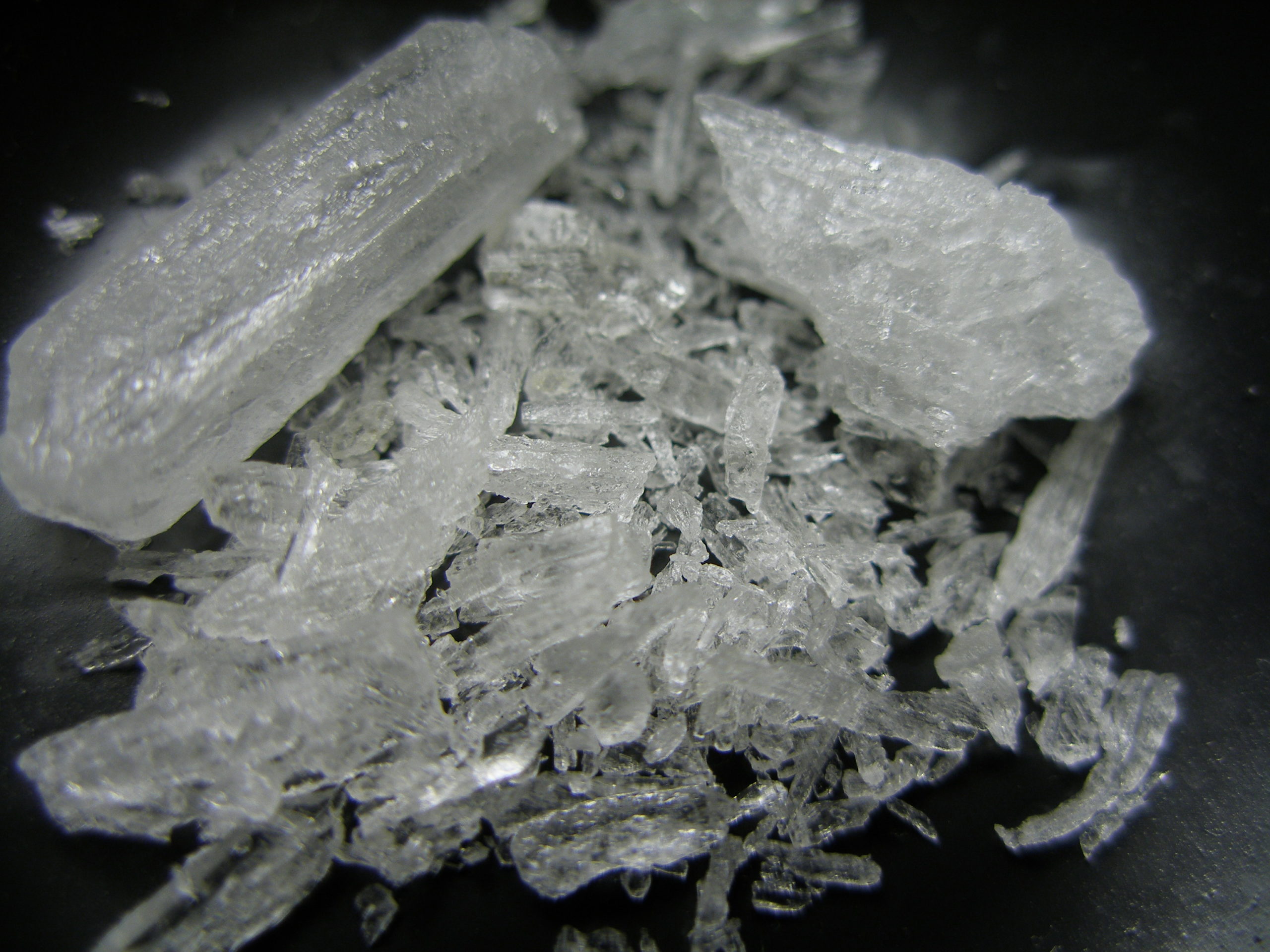 Meth in America: What Are the Top 10 States?

It eats your teeth, shreds your face and tastes just like poison. It’s Meth. And it’s ripping the colors right off the Ol’ Red, White and Blue. Okay, so that might not be quite right. We’ve still got Red. We’ve still got White. And we’ve still got Blue too. Only now, the Red represents bloodspill, the White mimics the skin’s ghostly pallor and the Blue is the blue found only in corpses. In other words, a far, far cry from the hardiness, purity and vigilance meant to be represented by the colors of our Nation’s flag.

It’s getting worse too. According to a Millenium Health Report, people are using meth at roughly twice the rate as cocaine. And while fentanyl is making its own push for the Number One slot, it’s still only about half that of meth. (Fentanyl’s rise though has in turn significantly lowered the heroin use rate.)

But which state is doing the most meth? Well, that depends on who and when you ask. The Missouri State Highway Patrol Report (which came about after the Show Me State led the nation in meth seizures) put Michigan at the top of the speed heap back in 2018. A year later Millennium Health placed Arkansas at #1. WalletHub also has a survey, which gauges states in their narcotized entirety, and it claims the District of Columbia ranks highest in most overall drug use, with West Virginia on its heels at #2.

Let’s stick with the latest (Millennium Health) and the most extensive (WalletHub).

These are the 10 states where meth is making its ugliest mark — and taking its deadliest toll.

Worse though are the states where fentanyl has been added to the meth mix, thereby making a deadly drug all the deadlier. We’re not just talking about a few cases either — or a minimum add. In fact, meth seized in Ohio and Kentucky had fentanyl rates approaching 40%.

Of course fentanyl-laced heroin still tops the charts by an obscene margin. Here Millennium Health found the lethal synthetic opioid in nearly 97% of all Maryland heroin. Kentucky and Missouri were close behind with a respective 93.9% and 92.6%. That is to say, in those places nearly every shot is likely to be a hot shot.

Okay, so naloxone is becoming more and more available. But that doesn’t mean it’s available everywhere all the time. And it most certainly doesn’t mean that there’s always gonna be someone on hand who can administer the life-saver, let alone know how to use it. Plus, even when naloxone is on hand, and there’s someone sitting right alongside the user, the odds of stopping 97% of all hot shots have gotta be astronomical.

But it’s the all-around spread of meth itself that most concerns us here. How the drug went from bikers to farm boys to circuit riders is mystery enough. How it came to dominate the general population is a puzzle that’ll take an Einstein to solve.

Then again, maybe it won’t. With the prescription opioid spigot shut off and heroin becoming more and more expensive to traffic, fentanyl is the natural next big thing. Sure it’s also an overdose generator. And yes, overdoses are bad for business. But mix that fentanyl with a little counteracting meth and — bam! — you’ve got a high you can ride into what feels like eternity. And for a fraction of the old price at that.

That’s all supposition of course. But it’s not entirely without merit. After all, methamphetamine use is exploding across the country, and it’s exploding in places where meth used to be a rarity. There’s gotta be a bombmaker somewhere. But if we don’t call out the Bomb Squad, we’re gonna end up with a war zone of dead bodies.

“If crystal methamphetamine explodes the way that we think it is,” says the DEA’s John DeLena “the heroin epidemic will look like the minor leagues.”

DeLena is Special Agent in Charge of the DEA’s New England Field Office, so he knows what he’s talking about. In fact, he’s been sounding the alarm about meth everywhere that will have him. The above quote comes from an appearance in front of the Substance Use Disorder Collaborative in New Hampshire back in January. The next month he launched Operation Engage Manchester in order to team up with local community organizations and stakeholders and further spread the word about both fentanyl and meth. We came upon Special Agent DeLena’s actions via some very thorough work by Steven Dudley and Parker Asmann at InSight Crime. Like the DEA, the ace reporters want everyone to know that meth has gone from being a backwoods anomaly to what’s perhaps this country’s single greatest narco danger, especially if fentanyl is thrown into the mix.

Before It’s Too Late

What about you? Have you seen a rise in meth use? Has it hit you yet? How about your friends or family? They mixing it up? Are you seeing more and more fentanyl mixed in with other drugs? Are you doing more fentanyl-laced drugs? Would you like to stop? Help is out there you know. Serious and effective help. SAMHSA can hook you up. So can NIDA. Healing Properties can help you out too. All you’ve gotta do is call. Whaddya say?