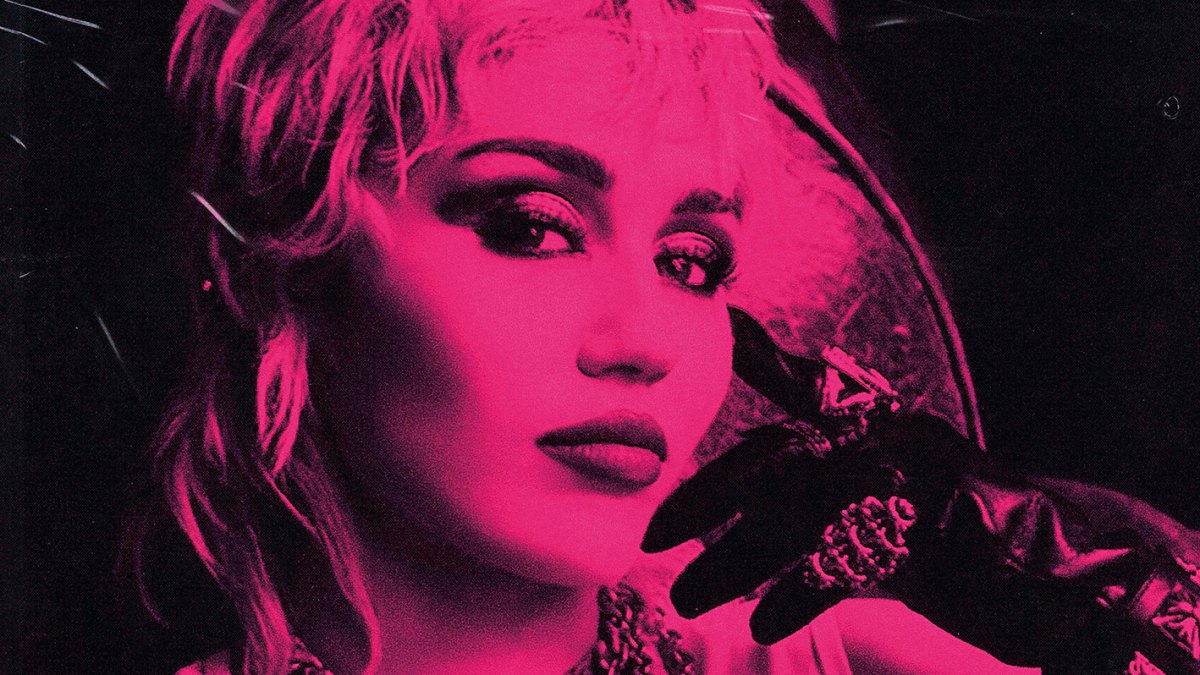 Miley Cyrus isn’t drunk. She’s not high either. But her Plastic Hearts might make you feel like you’ve fallen off the wagon. Makes sense too. It’s an absolutely rollicking album. It also makes sense that it would cause Cyrus herself to relapse. Especially considering it’s perhaps her most abandoning effort.

Indeed, Plastic Hearts comes just two weeks after Hollywood’s most infamous songstress’s latest relapse. We don’t know how many relapses that makes. And frankly, we don’t care. After all, recovery is a work in progress. We’re just happy she’s sober again. And ready, willing and eager to face her demons.

Again, Miley Cyrus isn’t drunk. And again, Plastic Hearts might indeed make you feel as if you’ve fallen off the wagon. That’s because the album happens to be a collection of some of Cyrus’s most delirium-inducing songs. It’s also because she’s been there, done that, and will never forget it.

In fact, she’s ever-ready to admit as much, even when the songs aren’t drunk with delirium.

“One drink and I’m back to that place,” she sings in “Hate Me”. Then adds, “the memories don’t fade.”

And good for us that those memories don’t fade too. Because it’s Cyrus’s capacity to get back to that place which gives her songwriting such poignance and candor. It’s also what helps her reach a sort of aural catharsis throughout much of the LP.

That rise is most evident in the tracks “WTF Do I Know” and “Night Crawling”. The latter also features Billy Idol and could easily come from the peroxide-topped bad boy’s White Wedding era of churn and bang. You can even hear echoes of Idol’s ’80s era debauchery within the roar of it all. Whether or not Cyrus was consciously attempting to elicit some of Idol’s scrappier ingredients doesn’t matter. The fact is she’s done so. And she’s done so in a manner that’s neither fawning nor disingenuous. No easy feat in such a well-played world.

Idol’s own heavily-checkered past is well-chronicled, including his drunken trashing of (and subsequent eviction from) Hollywood’s infamous Chateau Marmont on the very day John Belushi overdosed and died. And we’ve no idea whether or not Cyrus tapped Idol because or even despite of that past. But — again — her intentions don’t matter as much as the results. And Idol’s history adds fine fuel to the flames.

So does the history of Stevie Nicks, another Plastic Hearts guest star. Nicks has been sober for decades but admits to once being “the worst drug addict” ever. Like many accomplished ex-addicts, she’s got an innate capacity to tap into the dark side. And the legendary singer’s steely and soarful contribution to the “Edge of Seventeen” / “Midnight Sky” mash-up gives the song a deep and distinct authenticity.

Yes, Miley Cyrus fell off the wagon.. CNN reported the news. So did just about everybody else. In fact, some of the outlets seemed almost breathless about it all. Almost as if they were cheering her relapse. Shame on them.

Relapse happens. To virtually everyone in recovery. And the only shameful thing about it is the obvious glee some folks show when someone else falls off the wagon. It’s especially apparent with public figures of course. But it’s by no means limited to those in the limelight. Heck, you can hit any AA meeting a find some knucklehead silently chuckling in the back row while someone shares about a relapse.

That means Cyrus notched two big accomplishments — a new album and a new sobriety. For those she should be doubly applauded.

“Miley Cyrus is being open about how she too has struggled during the pandemic.” In fact, she’s being admirably open. No simple matter for anyone, let alone such a public figure.

It happened “during a recent appearance on Apple’s New Music Daily with Zane Lowe.” Cyrus stepped up to admit her relapse. She also came clean with her desire to not appear disingenuous.

“I fell off and I realized that I now am back on sobriety,” she said. “Two weeks sober.” Adding she’s “decided not to play the blame game.”

“One of the things I’ve used is, ‘Don’t get furious, get curious,'” she said. “So don’t be mad at yourself. But ask yourself, ‘What happened?'”

CNN says the singer admitted to “issues with moderation,” as well as her belief that “everyone should do what’s best for them.” She’s even come to the conclusion that sobriety might not be right for everyone. Now though, it does happen to be right for her.

Cyrus said the last three years of her life have been a “cocktail of chaos.” She famously split with her husband Liam Hemsworth and, before that, they both lost their home to the Malibu wildfires. She also spent the last year pointedly trying to avoid joining the 27 Club.

“Jimi Hendrix, Jim Morrison, Kurt Cobain and Amy Winehouse are a few of the celebrities who all died at that age,” she said. “It’s a very pivotal time. You go into that next chapter or this is it for you.”

Cyrus is 28 now. So at least that worry is over. Sobriety’s still an issue though. And it appears as if it will remain an issue too. But that’s nothing to be alarmed over. It’s simply how this disease works. You keep your guard up. Twenty-four hours a day. Seven days a week. So if something sneaks up on you, you’re ready. And if said something happens to slip through. No biggie. You simply pick yourself up, dust yourself off, and get back into the fray.

This isn’t Cyrus’s first rodeo. And it likely won’t be her last either. But she’s shown to be a rider. And we’ve got nothing but confidence in her.

Healing Properties congratulates Miley Cyrus on her remarkable Plastic Hearts. Stepping up and unleashing an album’s worth of tracks is itself one hell of an accomplishment. That it happens to come during a pandemic from someone who’s battling addiction makes it an even more remarkable achievement. That the album also still manages to be kickass puts it over top. We also wish Cyrus luck with this new stab at sobriety. Again, recovery is a work in progress. We know that. She knows that. And so does everyone else with any common sense. And if it sometimes takes a few tries before it truly kicks in. In fact, it often takes a few tries. But there’s definite rewards for those who try and try again. Cyrus us one of those never-give-up types. And we’ve got faith she’ll get where she needs to be right when she needs to be there.