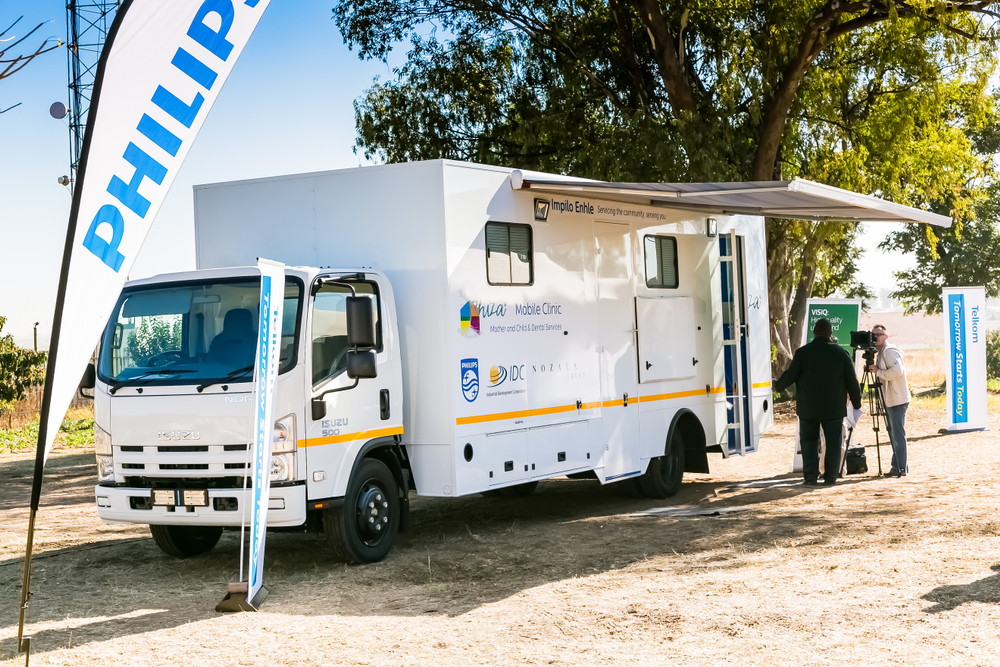 Mobile Methadone Clinics: Where Do You Stand?

It’s currently easier to open a fully nude, full liquor strip club than it is to open a methadone clinic. So you can just imagine how hard it is to open a mobile methadone clinic. In fact, you don’t have to imagine. Because of the 1,900 Narcotic Treatment Programs (NTPs) currently registered with the Drug Enforcement Administration (DEA), only thirteen (13) have a mobile component. That’s right: thirteen. And if that number doesn’t defy imagination, nothing does.

Why so few? Well, in the first place the DEA hasn’t issued any new mobile methadone licenses since 2007. Word is they’re worried about diversion. But that doesn’t make much sense. Even if methadone were able to be diverted (unlikely), very few addicts would even bother. Why would they want to risk being forever blacklisted? Especially with heroin being readily available around just about every corner.

Furthermore, methadone doesn’t get you high. Okay, the newbie might get a bit of a buzz. But that high is in no way equivalent to heroin. Not even close. Besides, the body acclimates to the drug almost immediately. That’s not to say methadone isn’t dangerous, mind you. (A reported 3,300 Americans did die from methadone poisoning in 2015.) It is to say, though, that the drug’s not nearly as dangerous as it’s made out to be.

No, diversion sounds like more of a smokescreen than it does a real honest-to-Zeus reason. See, methadone suffers the same stigma as addiction. Consequently, methadone treatment has been stigmatized from day one. How else to explain that only 350,000 people receive such Medication-Assisted Treatment (MAT) when at least 10 million Americans are misusing opioids?

This month the DEA unveiled what it called the Mobile Methadone Van Rule. The new Rule, which goes into effect on July 28, streamlines registration requirements for Opioid Treatment Programs (OTPs) that want to include a mobile component. It’s another part of the Biden-Harris Administration’s Year One Drug Policy Priorities program we’ve been raving about. It’s also yet another example of this administration stepping up and delivering.

And we do mean stepping up and delivering. In fact, Team B-A is so intent on stepping up and delivering that its top officials are doing so in person. That’s right, both Regina LaBelle, Acting Director of National Drug Control Policy (ONDCP) and Tom Coderre, Acting Assistant Secretary for Mental Health and Substance Use at the Substance Abuse and Mental Health Services Administration (SAMHSA) took to the road and toured one of the few remaining “legacy” vans that provides opioid use disorder medication for at-risk individuals. The two also participated in a roundtable at John Brooks Recovery Center. In on the action? Providers and partners at the New Jersey Department of Human Services, as well as graduates of the treatment program itself. How’s that for stepping up and delivering?

The move follows a rule the DEA proposed in early 2020 that would make mobile components a “coincident activity” and thus not burdened by separate and more onerous restrictions. At the time GW Regulatory Study Center senior policy analyst Laura E. Stanley said the “DEA’s proposed rule represents a significant improvement over the status quo.” Stanley was especially supportive of its potential to “reduce the cost of expanding treatment for opioid use disorder and increase access to critical treatment.” She didn’t however believe the DEA had gone far enough in reducing the burdens, nor that it was moving fast enough to meet the demand.

If the current Administration’s actions are any indication, it seems that those objections are finally being addressed. And with 92,000 overdose deaths reported over the 12 months leading up to October 2020, we most certainly need the addressing. We most certainly could use the new outlook too.

What Do You Think?

What do you think about the move to include more mobile methadone treatment? What’s your take on methadone in general? And other forms of MAT? Treating co-occurring disorders with say,, antidepressants, is as much a form of Medication-Assisted Treatment as weaning on methadone or buprenorphine, so there’s really no reason to be against MAT out of hand. If however you believe methadone is simply substituting one addiction for another, well, that’s another story. But you may want to ask someone who has undergone the treatment before you give it a final The End.

Speaking of treatment… How about you? Have you fallen afoul of the dreaded opioids? What is it — heroin? Fentanyl? Are you mixing it with meth or cocaine? That’s a highly volatile combo, you know. Lethal even. So you may want to call someone about it. SAMHSA has a good hotline. So does NIDA. Heck, you can also call Healing Properties. We’d be glad to sort you out. In fact, we’d be honored. Really.