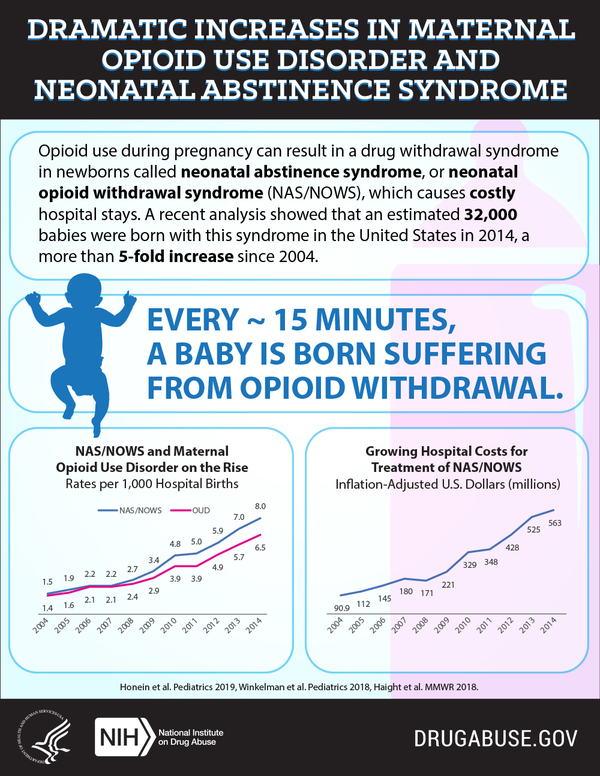 Cass was really going through it. Cranky, drenched in sweat and a wail with tears. Not just any tears either, but gushing, rushing buckets of what looked like pure despair. The nurses were sickened. So were the doctors. Cass shouldn’t even know about despair, let alone be suffering from it. She was only a day old. That’s right. One day old. And while she may not have been old enough to know despair, she was certainly old enough to be an addict. Officials used the term Neonatal Abstinence Syndrome (NAS). Everyone else simply called it junkie baby sickness.

Cass was born addicted to heroin. Now without the drug, she was suffering from NAS, which really is medspeak for baby junkie sickness or withdrawal. Cass’s entire being was literally screaming for more heroin. Though, frankly, she would’ve been just as “righted” by Oxy, Roxy, Perc or any other opioid. Fentanyl too, of course, though that extra-strength synthetic would probably kill her. In fact, Cass could’ve been killed by any of the aforementioned. And the doctors were wondering why she wasn’t.

Well, at first they were wondering anyway. Then they discovered Cass’s mother had a $100 a day heroin habit that didn’t stop when she got pregnant and things became crystal clear. Cass was born with an almost adult-sized opioid tolerance. Unfortunately, that meant Cass had to be weened using almost adult-sized doses. So though every dose could’ve easily been her last, without them she’d probably die.

Drug abuse is obviously a national problem. And it’s not just a problem for adults either. Not when we see over 20,000 babies are born suffering from neonatal abstinence syndrome (NAS) every year. Heck, that’s the equivalent of one baby junkie every 25 minutes!

That nugget comes from the good folks at the National Institute for Children’s Health Quality, a mission-driven nonprofit dedicated to realizing dramatic and sustainable improvements in the complex issues facing children’s health. In other words, NICHQ is ensuring the U.S. considerably ups its children’s health game.

Those numbers would be alarming if the CDC didn’t have some that made things even worse. That’s right, 2017 data from the Healthcare Cost and Utilization Project (HCUP), which is managed by the U.S. Agency for Healthcare Research and Quality, found seven of every 1,000 newborn hospital stays were for NAS. for every 1,000 newborn hospital stays. That’s approximately one baby every 19 minutes, or nearly 80 newborns diagnosed every day. An 82% increase from 2010 to 2017.

As you likely suspect, all those baby junkies place a burden on hospitals.

One hates to even imagine how much the burden has risen since 2017.

By now everyone knows substance use and abuse isn’t limited to the inner city. In fact, the last decade has shown rural areas to be proportionately more impacted than cities. That impact of course trickles down to the children, especially the unborn, who have no choice about what goes into their bloodstream. Consequently, we’ve seen an annual rise in Rural NAS.

Fortunately, some good folks are out there trying to help there as well. Many of the most adept of those organizations connect through the Rural Health Information Hub. RHIhub used to be known as the Rural Assistance Center. Then as now, it was funded by the Federal Office of Rural Health Policy to be a national clearinghouse on rural health issues. And like then, they’re “committed to supporting healthcare and population health in rural communities.”

To do so RHIhub offers a comprehensive array of assets ranging from on-site tools and resources to nationwide study and funding opportunities. The Funding, for instance, is broken down by Type, Sponsor, Topic and State, which makes applying for and securing such funds a veritable cinch. Same goes for the Case Studies and Conversations, which include Podcasts, Webinars, Videos and – yes! – even Twitter Chats. If you’re seeking to be united around a cause, you need to seek no further.

The Prevalence of NAS

We’re not going to pretend to know all about Neonatal Abstinence Syndrome or NAS. (Though we will say it’s also known as Neonatal Opioid Withdrawal Syndrome or NOWS.) We’re not going to get into symptoms or treatment or any of the other myriad musts that come with such a nightmare either. Not because we don’t care. But because NAS is something that should be professionally addressed, from every angle. If you or someone you know is even discussing the possibility, we insist you immediately see a medical professional. Babies and addiction isn’t something to be taken lightly. And it sure isn’t something that can be handled at home.

So why bring it up? Well, in the first place because babies matter. They matter to us and we hope to you too. In the second because if the numbers were astronomical in 2018, they must be beyond stratospheric now. And while we’re a little puzzled those numbers aren’t readily available, we don’t need the latest data to know it’s a serious issue. Besides, what’s the difference between one baby junkie born every 19 minutes and one baby junkie born every 25 minutes? Both numbers are cause for pure alarm.

Speaking of alarm… are you aware of NAS? Do you know anyone who’s at risk? If so, please contact either RHIhub or the SAMSHA helpline. If you suspect trouble ahead, you can also call the National Child Abuse Hotline. (24/7 and completely confidential.) But if it’s a real emergency, please call 911.

How about you? Have you been taking care of yourself? Is everything copacetic or are you still equivocating? Are you ready to finally pull the plug? End that drug and alcohol binge once and for all? Then give us a ring. Please. Healing Properties been helping men for 20 years. We’d be honored to help you too. Truly honored. Why? Because that’s what we do. Simple as that.