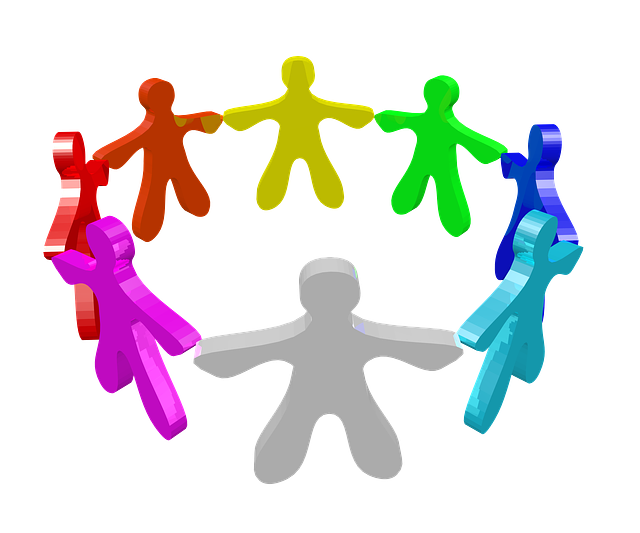 New Jersey Community Groups not only need to meet all the challenges found in every other state, they also have to contend with those of the two big cities that loom on the state’s borders to the north and south. It isn’t the easiest of missions to accomplish. Not by a long shot. But that doesn’t prevent these dedicated teams from stepping up and fighting the good fight, day in and day out, throughout the year.

And fight they must. New Jersey had nearly 27,000 drug overdose deaths last year, over 5000 more than 2019. That’s what the NJ Department of Health reports on its Office of the Chief State Medical Examiner dashboard. And the DOH certainly knows a thing or three about a thing or three. In fact, New Jersey’s DOH sets a steady and resolute tone for the entire state. And one gets the impression that tone is echoed and advanced by the New Jersey community groups themselves.

We’re not the only ones impressed by the NJ DOH. Back in June the state’s Governor (Phil Murphy), Senate President (Steve Sweeney), and Assembly Speaker (Craig Coughlin) announced they’d be naming the new Department of Health building after Health Commissioner Judy Persichilli. A singularly fitting tribute for a singularly steadfast public health servant.

“Commissioner Persichilli is a true humanitarian,” said Lt. Governor Sheila Oliver, who joined her colleagues on the dais. “Her tireless leadership and expertise in helping us emerge from this pandemic has been remarkable. And I can think of no other person in the State who is more deserving of this honor.”

Of course, Covid isn’t the only threat to New Jersey’s well-being. That’s why Commissioner Persichilli and her team put together an easy-to-use site loaded with data and dashboards directed at drugs and their consequences. It’s also why many of the state’s most committed community groups rise every morning. But since there’s no better way of illustrating that fact than by profiling the groups themselves, we’ll do just that.

Our shortlist of New Jersey community groups comes from the great good folks at the Partnership to End Addiction. You know The Partnership. You may also know that we’ve been citing some of their partners. We started off with Florida. Now we’re on to the Garden State. And we plan on citing more in the days and the weeks and the months to come.

Then again, why wouldn’t we? The Partnership is one of the country’s preeminent addiction fighting outfits. So it only stands to great good reason that their partners must be equally on the mark.

Without further ado, we bring you New Jersey…

It’s incredibly fitting that CCCADA is located on Alpha Street — it’s one of the first community groups in the entire state! We jest, of course. (We think.) But with 30 years of community service, it’s definitely one of the state’s longest-serving outfits. It’s one of the most youth-focused too. Both CEO & Executive Director Naomi L. Hubbard and Director of Education Andrea Marshall have public school backgrounds, while Youth Program and Social Media Coordinator Sarah McCart-Knoll got her start volunteering with one of the CCCADA’s many youth programs back in middle school and has been with the organization ever since.

Even former Camden County Metro Police Detective/Sergeant Robert Chew has young people empowerment experience. In fact, he’s now a CCCADA Program Coordinator, as well as an Adjunct Professor at both Temple University and Fairleigh Dickinson University, and has been since 2009. Then again, when even the Life Skills Program is dedicated to the next generation’s leaders, the more hands-on expertise in the field the better for everyone, parents included.

HOPE Sheds Light doesn’t seem to pause. Ever. One week the New Jersey community group is hosting Hope in the Kitchen Sunday Brunch, the next its holding the 8th Annual Celebration of Hope Walk along the Seaside Heights boardwalk. In between there’s everything from in-person Recovery Support Meetings to ZOOM Family Workshops. This year, HSL teamed with with Recovery Advocates for the Shore (RAFTS) in order to expand its recovery services throughout Ocean and Monmouth counties. That means it will be celebrating next year’s 10th anniversary by being the region’s preeminent addiction prevention group. A very fitting legacy for the three sons lost to HSL’s three founding fathers.

The Mercer Council has been “creating pathways to reduce substance-related challenges through education, support, advocacy, and partnerships” since 1978. And while the organization established Mercer County’s first school-based drug education and counseling program, the first off-site employee assistance program, the first fetal-alcohol syndrome program and the first congregational assistance program, it also shines on the partnership front. In fact, its Prevention Coalition of Mercer County includes nearly every stakeholder in the region, from the New Jersey Chapter of the American Academy of Pediatrics to the Wings Of Love Healing Ministries.

Partnership for a Drug-Free New Jersey

This particular Partnership has been around since 1992. The big idea was to create a substance abuse prevention alliance that would “localize, strengthen and deepen initiatives, drug-free assistance and parent education conferences throughout the state.” It’s done all that alright. It’s also done a whole lot more. Most of what this Partnership does can be seen and heard on the trains, highways and airwaves that blanket New Jersey. In fact, decades of award-winning public service announcements have made it the largest continuous pro bono media campaign in the history of the state. The PDFNJ also produces a fleet of educational programs, each more evolved than the last. It occasionally even goes national (i.e. the White House recognized, DEA-teamed Do No Harm Symposium Series). All in all, exemplary — and then some.

Special Agent Everett E. Hatcher was with the Drug Enforcement Administration’s New York Field Division when he was shot and killed on February 28, 1989, during an undercover investigation on Staten Island. The REHPC was founded in his honor. It’s been run in his honor ever since. The Coalition receives support from the New Jersey Governor’s Council on Alcoholism and Drug Abuse (GCADA). That, in turn, has enabled them to help support the Roselle Junior Police Academy, as well as train with the Community Anti-Drug Coalitions of America (CADCA). In other words, to do whatever it takes to effectively inform, connect, and bring substance abuse awareness to the youth and families of Roselle.

There’s great strength and dedication in New Jersey Community Groups. Just as there is in all of this country’s community groups. After all, they’re founded by the people, for the people. And they’ll remain devoted to the people, so long as they’re needed. This makes them not only inspiring, but live-saving. It also helps them forge unbreakable bonds within the various communities they serve.

What about you? Could you use some help? Have you reached out to a community group? Are you in New Jersey? Florida? Elsewhere? It doesn’t matter. You can find help in every state in the nation. Check the Partnership’s partner page. Check SAMHSA or NIDA. Or call us here. We’d be delighted to help. Wherever you are. In fact, we’d be honored.