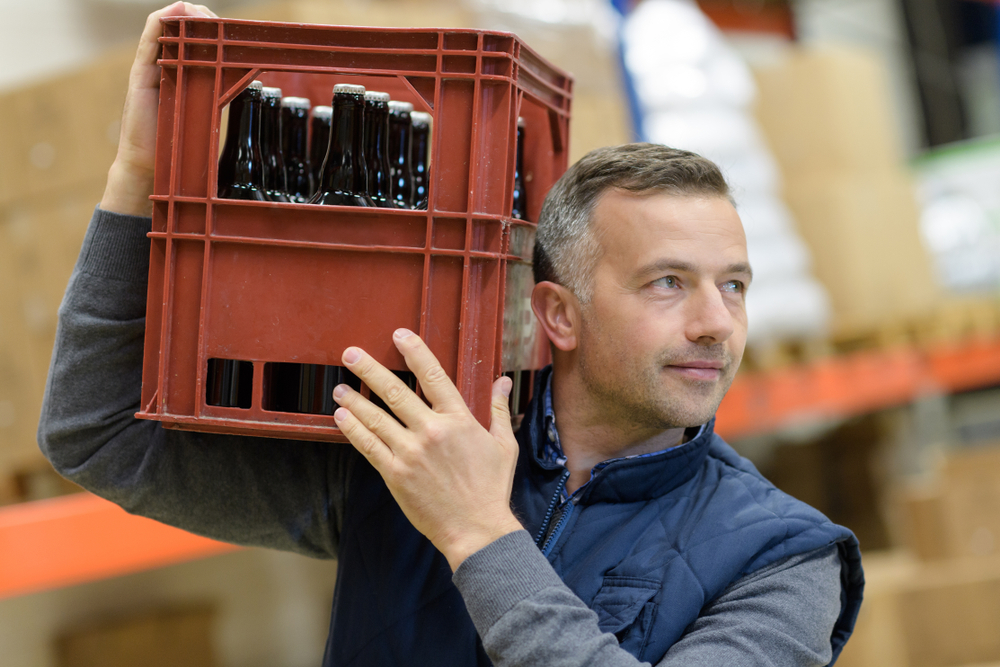 The Age of the Non-Alcoholic Bottle Shop

It’s happening all across the country, from one coast to the other, in cities big, medium and small. People being offered a choice of what kind of adult beverage they drink. The choices come in a variety that respects their decision too, with none of the telltale repercussions that once accompanied previous choices and less wise decisions. It’s the Age of the Non-Alcoholic Bottle Shop. And there’s one coming soon to a neighborhood near you.

If, that is, it isn’t already there. It’s there already in Silverlake, which is one of L.A.’s most with-it ‘hoods. And it’s there out on Laguna Beach, which is one of Southern California’s most bucolic. It’s there already on New York’s Lower East Side, which has been amok with forward thinkers for decades. It’s there in Brooklyn’s brownstone-soaked Cobble Hill neighborhood too. In fact, there it spread across the East River to the West Village and the Upper East Side.

Soft Spirits is name of the non-alcoholic bottle shop now serving the City of Angels. It’s L.A.’s first; though it surely won’t be the city’s last. Hell, the way this L.A. plays sobriety we wouldn’t be surprised if there were zero-proof shops in every neighborhood within the next couple-few years.

Right now though Silverlake is the place. That only makes sense considering the ‘hood is loaded with today’s most adroit tastemakers. We got the goods from taste-chaser Patricia Kelly Yeo, the Food & Drink Editor for Time Out Los Angeles.

As you undoubtedly suspect, Yeo’s got a knack for spotting talent and trend, then putting both into story. So when she spotted shop owner Jillian Barkley behind a purple storefront smack in the center of one of Sunset Boulevard’s most happening stretches, the inevitable happened.

Yeo also tells us the creatively-stocked, helpfully-helmed bottle shop sprang from a packaged drinks-fueled Instagram account Barkley started while living in New York City, but that her yen for craft cocktails really tracks back to working in bars and restaurants through college. In other words, Barkley gave alcohol much more than a taste. When she found it was becoming an impediment though, she gave it a break.

“It wasn’t supposed to be a forever break,” Barkley told Yeo, “just until whenever I felt like drinking next.”

“That day still has not come.”

What has come however was her own unique and creative way of keeping what was enjoyable about craft beer and cocktail culture while eliminating all the adverse aftereffects.

Since Covid, many Americans are rethinking the role alcohol plays in their lives, said Jonny Cummings, CEO of BrightLife Beverage Company. And he and his partner have opened their non-alcoholic bottle shop to thoughtfully meet that rethink.

The Irish-born Cummings launched BrightLife with his fiancée, Laguna Beach native Natalia Browne. The two met in San Francisco. But when they decided to start both a business and a family, they decided her hometown would be perfect.

And perfect it’s proving to be. Like Barkley, the pair are ever eager to spread the good word about this new side of drinking. In fact, they not only hold in-store tastings and feature informational e-mailings, but, when the occasion calls, they’ll break out the mobile bar and hold court at special events. BrightLife even has a micro-brew-and-spirits-fitted micro-bar in the back of the shop for the just-in-case.

We learned all this from Barbara McMurray, who wrote up BrightLife for the Laguna Beach Independent. We also learned that BrightLife is doing everything possible to pair its zero-proof menu with a net zero carbon footprint. That means it only uses “renewable, recyclable, or compostable materials in its packaging,” and “pledges an [offset-sized] percentage of sales to environmental causes.”

All in all, we’d say BrightLife is a perfect example of just how to keenly, coolly and responsibly do a non-alcoholic bottle shop.

On the other side of this great nation of ours rises Spirited Away, New York City’s very first zero-proof spirit shop. The shop belongs to Douglas Watters, who told amNY’s Emily Davenport he came up with the bright idea just last year.

“We officially opened in November 2020,” said Watters. “The idea came to me over the summer and it came together fairly quickly.”

Watters also told Davenport that his Lower East Side neighborhood seemed to be going through something of a(nother) transition. A transition that made his decision to open up close to home a little risky — and exciting.

“It can be disheartening to see businesses going under,” said Watters. “[But it can also be] “exciting to see other stores [also] taking a concept that might be risky and going for it. I’m excited about the innovation and all the new great stores to be created in this weird time.”

So are we. And so apparently are New Yorkers, who are steadily coming by to enlarge their palate. Something Watters envisioned from the beginning.

“Having the store lets people come in, read labels, have someone talk to them,” said Watters. “They get that guided experience that you don’t get online.”

But as eager as Watters is to spread the word, there’s absolutely no proselytizing.

“People can make their own decisions for what’s right for them,” added Watters. “If you decide you want to try non-alcoholic beverages or want to drink less, we are here to help guide you.”

Boisson is also intent on letting peoples’ personal freedom ring. Its site even says so:

“We don’t judge. We don’t preach. We celebrate The Glass Half Full.”

That proselytizing-free positivity must be working, because Boisson has gone from one shop to three without missing a proverbial beat. The brand also seems poised to keep expanding even beyond the Big Bad Apple.

Right now though, it’s New York where Boisson holds court. And it’s New Yorkers who are reaping the rewards. Oh, that doesn’t mean the rest of the country can’t enjoy Boisson’s offerings — their e-commerce game is as acute as it gets — it’s just that face-to-face is the most optimal way to fully appreciate the Boisson experience.

That’s by necessity, as well as design.

“The nonalcoholic spirit space is just beginning to strike a chord with a number of people here in the United States and throughout the world,” Boisson co-founder Nick Bodkins told PYMNTS. “This is a new space, and people want to be educated, and not all of that can be done online… those physical locations are where our customers find out about these products.”

Those locations Bodkins is talking about are in Cobble Hill, Brooklyn (where Boisson first opened up shop) and Manhattan (specifically the West Village and the Upper East Side). He’s also talking about providing the kind of immersive experience more and more customers expect, even from the charming non-alcoholic bottle shop on the corner.

It’s obviously working. A company doesn’t triple its footprint without some serious success, especially in a high end market like New York. Even better for Boisson, it’s working with the most sought-after segment of the marketplace.

“One in four consumers cut back on their booze intake following March 2020,” writes PYMNTS, “and that number goes up for younger generations, with 31% of millennials and 29% of Gen Z-ers reporting drinking less.”

That adds up to a whole lotta open-minded customers-to-be — for a long, long time.

Yes, altruism does play a part in retailers’ shift away from liquor. So do related concerns such as health and welfare. But very little of it would be possible without money. There’s a massive market in non-alcoholic beverages, and that market is steadily (and rapidly) growing larger by the day.

That puts non-alcoholic Jasper Cocktails co-founder Nicole Delany right on track to benefit from her decision to pretty much put a cork in it.

“I was surprised to learn that 45% of Americans either do not drink or are cutting back,” the Harvard Business School MBA-candidate told The Harbus. “What was even more surprising, was that this group of people are excluded from many social settings because of the lack of alternatives. Alcohol substitutes are boring, juvenile, sugary, and often hard to find — leaving this massive inability to participate in drinking culture.”

Thankfully, those days are rapidly coming to an end.

A Nod to the Non-Alcoholic Bottle Shop

Healing Properties tips its proverbial hat to Soft Spirits, BrightLife Beverage Company, Spirited Away, Boisson and the other non-alcoholic bottle shops beginning to proliferate around America. We also salute Jasper Cocktails and all those that are providing such tasteful stock to these shops.

Mostly though, we extend a nod to all the sober folks who are making the non-alcoholic bottle shop such a viable part of our culture. Without you of course there’d be no them. And without them we’d all be a lot less blessed. So Thank You!

What about you? Are you in need of a non-alcoholic bottle shop or have you yet to take the plunge? Would you like to see what all the fuss is about? Sober curious is cool. Tres cool. Especially since it’s generally the first step toward complete sobriety. So why not try it on and see how it feels? Heck, if you’re really curious, give us a ring. We’ll help sate your curiosity real quick.