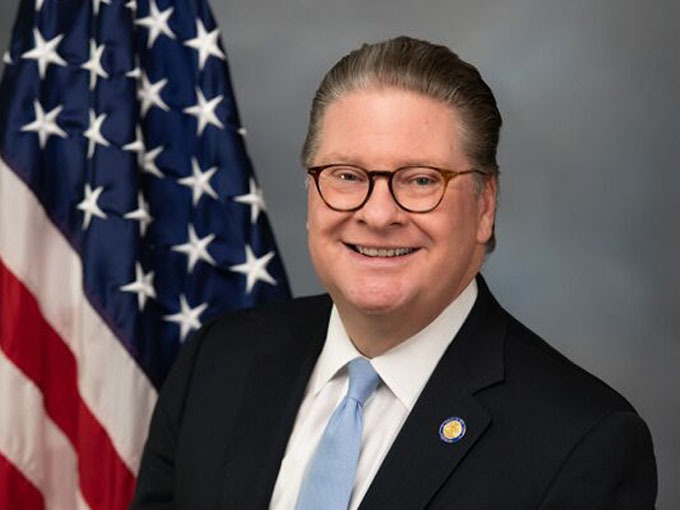 Get Well or Die! The Saga of New York’s Senator Harckham

You don’t have to be a New York resident to see the great good in New York State Senator Pete Harckham. Heck, you don’t even have to live in the Northeast. All you’ve gotta do is to have open eyes — and an open mind.

That’s what must’ve happened back in 2018, when the citizens of New York Senate District 40 first elected Harckham to the State Senate. And it’s certainly what happened again in 2020, when he was re-elected. Okay, so Senator Harckham first snuck in as part of the 2018 Blue Wave. But he stayed in wholly on his own.

Then again, when a politico spends his freshman year protecting jobs, families and the environment, plus battling addiction, where else is he gonna go?

Few first-term senators get to introduce five bills. Let alone in a single session. Even fewer get to do so coincident with a painful and highly personal admission. Especially if said admission was potentially controversial. They don’t dare. After all, there’s a brand new seat to protect.

But Senator Harckham stepped up before his seat was even warm. Why? Because it would be disingenuous for him to do otherwise.

The move caught more then a few folks by surprise. Among them was the New York Times’ Luis Ferré-Sadurní, who actually thought it a bit startling. Ferré-Sadurní even said so. In the very first sentence of a full feature devoted to the Senator and his admission.

Then again, it’s not every day that a rookie politico admits to the world that he struggled with substance abuse. Certainly not while they’re introducing a bill aimed at legalizing recreational marijuana.

To Senator Harckham though the timing made perfect sense. It also backed up his play. Because in addition to the recreational marijuana bill, the good senator had helped draft (and pass) a “raft of bills aimed at [battling addiction, including] plugging a series of holes in the way opioids are prescribed, health providers are trained and naloxone — a drug that can reverse overdoses — is distributed.”

Then there was the whole disingenuous side of the equation:

“As someone in recovery, my job in life is not to outlaw every mood-altering chemical on the planet,” he said. “My job in life is to learn how to navigate that environment in a sober manner and help others do the same.”

Fighting the Stigma, as Well as the Disease

Ferré-Sadurní says ‘Mr. Harckham’s decision to make public one of the darkest periods of his life did not come lightly. But it was deliberate.’

“Stigma is still the largest challenge that we face,” said Senator Harckham. “It prevents people from coming into treatment. The moment was right. If we’re talking about ending stigma, people like myself have to speak up.”

Besides, he added, “the older I get it’s like, ‘Screw it, I don’t care what people think.'”

What an absolutely refreshing point-of-view. No wonder some people in the capitol were surprised. Those closest to the senator weren’t in the least surprised however. After all, the senator has been sober for almost 33 years.

“I was a bit of a wreck,” the Senator said with a slight chuckle. “I was a whirling dervish.”

Then came the inevitable brick wall.

“It was either start to get well or die,” he told Ferré-Sadurní.

Senator Harckham Chairs the Committee on Alcoholism and Substance Abuse

In a sign that good things bear repeating, Senator Harckham will be returning as Chair of the New York State Senate Committee on Alcoholism and Substance Abuse. He will also return as a member of the Committees on Environment Conservation and Energy and Telecommunications, while also serving Senate Committees on Finance, Women’s Issues and Insurance.

“I am honored to have been chosen to serve another term as chair of the Senate Committee on Alcoholism and Substance Abuse in order to continue my work in this important area,” said Senator Harckham. In fact “I am appreciative of all of my other committee assignments, and I look forward to the work I will accomplish with my Senate colleagues, organizational partners and residents around the state.”

“I see the carnage first hand every day,” Harckham wrote the President-elect. “I strongly support the request for $38.5 billion in incremental funding that was made earlier this year by the National Council for Behavioral Health and 40 other national groups addressing mental health and Substance Use Disorder. And I respectfully urge you to make this a priority next year.”

“Stephen’s Law will ensure that residents with Substance Use Disorder (SUD) have supportive family members, friends or guardians on hand when help is required,” said Harckham.

Healing Properties salutes New York State Senator Pete Harckham for his courage and his actions in helping to battle addiction. We’d also like to thank him for setting such a noble example of what a politician can — and should — look like. Senator Harckham’s intent to serve others before himself has a noble history in American politics; a history that many have either neglected or forgotten over the past few years. Hopefully his commitment will serve as a reminder. It’d be especially wonderful if coming-up politicos took Senator Harckham’s service and candor to heart. Because the country could surely use a good many more just like him.

How about you? Have you struggled with substance use disorder? Are you struggling still? Would you like some help? Then give us a call. Please. We’d be thrilled to lend a helping hand. Really. In fact, it would be our absolute honor.