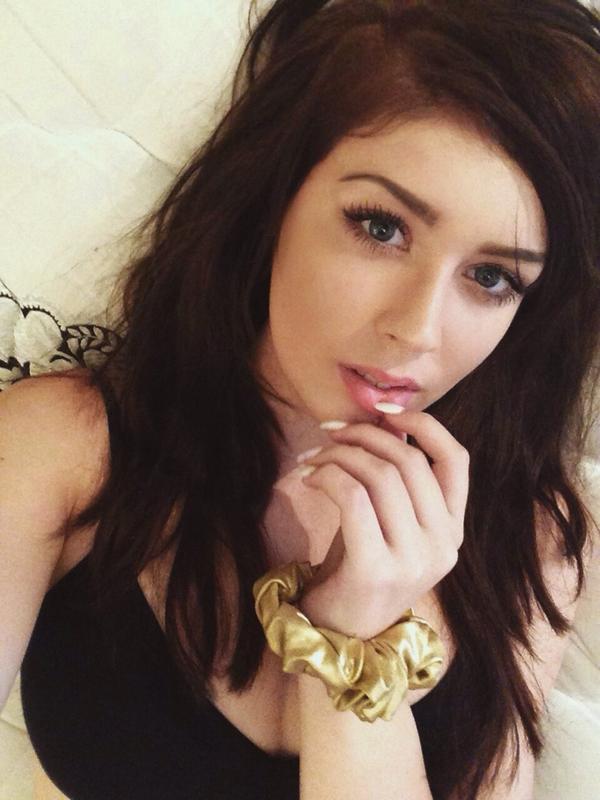 No, hedgehogs and heroin don’t mix. Never have. Never will. Just ask PetTube Star Taylor Nicole Dean. She built a career from her hedgehog. Then nearly killed it with heroin. She also almost killed herself in the process.

The Making of a PetTube Star

Like many a PetTube star, Taylor Nicole Dean didn’t begin by thinking her clips would make her famous. In fact, back then she didn’t even know PetTube was a thing. For her it was enough to “show that creepy crawlies could be loveable and cute.”

“Talking about my love for animals and entertaining people at the same time seemed really cool,” she said.

Then one day she shot a clip with her hedgehog. The hedgehog didn’t like anybody. In fact, it was as mean as it was cute. But everybody loved the hedgehog. And Taylor’s YouTube channel started blowing up accordingly.

So Taylor decided to take the plunge. She quit her job at PetCo and dove in headfirst to PetTube. She got a manager. The manager got her sponsorships. Then they launched a line of merch. Turns out people will indeed tune in to watch an attractive young girl play with a rush of cute creepy crawlies. Lots and lots of people. And before you could saw “awww” Taylor Nicole Dean was a bona fide PetTube Star.

Cracks Form in the Sky

Taylor’s success was truly overwhelming. So much so in fact that it even affected her health. She started feeling tired and out of sorts. Not her usual perky self. Then one night Taylor dislocated her clavicle in her sleep.

Doctors were consulted. Tests were run. Then they found out what was ailing the young YouTuber. Seemed Taylor had Ehlers-Danlos Syndrome. It’s an uncommon connective tissue disorder that makes a person’s joints easily dislocatable. It also creates intense pain.

Yep, you guessed it. Painkillers were prescribed. Opiates to be precise. And yep, they worked wonders. Taylor’s pain went away as if by magic.

Taylor kept taking her pills. After all, it was what the doctor had ordered. And though Taylor had long noticed addictive tendencies in herself, she always considered them nothing more than a harmless character trait. She never once equated those tendencies with alcoholism or drug addiction.

Furthermore, like many a young adult, Taylor wanted to be liked. That made her highly impressionable. When party people were drinking, she readily joined right in. When someone offered a bump of coke, she didn’t hesitate. Besides, what could be the harm? Everyone was doing it.

That first bump was different though. And Taylor found herself obsessing over cocaine the very next day.

Cocaine and opiates became a regular part of her life. When she had ’em, things were fantastic. When she didn’t have ’em, well, not so much. Taylor would get depressed. Start isolating. She also started looking around for a running buddy.

From Cocaine to Heroin

Taylor didn’t have to look far. She met a musician online. Jonny Craig by name. Wanna be popstar by trade. Craig was 10 years older than Taylor. He’d been in a few bands. Some kinda famous. Some not so. Dance Gavin Dance. Emorosa. Isles & Glaciers. In other words, he’d been around.

Craig had also been around drugs. Lots and lots of drugs. In fact, when Craig met Taylor he was a heavily active addict. But Craig was more into opiates, not cocaine. So that’s the preference he brought to the relationship.

The beginning was like most beginnings. Pills and more pills. Lovey-dovey. Went well with the standard rationalization. Hey, they’re prescription. How bad can they be? Besides, we’re in love!

Then came a showdown. Taylor found one of Craig’s blackened spoons. She cried and she pleaded and she begged him to go to rehab. Craig agreed. But with a caveat. They’d both do the heroin he had on hand, cuddle up, watch a movie, and “have the best time of their life.” Then they’d both be done with drugs forever.

Neither of them stopped doing heroin of course. In fact, their habit increased. Taylor did stop making videos though. But she’s a Social Creature. So she never shut up on Twitter and Instagram.

But her Tweets were inconsistent. Her Instagram stories suspicious. People took notice of the odd posts. Then they started taking notice at what was in the background of those posts. A needle, a spoon, a bag of dope. A wreck of a once beautiful home. But even that didn’t stop them from using.

The Fall & Rise of the PetTube Star

It was a textbook case of co-dependency. Taylor couldn’t score without Jonny. Hell, she couldn’t evemn shoot herself up. And Jonny needed Taylor’s loot. It’s doubtful there was any love left in the equation.

Then Taylor’s assistant dreamt Taylor had died. Then she dreamed it again. After a third time, she told Taylor. She’d had this dream about people three times before, she said. And each of those three people are now dead.

The premonition didn’t take. Taylor was too far into Jonny and drugs. So the assistant went to Taylor’s Mom. The two maneuvered Jonny out of the equation. Without her source, Taylor couldn’t score. She started withdrawing. So she popped a Suboxone in order to stop the withdrawal.

She’d taken the anti-opiate too early. Way too early. Her brain flushed out every trace of opiate and her body went into extreme withdrawal. Misusing Suboxone is said to increase the effects of withdrawal tenfold. Taylor nearly died.

Fortunately Taylor’s Mom happened by. Just in time. She took Taylor to rehab. She’s been clean and sober ever since. Oh, there’ve been days when she wanted to leave. A few close calls even. But Taylor has so far stuck to her recovery.

On August 18, 2019, the PetTube star finally returned to YouTube. “Welcome back to my abandoned channel,” she began. Then proceeded to spend the next hour and 15 minutes revealing “The Truth About Everything.” Her subscribers mostly stayed supportive. in fact, her numbers actually went up. Now nearly two million people stay up to date with the re-risen PetTube star.

And Taylor has re-risen to be sure. She’s more honest, more open, and frankly, more charming than she’s ever been. It’s apparent she’s learned a thing or three. About addiction. And about herself.

“The fun stuff was fun,” Taylor says now. “But connecting on an emotional level is a whole ‘nother realm.”

Indeed it is, Taylor. Indeed, it is. Congratulations.

Healing Properties has been battling addiction since 2002. Since then we’ve helped thousands upon thousands of men succeed in sobriety. If you or someone you know and love is having difficulties with any kind of substance abuse, please give us a ring at 561-563-8882

Note: Taylor Nicole Dean hasn’t posted on YouTube in several months. It’s also been over a month since she took to Instagram and her Twitter account seems to be no more. We hope her recent silence means nothing more than she’s concentrating on her recovery. Whatever the case, we wish her the absolute best!