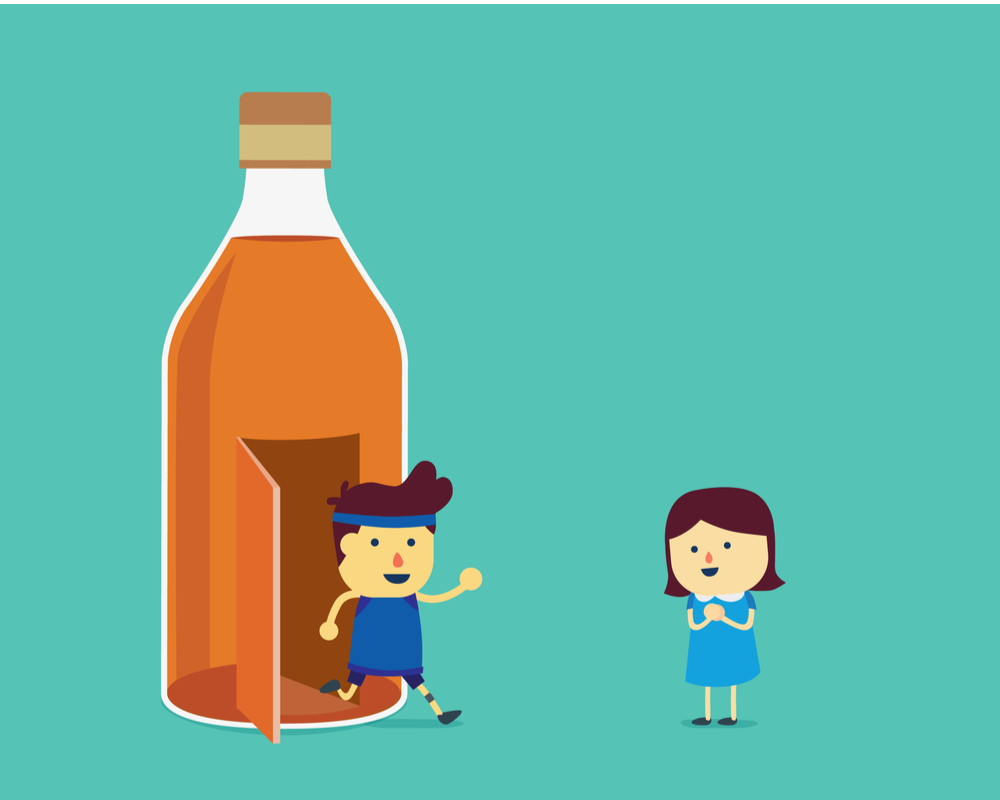 Everybody’s heard about the increase in substance abuse due to Covid. And rightly so too. It’s astronomical. But not everyone drank or drugged their way through the pandemic. Many folks actually cut back on drinking and drugs. Many more found Covid to be a good excuse for quitting alcohol and drugs altogether.

Here are five of those success stories.

We’ve pulled the accounts from SELF Magazine, where ace health writer and author Stephanie Watson put them to print. She was even astute enough to have the tales medically reviewed by Dr. Jenny C. Yip, a Board Certified Behavioral & Cognitive Psychologist and Clinical Assistant Professor of Psychiatry at USC Keck School of Medicine. So yeah, they’re as bona fide as bona fide gets.

Thirty-eight-year-old Megan R. found herself “a single mom to a five-year-old, trying to manage work, my own stress and loneliness, plus be my son’s playmate and teacher.” Alcohol seemed to help. Then, for some reason, it didn’t. So she “decided to take a week off from drinking.”

“The cravings at night were very intense,” she told Watson. “In the first difficult days of taking a break from alcohol, I feverishly googled for articles on the benefits of quitting drinking to help me from giving in and just pouring a glass of wine.”

Megan also stumbled upon Laura McKowen. McKowen, who wrote the sobriety memoir We Are the Luckiest (New World Library), currently hosts Tell Me Something True. She’s also the CEO and founder of a global sobriety support community called The Luckiest Club. Once upon a time though, McKowen also hosted (with Holly Whitaker) the HOME podcast. It was through HOME that Megan found herself a member of The Luckiest Club.

“I started attending TLC meetings in mid-August,” says Megan, “about 10 days after I had quit drinking. The meetings are a place where everyone is free to bring their deepest, darkest shame and be met with nothing but grace and compassion. I have never experienced anything like it.”

TLC’s mantra is “sober is better together,” and Megan quickly found that to be true. But it was getting closer together with her son that really hit, er, home.

“Eight weeks after I quit drinking, he said, ‘Mommy, why is it so fun now?,'” recalls Megan. “He didn’t know what wine was or that I had quit, but he felt the shift.”

“Mentally, I had come home to him and to myself.”

Like a lot of folks, Kelly and her wife had a “Why not?” attitude about drinking during Covid. Both worked remotely, so they “filled [their] commuteless days with evening wine tastings, cocktail making, and pizza-and-beer nights.” It wasn’t long though before the two “realized that these alcohol-fueled nights only added to [their] stress and anxiety.”

In the summer of 2020, the couple decided “to try and go at least one month without drinking.” By this time, their “evening rituals” had become a thing. And the two knew “that replacing them would be a significant challenge.” So they kept at it. Only now their wine tastings, cocktail-making and pizza nights were fueled by nonalcoholic beverages.

The breadth of new “nonalcoholic beverages proved to be a game changer,” says Kelly, “allowing us to easily make it a month without drinking, and continue on for several months.” In fact, she says the two now “drink nonalcoholic beverages three to five times a week,” and only “drink alcohol once every two to three months.”

“I never realized how much even moderate, casual drinking was affecting me,” Kelly told SELF. “Without that glass or two of wine in the evening, my sleep immediately improved and has only gotten better over time.” Kelly’s post-alcohol “brain fog” has also lifted, giving her “more energy and clarity.”

Thirty-five-year-old Georgina C. quit drinking cold turkey. One day she simply decided to stop, and stop she did.

That day was Thursday, November 19, 2020. And Georgina says she hasn’t looked back since.

“I definitely don’t regret my decision,” she told SELF. “It didn’t take long for me to notice the benefits [either]. Within a few days, my energy levels had increased and my skin started to look a lot healthier.”

Georgina’s also “been working out every day.”

“I no longer waste days on the weekend due to having a hangover and not being motivated to do anything,” she continued. “[And] I love the feeling of knowing that I am taking care of my body and putting myself first.”

How does she “stay consistent”?

“I [keep] focusing on the benefits of giving up alcohol, rather than focusing on what I [might be] missing out on.”

Sometimes the simplest way is indeed the best way. And yes, that includes quitting alcohol.

No Friends, No Family and Two Four-Year-Olds

Okay, so Monique did have family. Twins, in fact. But the recently widowed Mom still found herself starved for adult conversation. So she finally turned to an old friend.

“I turned to Champagne as my one friend that I knew I could count on,” she told Watson. “If these French bubbles could talk, they would tell you what we have experienced together. Hope, grief, happiness, loneliness, sickness, sadness, success, and solitude were all served with a side of Champagne.”

Champagne provides no escape route, of course. Even if one could crawl up into a bubble. If anything, the celebratory aspect of the beverage would seem to make things worse. It sure wasn’t making things any better for Monique.

So she got curious. Sober curious.

“I asked myself, ‘Could I make it through the night without my beloved?'”

Turns out, she could.

“The first night was hard,” said Monique. “I felt like I had a hangover, but I hadn’t had a sip. As the days went on, I realized I missed alcohol, but I didn’t need it.”

Monique also found “a new treat” — a nonalcoholic French sparkling cider. Better yet, it was something she “could share with [her] daughters.” That alone must be truly wonderful. So must be the after-effects of quitting alcohol.

“Getting clear, getting focused, and finding the joy in an unclouded head helps me get through these days,” she says. “I’m not sure how long it will last, but I do know I’m not dependent on alcohol now.”

Twenty-seven-year-old Marilyn used to drink one glass of wine a day. Four or five glasses a week, tops. Then Covid hit. And her alcohol intake jumped considerably.

“I started relying on two or three glasses of wine to get me through the day,” she told Watson. “And that started to become a habit as the days wore on.”

Marilyn didn’t “like having a dependency — on anything, be it alcohol, coffee, or the like.” So she “decided to try to cut back a little.”

And she did so in a charmingly reductive way.

“I simply started reducing the size of the glasses in which I drank wine,” she said. “Starting out, I would drink my wine in a wine glass, but I cut this down to a smaller-sized glass. Then, as I felt comfortable with that amount, I cut this down even further to an even smaller drinking glass. After about a month, I was able to reduce my daily wine intake from three glasses to one small drinking glass only.”

These days Marilyn “can even go without that!”

We’ve heard of reducing one’s intake when quitting alcohol, but reducing the size of the intake? That’s a new one on us. It makes sense though. And from what Marilyn shares, it works wonders too.

“I feel much more independent,” she told SELF, “which makes me feel invigorated and good about myself throughout the day. I can also focus on my work much better without feeling the need to drink a glass of wine to get me through [it].”

Healing Properties wholeheartedly thanks Stephanie Watson and SELF Magazine for bringing these five sober success stories to print. It’s always helpful to learn how others cope with quitting alcohol, especially during a pandemic. We’re sure these five accounts will indeed help others make their way toward sobriety.

We’d also like to wholeheartedly thank the women who shared their success stories, and congratulate them all on the new skips in their respective steps. It’s terrific simply to see folks come out the other side of substance abuse; to see them emerge with such wide strides is truly inspiring.

How about you? Have you considered quitting alcohol? Would you like some help? It’s out there, you know. All you’ve gotta do is call. So please. If you’re seeking a new lease on life, pick up the phone. It could very well be the best call ever. Really.