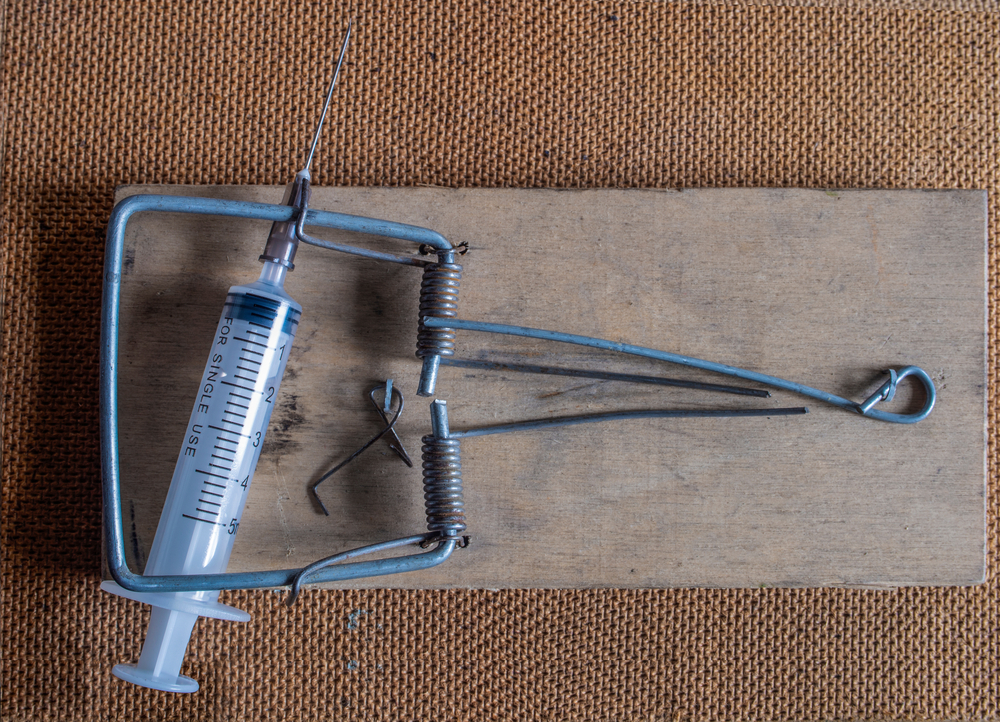 Rats and Addicts: The Twin Pillars of Addiction Treatment

Rats and addicts. Say it again: rats and addicts. The pairing kind of has a nice ring to it, no? Sounds a little vicious too. Then again, the pairing should have a vicious ring, especially since it consists of two of the least reputable beings on the planet. Think about it. Would you put your trust in either a rat or an addict? Probably not.

You can’t blame them though. The rats and the addicts, that is. Not even a little. Neither can really help being just what they are. Both are born that way. Mostly, anyway. Yes, there’s a difference between “being” a rat and “becoming” an addict. And no, not everybody actually becomes. But predisposed or not, it’s highly unlikely anybody actually sets out to become afflicted. Unless perhaps their idea of a good time is intentionally contracting a potentially fatal disease.

But where does that leave the rat addict?

Why, as the sacrificial hero of course.

An international team of top notch researchers created two new biobanks which will quite likely change the future of addiction treatment. No, the biobanks aren’t split between rats and addicts; they’re all actually comprised of addicted rats. There is a separation though; it’s between addictions, specifically cocaine and oxycodone addictions.

So says the EurekAlert! release heralding both the achievement and the report that mapped out — and backed up — the achievement’s findings. It’s a terrifically exciting development in the field. And by placing addiction at bay, it may end up being good for rats and addicts too.

It’s certainly great news for those who suffer from addiction. It’s especially great news for the 1000-some-odd rat heroes who provided the 20,000+ biological samples deposited in the biobanks. Yes, that’s how many samples were collected before, during and after chronic drug use. And you can bet the samples provided ample deposits for the new cocaine and oxycodone biobanks.

The initiative was developed by the Preclinical Addiction Research Consortium (PARC). PARC “was created to facilitate the discovery of neurobiological mechanisms of addiction and accelerate the development of experimental therapeutics for the treatment of alcohol, tobacco, and substance use disorders.” In other words, the sci-fly enterprise is seeking to speed up and facilitate eureka caliber moments in the addiction treatment arena.

PARC’s based in the Department of Psychiatry at UC San Diego School of Medicine and at Skaggs School of Pharmacy and Pharmaceutical Sciences. The news-breaking paper itself was published in eNeuro, “an open-access, peer-reviewed scientific journal published by the Society for Neuroscience.” And while it all appears to be “by eggheads for eggheads” (no offense), the results are something even laymen can understand. So are the intentions.

“To create new treatments for drug addiction, we need to better identify the biomarkers of addiction and the biological targets of therapy,” said the PhD-wielding Olivier George. The UC-SD Department of Psychiatry associate professor was one of the study’s senior authors, so he knows of what he speaks. He also knows “biobanks using an animal model help serve that purpose.”

These biobanks will also “provide deeper insight — and potential therapeutic targets — regarding the paths and pathologies of cocaine and oxycodone addiction,” he adds.

The heterogeneous rat model employed here “reflects the genetic diversity of humans.” It’s also set to reflect a wide range of cocaine and oxycodone behaviors. Considering cocaine and opiates are the two most commonly abused drugs in the country, it makes perfect sense to, well, bank on the findings such models provide.

And not a moment too soon either. As SAMHSA and the CDC attest (and the EurekAlert! confirms), cocaine overdoses have quintupled over the last decade, from 1999’s 3,822 to 2019’s 15,883. It needs to be noted that the majority of those fatal overdoses also included opioids. In fact, the Centers for Disease Control and Prevention says opioids were included in over 70% of the year’s overdose deaths. Seventy percent of how many, you ask? Nearly 71,000. That’s right. Nearly 71,000 fatal drug overdose deaths. In one single year.

Consequently when an array of rapidly-advancing scientists says something needs to be hurdled before they’re truly cleared to develop new and effective drug addiction treatments and then proceeds to start clearing those hurdles, well, it’s cause to call for a EurekAlert!. It’s also a cause for celebration. Not just for the rats and the addicts, mind you, but for the scientists who are advancing such promising advancements. It’s also a celebratory cause for the society who will so wholly benefit from these advance guard scientists and their remarkable advances.

Healing Properties wholeheartedly salutes the PARC scientists. We won’t pretend to really know what the organization is really doing with the rats, but we do know a thing or three about addicts. And we sure can’t wait to see what comes from this biobanking effort. We also thank SAMHSA and the CDC for coming through with the data (as always), and EurekAlert! for issuing the spur (ditto).

What about you? Are you feeling like an addicted rat? Could you use some help? It’s out there, you know. And it just may save your life. All you’ve got to do is call. So?

Or perhaps you’re more the experimental type. Well, if so, non-profit research institutions are free to access the biobank deposits by going to the respective branches: Cocaine Biobank and Oxycodone Biobank.