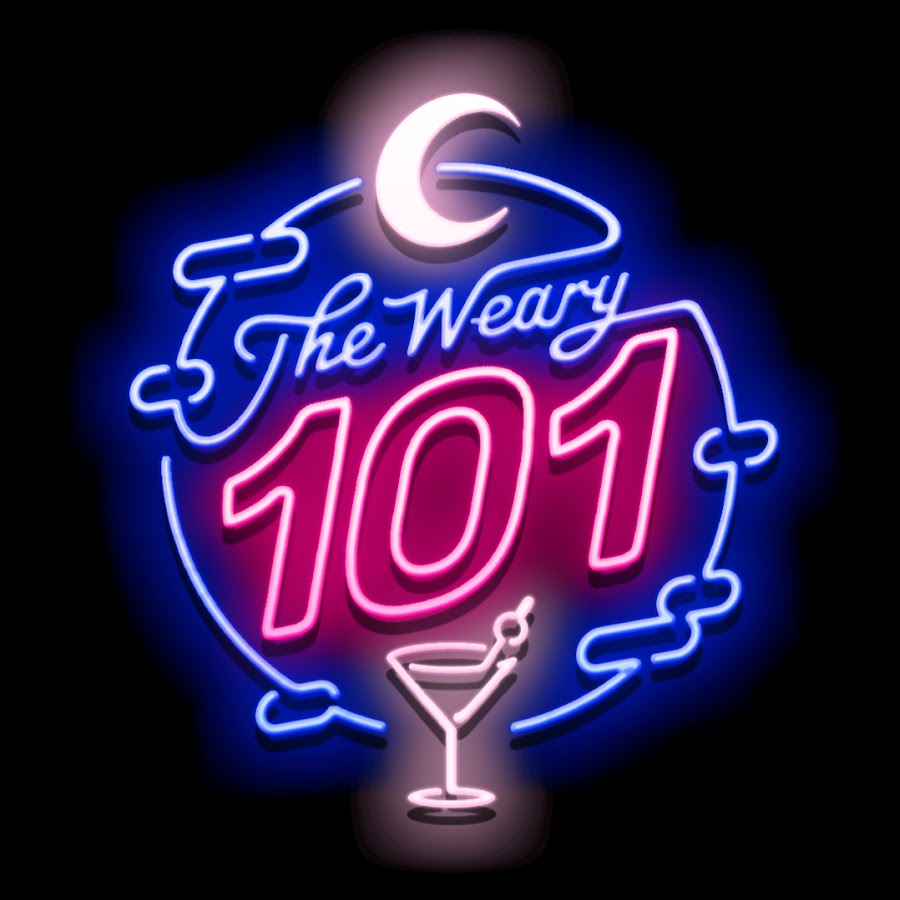 Takahata101 is not your normal bartender. In the first place, he’s an avatar. In the second, he’s also a Twitch streamer. And in the third, the bar he runs exists only on the Twitch platform. Furthermore, you won’t find this VTubing bartender encouraging patrons to drink. But you will find him encouraging folks to open-up — about any- and everything that’s on their mind.

It’s a perfect mingling of pluses: good conversation, a sober bar and a recovering barkeep.

That bar’s also got a name: The Weary 101. So does its creator: Curtis Arnott aka Takahata. Takahata was once part of the immensely successful abridged anime channel Team Four Star, which was behind both Dragon Ball Z Abridged and Hellsing Ultimate Abridged. But after five solid years of cyber success he felt the line between himself and his persona was blurring.

Arnott was “a recovering addict who felt like he couldn’t truly move forward with his work as a content creator if he didn’t acknowledge that he had spent years of his life struggling with alcoholism,” reports Kotaku’s Isaiah Colbert. So on New Year’s Eve 2020 Takahata opened up The Weary 101.

“While streams from The Weary 101 are usually high-spirited, bubbly affairs,” continues Colbert, “with virtual hooch on tap and lively conversations with chat, Takahata doesn’t shy away from the topic of overindulgence. He also tries to normalize talking about topics like mental health, [including] his experiences with ADHD.”

Like we said: good conversation in a sober bar that’s helmed by a recovering barkeep. The drinks are made from Twitch bit donations that Takahata grinds up in a blender named The Cat Daddy. And while the virtual libations might seem inclined to drive someone to drink, you really don’t have to drink a drop to belong.

“Setting the right tone as a server is essential,” writes Colbert. “Good bartenders cut people off when they’ve crossed a threshold of drunkenness. Becoming a VTubing bartender in the wake of his own personal struggles with drinking was “perfect timing” for Takahata, because he felt comfortable talking about what he had gone through with his fans. He could [also] provide advice to people while placing a barrier up between his real life and his online persona.”

And Takahata’s online persona was indeed something to contend with. After Four Star aired its last abridged DBZA episode back in 2018, Takahata focused on his Twitch streams, where he amassed 84,600 followers over the years. But by last October, he’d burned out even of livestreaming. In fact, Colbert says “Takahata became so preoccupied with how tired he looked that livestreaming stopped mattering to him.”

The opportunity to use his own experiences with alcohol abuse to talk with his audience about overindulgence only made shifting into VTubing feel more like the right move.

But Takahata’s a creator. And “he wanted to do something a little more elaborate and involved than” the usual VTuber. That meant having his avatar rise from the bottom corners of the screen and entering a fully immersive environment. In Corbet’s words, give him “a place that he could move around in, while making his audience feel like they were a part of the setting as well.”

“His VTuber persona and swanky bar lean heavily into the visual novel style of presentation,” continues Corbet. “A manga panel appears onscreen once a drink is ready, or when the doorbell rings as guests arrive.” Beyond “these stylistic touches” though, Takahata aims to give his streams the ambiance of a real-life bar. And though “his streams have had a revolving door of VTuber guest appearances — including LittleKuriboh and the demon VTuber named Cimrai — Takahata doesn’t gauge the success of his streams by the notoriety of his guests or the metric of his views and subscriptions.” Instead Takahati “gauges his success by the metric of himself enjoying what he’s creating.”

‘Not everyone’s OK with being seen,’ he told Kotaku, “but many people want to be perceived. And VTubing allows you to be perceived while still being able to not be seen.’

Even if one wants to be seen as a VTubing bartender.

Hail to the VTubing Bartender!

Healing Properties salutes Takahata for coming up with an absolute marvel like The Weary 101. We also thank him for bringing such a vivid new twist to the discussion of drinking. We especially appreciate his enthusiasm for killing the “cool” that’s normally affixed to drinking, especially over-drinking. That Takahata has done so in such an non-traditional environment means he’ll reach folks most forums can’t. And that alone provides real reason to be grateful. That he’s done so in such an acutely keen and sublimely stylish manner only makes us that much more thankful.

We also thank Takahata for providing such a robust surprise. See, before today we’d never even thought of a VTubing bartender helping to save his world. Now our minds have expanded exponentially. Zeus-willing, that expansion will be contagious.

How about you? Do you stream? Do you drink? Overstream? Overdrink? Why not pop into The Weary 101 and talk about it? It looks like a swell hangout. It also appears as if it might just help save your life. If you’re seeking something more IRL, then give us a ring. We’ll help get you sorted. Whatever you need.