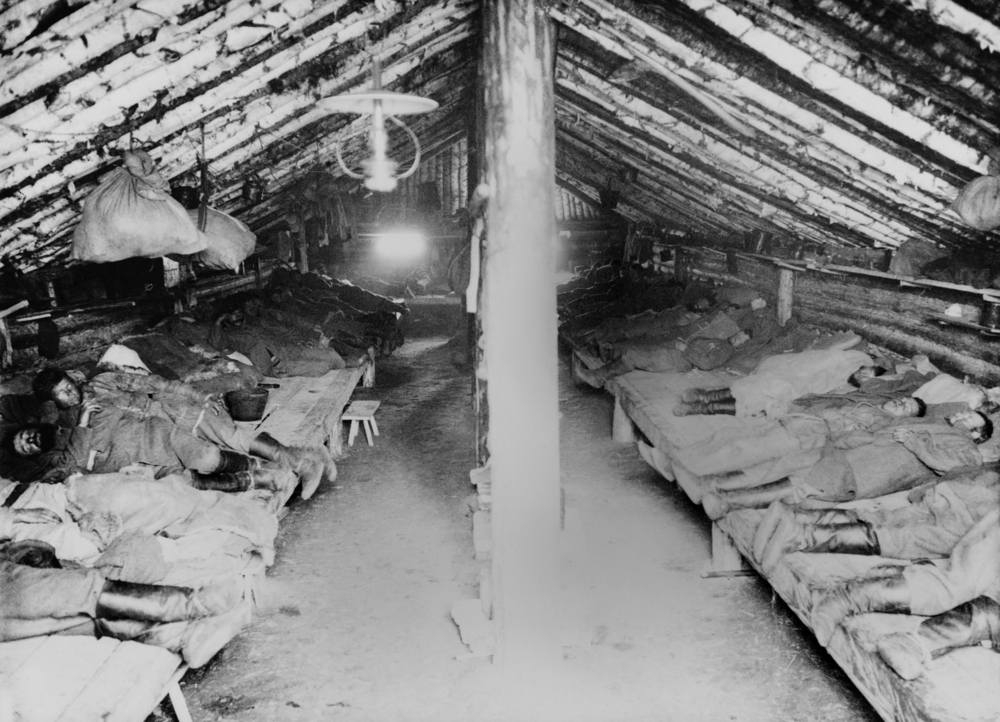 A WARNING We’re not trying to be clever here. By recovery cannibalism we don’t mean treatment centers cannibalizing on each others’ clients or territory or programs. We wish it did though, because then there’d be no truth to this gruesome story. Unfortunately, there apparently is truth to this sordid story. No, it’s not hard to believe considering the culprits. But it’s damn sure still hard to stomach. So please, if you don’t want to be exposed to the absolute worst in “people,” stop reading right now.

When Danish reporters heard rumors of recovery cannibalism, they set out to investigate. They never in a million years expected such a story to be true.

Or did they? Someone must’ve suspected something. Why else would they even investigate? Then again, when a story concerns the Taliban, you’ve really got no choice but to investigate, no matter how crazy it may sound. After all, crazy is that gang’s stock-in-trade. So why wouldn’t there be some craziness occurring at a Taliban-run addiction treatment center? Yes, even something as crazy as recovery cannibalism.

When Madmen Keep Their Promise

“When the Taliban recaptured Afghanistan last year one of its first pledges was to clean up the country’s drug problem,” writes Daily Mail Online reporter Chris Pleasance. It didn’t matter “that they spent years profiting off the” problem. Islam is anti-intoxicant. Full Stop. And it would be a bad look if the Taliban let Muslim drug addiction slide, regardless of how much revenue drugs happen to generate.

So they began “rounding up thousands of homeless drug addicts and locking them in hospitals for three months while they detoxed.” Now, being provided a roof over one’s head and an opportunity to get clean might have been better had the addicts not been forced to kick cold turkey. It would’ve also been better if they weren’t forced to sleep three to a bed. But what really truly would’ve helped the program was food. Any food. Because even a detoxing junkie eventually gets hungry. Yep, even them.

Unfortunately, at Kabul’s Avicenna Medical Hospital for Drug Treatment things like food and beds and compassion are luxuries the Taliban apparently can’t afford. As far as they’re apparently concerned, these folks were lucky they got in to the clinic at all. In fact, one patient claimed “that nine of his friends were put to death in jail before the rest [of the group] were locked in the clinic.”

And locked in the clinic does indeed define the situation at Avicenna. Forget leaving AMA (Against Medical Advice) like we do in the States. And, as you probably suspect, Against Taliban Advice doesn’t exist. Least so far as anyone knows anyway. If ATA does exist though, nobody opts in. Not if they want to stay healthy.

Then again, acquiescence doesn’t really mean a patient will stay healthy either. Not at Avicenna. Remember, making it past the firing squads and kicking cold turkey are just the first of your concerns. The clinic is also short on food. Real short. As in “sorry, we can’t feed you” short.

What Time is Chow?

Okay, so there’s no sorry. There are no questions permitted either. Especially questions like “What time is chow?” If there were, that would probably be the most ridiculous question ever asked at Avicenna. It’s certainly the most futile. Alright, so the question does get asked. Exactly once, upon arrival. By each and every new patient inmate no less. But they quickly learn better than to ever ask it again. After all, what’s the point of torturing yourself? Especially when the Taliban already has that well in hand.

In fact, the Taliban has that torture thing very well in hand. It isn’t clear what’s actually behind the whole Junkie Extermination Program. Some think it came about by design; others suspect it was by default. But whatever the cause, so far as torture goes, the program seems to be working wonders. Just check the onslaught of snaps Agence France-Presse (AFP) provided for the Pleasance report. These inmates couldn’t appear more tortured if they were on a Hollywood soundstage.

Hell, even their words sound tortured! One inmate told Danmarks Radio that “people ate cats out in the park yesterday. One cut off the cat’s head and ate it.” Another inmate said it’s common to go days without food and that people routinely drop dead from hunger. Others say they’ve been forced to eat grass just to stave off hunger pains enough to sleep.

“They killed a man and made a fire,” said the inmate. “[Then] they took his intestines and ate them.”

We’re presuming the killers at least cooked the victim’s intestines before making a meal of them.

We don’t mean to be sardonic. There’s just something about hardcore fundamentalist a-holes that makes us want to mock them. But we haven’t lost sight of the evil that these mad men do. Not for a second. That’s what makes this horror story so harrowing. And so despicably believable.

In fact, Amnesty International has countless accounts of Taliban atrocity, including the brutal massacre of nine ethnic Hazara men after the “organization” took control of Afghanistan’s Ghazni province last June. (Warning: the following is also graphic and unnerving.)

One man, 45-year-old Wahed Qaraman, was taken from his home by Taliban fighters who broke his legs and arms, shot him in the right leg, pulled his hair out, and beat his face with a blunt object.

Another man, 63-year-old Jaffar Rahimi, was severely beaten and accused of working for the Afghan government, after cash was found in his pocket. The Taliban strangled him to death with his own scarf. Three people involved in the burial of Rahimi said that his body was covered in bruises, and that the muscles of his arms had been carved off.

Sayed Abdul Hakim, 40, was taken from his home, beaten with sticks and rifle butts, had his arms bound, and was shot twice in the leg and twice in the chest. His body was then dumped next to a nearby creek.

Oh, the Taliban had a reason for the atrocity exhibition. And Amnesty International got that reason straight from an actual eyewitness.

“We asked the Taliban why they did this,” said the eyewitness, “and they told us, ‘When it is the time of conflict, everyone dies, it doesn’t matter if you have guns or not. It is the time of war.'”

With incidents like these there’s little wonder how an addict eradication campaign led to recovery cannibalism. We just really wish that none of this was true.

Those AJP photos that accompany the Pleasance report will break anyone’s heart. They should anyway. No matter who or what you believe in. If you’re even the tiniest bit human, this brand of inhumanity should hit you where it most hurts. It doesn’t matter whether these victims are addicts or homeless or Muslim or all three — they’re people. With wives and children, mothers and fathers, hopes and dreams and wishes and feelings.

Those graphic pix also prove that Pleasance’s reporting is spot on. A mere six months into the Taliban takeover, the hospitals are “reminiscent of concentration camps.” Who knows what fresh hell awaits Afghans after six more months of their rule, let alone six or more years.

Pleasance also was keen to point out that “Afghanistan has long been the world’s largest supplier of illicit opium and heroin.” In fact, the country generally produces more than 80 per cent of the world’s supply. And while more recent annual drug trade revenue fell short of 2017’s $1.4bn peak, “U.N. officials say the Taliban [still] likely earned more than $400 million between 2018 and 2019.”

“Taxes from opium profits and direct exporting has been a mainstay of how the Taliban finances itself,” writes Pleasance. “[And] aside from a brief crackdown in 2001 when the group first took power, the trade has steadily grown since 1999.”

What does that mean to the Taliban so far as working capital? Well, “a May 2021 Special Inspector General for Afghanistan report quoted a US official as estimating they derive up to 60 per cent of their annual revenue from illicit narcotics.” The rest, presumably, comes from bad actors like Pakistan, Iran and Russia (though all three countries frequently deny those claims).

A BBC World Reality Check report by International Institute of Strategic Studies Fellow Dawood Azami confirms all of the above and then some, including Taliban taxing of truckers and infrastructure. Think mid 20th century Mob in America, only driven as much by extreme Sharia Law as greed.

Now we Americans can’t personally prevent bad actors from slipping money to the Taliban. We don’t have any say with the brutalizers taking over Afghanistan’s trucking industry either. But we can impact their primary source of revenue. In fact, one look at the faces of locked-down Afghani substance abuse sufferers says we should do everything we can too.

Yes, that means getting clean. Kicking opioids once and forever. No, (thankfully) you don’t have to sleep three to a bed or kick cold turkey, let alone resort to recovery cannibalism. You simply have to quit. If we can persuade even half of America’s estimated 5-6 million opioid addicts to get clean, we’d be taking billions away from the bad guys. Billions.

Yeah, we know. The Taliban aren’t the only bad guys making money off of America’s worst habits. We also know there are better reasons to get clean than denying bad guys our money. Our families, for instance, as well as our own country. Not to mention our own very lives. Nevertheless, taking money from these evildoers would certainly be satisfying. Incredibly satisfying. Even if it’s just the icing on a big clean cake.

It would also help put an end to people in recovery having to resort to cannibalism.

What do you think? You ready to help stamp out recovery cannibalism? How about saving your own life? That sound good to you? It’s definitely doable, you know. All you’ve gotta do is pick up the phone and commit. Whether you call Healing Properties or someone else doesn’t really matter. Just so long as you make the call. Please. Your family will thank you. Your friends will thank you. Hell, even the poor souls locked down in Avicenna would thank you, given half a chance. You don’t have to get clean for them; you get clean for yourself. But it would be cool if a part of you got clean because of them. Real cool.