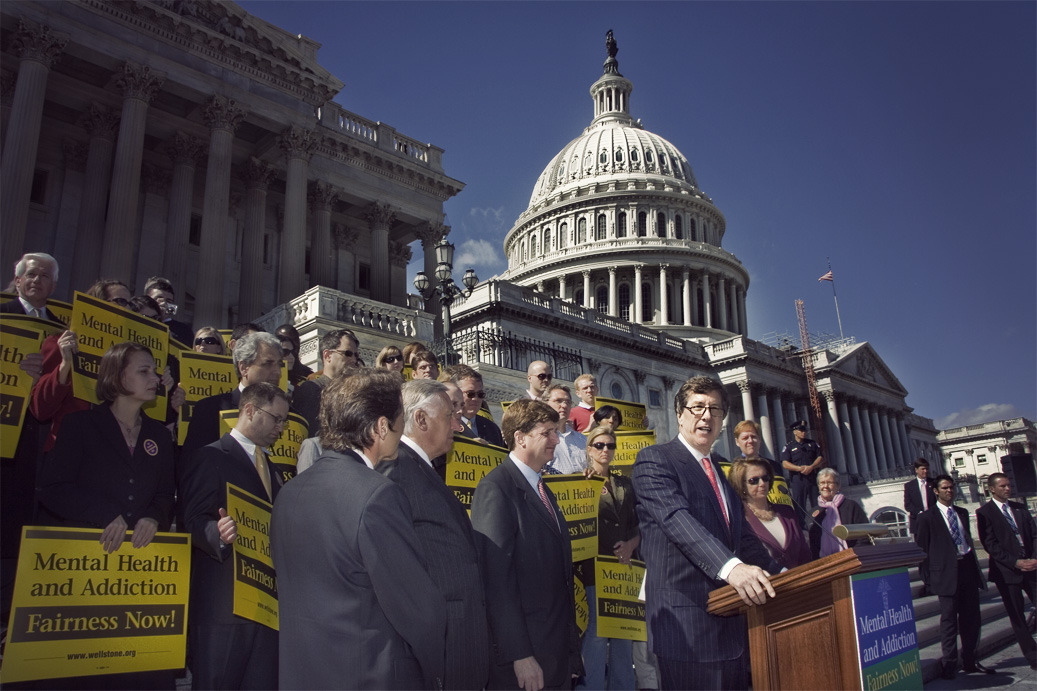 Jim Ramstad wasn’t just a recovery champion. He was someone who had scaled the highest peaks of government despite a lifelong battle with alcoholism. Actually, the former congressman would probably say he succeeded because of the battle, rather than despite it. He’d also be the first to say so at that.

Indeed, Ramstad spent a decade in the Minnesota State Senate, nine terms in the U.S. House, and 39 years in sobriety. And never once did he cease being readily open either to discuss his own struggles or to step up and help others. The legacy he left behind attests to that fact — and then some. For it is as robust and resounding as the effect he had on the people in his sphere, as well as around the country.

“He leaves a legacy of love, service, dignity and respect, especially for the most vulnerable in our society,” wrote Dean Peterson. Peterson served as Ramstad’s chief of staff from 1995 to 2009, so he knows firsthand the depth of his former boss’s legacy. Peterson also said the then Congressman “was committed above all else to helping others do the work of achieving and maintaining sobriety.”

As Minnesota Public Radio reports, Ramstad’s commitment to sobriety began on July 31, 1981. That was the day he woke up in a South Dakota jail cell after being arrested for disorderly conduct. He had only recently been elected to the Minnesota Senate. And the arrest felt like the worst-possible thing that could happen.

“He was certain that his career was done,” said Peterson. Fortunately, “he had an adviser at the time who said, ‘Just be honest, Jim.’ He’s followed that dictate ever since.”

Consequently the arrest turned out to be a boon instead of liability. A real bona fide boon. Seems Minnesotans appreciate candor and honesty. “It was quite a lesson for him,” said Peterson. “Hopefully [it’ll be a lesson] for others going forward.”

Peterson also said the candor and honesty permitted Ramstad “to embrace his addiction and recovery story.”

“He’d do media interviews and he’d get calls from all over the country,” said Peterson. “Mothers whose kids were on meth and they had no idea what to do; wives who didn’t know what to do about their alcoholic husbands…” And he always “relished the opportunity to help.”

For the Republican Ramstad, help meant diligently reaching out to lawmakers from across the political spectrum in order to accomplish his goals. One of those lawmakers Ramstad reached was then Minnesota Senator Paul Wellstone, a Democrat. Another was then New Mexico Senator Pete Domenici, a Republican.

That the Senators came from different parties didn’t dissuade Ramstad. Neither did the fact that they were respectively the most liberal and conservative members of those parties. If anything, the dichotomy was a challenge. It certainly compelled him to push ever harder. And the resulting Paul Wellstone and Pete Domenici Mental Health Parity and Addiction Equity Act remains perhaps the most recovery-friendly piece of legislation ever passed.

Since the Wellstone-Domenici Act became law, millions of Americans have received health care coverage for mental health and addiction treatment, said Minnesota State Sen. Paul Anderson (R). And Ramstad’s willingness to reach out to others is what made this significant legislation possible.

Senator Anderson, who interned for Ramstad and later managed two of his campaigns, still regards him as a role model.

“Jim Ramstad was the definition of a selfless public servant” he said. “His legacy will live on in the thousands and thousands of lives he helped through his work in addiction and recovery, as well as his tremendous political career, both in Congress and in the Minnesota Senate.”

Furthermore, his “commitment to always work in a bipartisan, pragmatic and commonsense way is needed now, more than ever. He will be truly missed.”

Ramstad didn’t limit his recovery championing to the floor of Congress either. In fact, he often took calls and helped people work the 12 Steps even during his off hours. “What you saw publicly was what he did privately,” said Peterson. “It was his personal legacy of service and love and doing the next right thing.”

Indeed, Ramstad was part of what ABC News calls “Capitol Hill’s most secret and exclusive club — addicts.” Though it’s highly unlikely the good Congressman would consider it quite like that, he was indeed a member. He was also a member of the House. And as such he helped many a fellow member — of both clubs.

That membership included former Florida Rep. Trey Radel (R), who resigned after being arrested for trying to buy an eightball in D.C., as well as ex- Rhode Island Rep. Patrick Kennedy, who admitted a prescription pill addiction after crashing his car into a Capitol Hill barricade. Ramstad sponsored both former politicos.

“Ramstad came and visited me at the Mayo Clinic,” recalled Kennedy. “He said, ‘Things will get better. I was where you are.'”

Indeed he had been and indeed they did. Unfortunately, Congress seems to currently be without any recovery champions. It’s certainly without a champion as vocal and determined as Ramstad, or as recognizable and committed as Kennedy.

Healing Properties wholeheartedly applauds the life and work of U.S. Representative Jim Ramstad. We also extend our deepest sympathies to his friends, his colleagues and his family. The more we read about the longtime public servant, the more we realize how amazing and impactful he was to Minnesotans, as well as to the country-at-large. We also recognize how much we miss (and need) his type of governance. Few officials seem willing to lay down their pride and their ego in order to advance a common good. Even fewer officials succeed. That Mr. Ramstad consistently did both is a testament to his strength and to his dignity. It is too a testament to an America that once was and can again be.

Congressman Ramstad’s selfless success also testifies to the benefits of Alcoholics Anonymous. The Honorable Mr. Ramstad devoted 39 years of his wonderful life to the 12 Steps. He worked them himself. And he led others through them as well. And we can’t help believing that those Steps helped give him the courage and the strength to prevail. Even Mr. Ramstad’s former Chief of Staff attested to his continued willingness to do the next right thing. We know where that simple dictum comes from. We know how it works. And Congressman Ramstad’s life and legacy is a perfect example of how effective it can be. After all, it’s what made him such an enduring recovery champion.