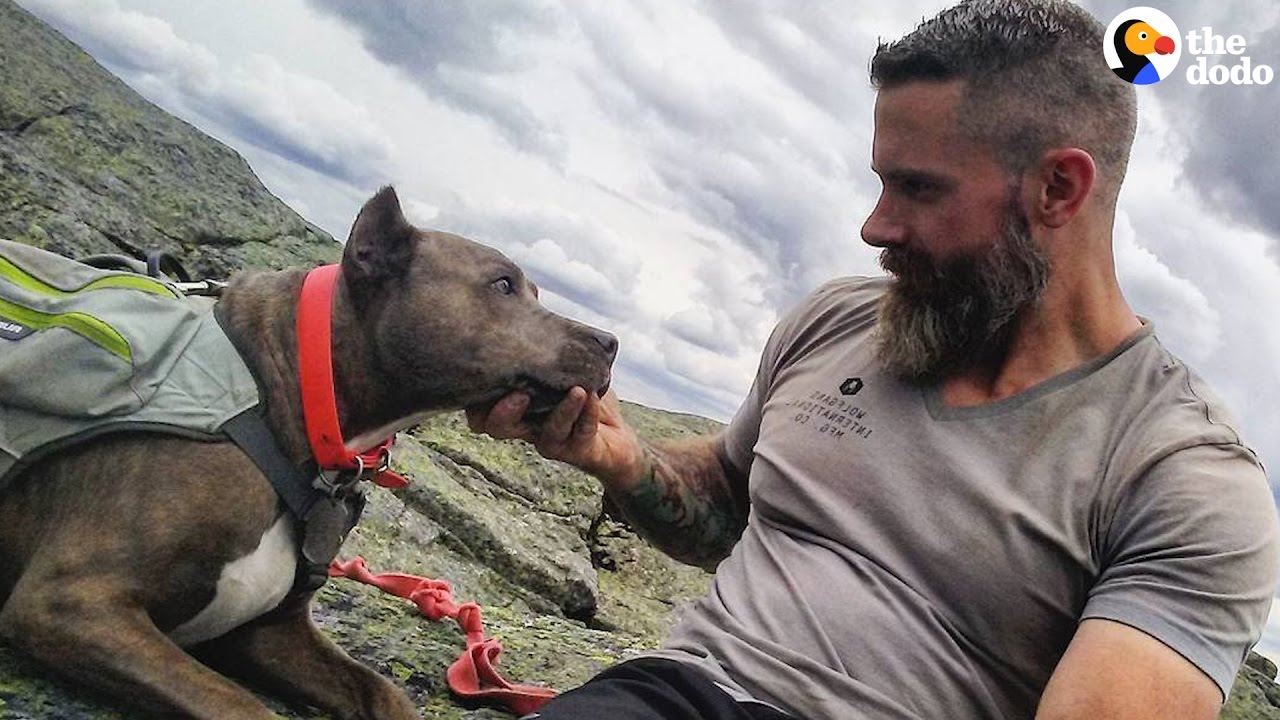 Recovery Dog: Now This is What We Call Inspiring!

Make that very best friend. Because the two have been inseparable since then. Then again, isn’t that generally how beautiful man-meets-dog stories wind up? Of course it is. Especially when those beautiful stories wind up on The Dodo.

The Dodo, as you probably well know, is a story-generating site dedicated to humans’ interaction with animals. It’s also one of the most wildly popular brands in the land. And while the channel claims to be For Animal People in general (and has indeed featured everything from gerbils to giraffes), the majority of its wonderful stories involve either dogs or cats.

Not that there’s anything wrong with that, mind you. Quite the contrary. After all, a channel doesn’t generate 47,608,317 Facebook Followers without doing something quite right. And, while we don’t have anything against gerbils or giraffes, dogs and cats just always seem to be where it’s at.

It’s certainly where the PJ and Clove clip is at. And it’s about as heartfelt as heartfelt gets without anything breaking. It’s also downright inspiring.

The clip begins with a man and his dog on a mountain. It’s PJ and Clove of course. That mountain though, well, that would actually come later. So would Clove. See, before PJ decided to even get a dog, his life was still in some disarray. Clove wasn’t doing much better herself. Sad. Shut in. It was almost as if she’d given up on her future.

Then again, Clove was being held at a kill shelter.

Ruff House Rescue swooped in and pulled Clove from the kill shelter; then they started posting her story on social media. That’s where PJ comes in.

“I saw her on Ruff House’s Facebook page and when I saw her face I just had to meet this dog.”

Fortunately PJ had just found a place to live. Only just, but he had it. He also had two years of sobriety, which was just enough time to make the commitment. Seems the gods knew it too.

“The day after I moved in I get a call from Diane at Ruff House and she asked: ‘Could I come pick up Clove right now?!’

Things didn’t click right away. That first day Clove was scared and shut down. PJ could feel it.

“It was very awkward,” he says. “I knew she was very uncomfortable. She just kind of cowered in my presence.”

“The next day though I took her to a park and it was “poof!” This wasn’t the same dog that I picked up. All of a sudden she came alive. And I was like, Alright, let’s go with this!”

The two haven’t stopped going with it since.

Hiking every single weekend, rain or shine. Trails, mountains, you name it.

“I had never even gone for a walk in the woods,” says PJ. “And I had [certainly] never climbed a mountain.”

Now he can’t wait to do anything but walk and hike and climb, so long as it’s with Clove. In fact, it’s become a form of therapy that PJ gets to share with his best friend.

“Hiking was the common ground that initially broke the barrier between the two of us,” he adds. “It became a shared experience. We were learning the ways of hiking and climbing together.”

Seems Clove is a little quicker with the switchbacks though.

“I don’t know if she’s studying trail maps while I’m at work,” jokes PJ, “but she knows exactly where to go. I’m kind of following her half the time. And we’ve never gotten lost.”

They haven’t lacked for adventure either.

“We got caught in an electrical storm on top of a 14,000 foot mountain,” remembers PJ. “It was August and it started snowing. I just basically laid on top of her until the storm blew over.”

Then the two were blessed by a glorious rainbow.

“There’s no temperature we haven’t experienced — blizzards, temperatures down to negative 40, temperatures well into the 100s… We even hiked the tallest mountain in the United States that a dog can actually stand on, which was a very emotional day.”

“It’s like how much fun can we squeeze into a weekend?

And how much bonding.

“This mental connection between the two of us is really beyond anything I’ve had with a human,” he says. “It’s like this mutual camaraderie — she pushes me to keep going and I keep pushing her to keep going.”

Clove also taught PJ how to be present…

And she taught him how to forgive others, as well as himself.

And like all great recovery stories, Clove even helped PJ find someone special. Her name is Rachel.

Rachel however is going to have to share PJ. Because Clove and PJ will never separate. She’s simply come too far. They both have.

“I’m like the proudest father in the world. I’m proud of the progress; all the barriers that she’s crushed. And I’m so glad that I can be a part of it. Clove has given me a reason to get up, get off my ass, and just do my best.”

And that’s all that anyone needs to do. Ever. 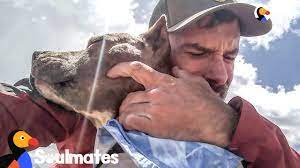 Healing Properties salutes PJ and Clove. We also thank them both for sharing their inspiring story. Yes, a man and his dog can be a beautiful thing. A man and his recovery dog however, can be even more beautiful. Especially when you consider how far they’ve come, how much joy they’re creating, and how much they’re enjoying each other’s company. Kinda makes you wanna get a dog of your own.

Actually, there are scores of available dogs out there. And there’s not a shelter in the country that wouldn’t welcome your help. So if you can handle a dog (or if you even want to contribute), please do step up. You never know just what may come.

Speaking of which, we’d also like to salute and thank both The Dodo and Rough House Rescue. The Dodo’s consistently warm-hearted stories are a delightful tonic in this age of negativity. And we are incredibly grateful for their efforts. Rough House is out there saving lives. And not just canine lives either. Just witness this recovery dog story. It’s clear Clove saved PJ as much as PJ saved Clove.

What do you think? Better yet, how do you feel? You still suffering from substance abuse? Ready to call it a day? Perhaps you might benefit from your own recovery dog. You’ll wanna be free and clear before you commit though. Because pets are part of the family. And you’ll wanna be there for them, no matter what.

Anyway, we’d be glad to help. All you’ve gotta do is call. We’ll get you sorted real quick. Whaddya say?