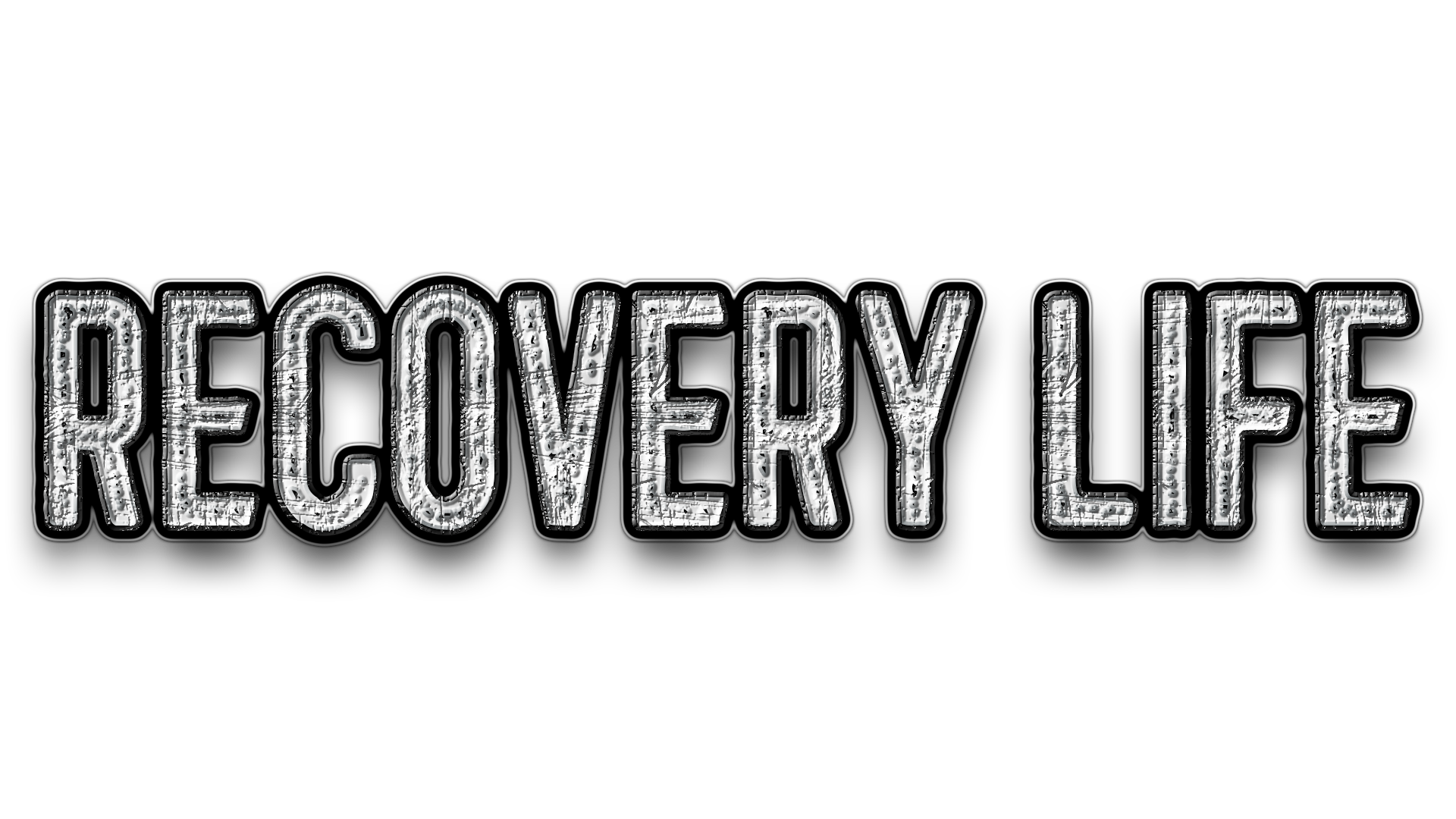 Seems not a single day goes by without someone somewhere spreading yet another addiction horror story. Oh sure, they try to end things on an up note, but for all intents and purposes it’s the deep, dark drama that drives them. Consequently, it’s the deep, dark drama that they emphasize. Cars are crashed. Bodies get battered. Folks go to jail. Lives become broken. With all that darkness you’d think there’d never be another sunny day. Well, Mike Kappeler’s Recovery Life wants to change all that — one sunny story at a time.

The film project‘s first story is fittingly devoted to a man named Adam. Like his Biblical namesake, the man has bitten from the forbidden fruit. Unlike his Biblical namesake however, this Adam doesn’t blame Eve — not in the least. Instead he takes responsibility for his actions, then uses the lessons he’s learned to help others snap back from their own bad bites. By the time the hour-long film comes to an end, your cup will runneth over with faith, hope and light. It’s a far, far cry from your typical addiction melodrama.

Mike introduces us to Adam. 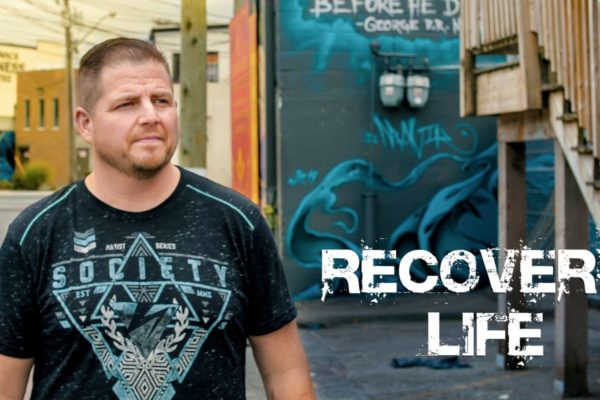 He will drop whatever he is doing for another willing honest open-minded man who wants to walk through the doors of recovery. Does this make Adam special? No. This is just an example of the man willing to go to any length to maintain his sobriety and acting as a channel of God to help another human being.

And we’re off! Yes, Mike has set a rather high mark, but we soon find out Adam will meet that mark. First though we’re told what makes him tick, by no less an authority than Adam himself.

When Adam discovered there was a whole world of folks who did nothing but drink he thought, “I have arrived. These are my people.” And long as he threw in his allowance, those people let him hang around. In fact, he kind of became the older kids’ de facto pet. Something fun to distract them from the fact that they were drinking away their lives.

It also distracted Adam from his own day-to-day. The more he drank, the more he was accepted by the big kids. And Adam craved big kid acceptance. So from there on out, he basically made a concerted effort “to be the best drinker he could possibly be.”

Before long the troubles began. By the time Adam knew what was really what, he was an errant father to three kids he didn’t know and was racked with “anxiety so tragic and painful he couldn’t blot it out.”

Adam was both out of ideas and out of plans. His eyes had stopped seeing, his ears had stopped hearing, and his heart had just closed down. Eventually he was left with just two obsessions — “get drunk and self murder.”

“There’s a difference between wanting to die and wanting to kill the man you see in front of you,” says Adam.

Adam got lucky. His company offered to send him off to rehab. Unfortunately, it was the kind of rehab that lets the addict and alcoholic blame others for their problems. In other words, the absolute worst kind of rehab ever.

He calls it a Depression Clinic. And he went through its 90 Day “Spin Cycle.” By the time Adam dried out he blamed the world for everything. He’d also gone from “hopeless to delusional hopelessness.” Another big difference. So big, in fact, that it catapulted Adam into “a whole new realm of hurt.”

The treatment was ridiculous. So was the excuse it provided: “You’d drink like me too if you only knew my story.”

In the end his company spent 60K. Adam put on a few pounds and left worse than ever.

“I went from hurting to wounded and hurting,” says Adam. “They released me back into the wild a wounded, hurting human being. Broken. Completely broken. If I wasn’t broken before I was tragically skewed now.”

“To think nothing of the world around you is a horrible place to be,” he continues. “It’s worse than death. There’s no description for that sort of punishment.”

Then Adam found Alcoholics Anonymous. He didn’t immediately see how AA could benefit him, but he saw peace in others. Sometimes in himself too.

“Even if it was 10 minutes out of the whole day; those moments sitting with those folks I felt peaceful. And I couldn’t find peace anywhere.”

Adam got a sponsor. Brad. Went in and out of meetings. And slowly but surely worked his was to recovery life.

Then comes an incredibly discouraging word: Adam’s dead. He’d taken a knife to the side.

“I felt warm, I felt peaceful,” said Adam. “I also couldn’t understand why an officer was leaning over and screaming ‘Stay with me! Stay with me! The ambulance is on its way!'”

Adam didn’t know he was dying. “I felt comfortable and warm and safe.”

“Then the strangest thing — it was dark out but I began to feel more light. And more peaceful. The louder the cop yelled the less I heard him. Then boom — there was no more sound. It was it.”

“Somehow I knew I was gone. That it was over. The pain and the suffering and the misery of being alive was gone. And I floated off into a whole new place.”

Adam says he was then told the story of every life he’s ever known. Not just what has happened to them, but what’s going to happen to them. Their life’s entire narrative, straight through to the very end.

He says he didn’t know whether it was a curse or a blessing, but “I didn’t want to leave.”

Then bam! The heart monitor.

“It was the loudest sound I’d ever heard in my life,” says Adam. “We don’t even know how loud the world is until we get spiritually quiet. Our own heartbeat can thunder the world.”

“To know that we have that inside of us? What a gift. What a blessing.”

Brad came to see Adam in the hospital — he had one question:

Are you finished yet?

The two men got to work. Brad broke down the 12 Steps’ mechanics — how it was done as well as what will be revealed. He also broke down Adam himself. Until Adam finally surrendered his inability to believe.

He also discovered “the ripple effect — good or bad. Throw in a pebble, and that ripple will affect every part of that lake.”

Simple? You bet. As simple as transformation.

Then came the signs and wonders — a maple tree completely shedding its leaves while Adam’s doing the paperwork for Step 4. A man with a cross on his back strolling through downtown Chilliwack while he’s speaking with Brad about God.

It was the beginning of “a most amazing adventure.”

Adam spent a full year making amends: “How to make it right. Owning those things, admitting the truth, opening the path to forgiveness.”

“There’s nothing more beautiful than repairing those damages,” he says. “To see someone set free from something I did was miraculous.”

“I’d like to say it was easy, but it wasn’t” he continues. “It wasn’t the pain I knew before [though]. Suddenly my heart felt so insanely big and full of love — it was overwhelming.”

“I went from wanting to die to being electrifyingly lit up. I could feel you from across the room.”

Adam now helps others whenever and wherever he can. Though he believes a higher power does the real heavy lifting.

“There’s a solution that works 100% of the time,” he says. “I sit and listen and lay out some instructions and give them the tools. Then I ask if they want the freedom to enjoy a whole new life?”

Recovery Life. Man, can it be beautiful. Just ask Adam.

If you’re seeking true recovery life, please give us a ring. We’ll help get you sorted quick. And if you’d like to learn more about Adam and Mike and the team at Recovery Life, head on over to their site or their YouTube page