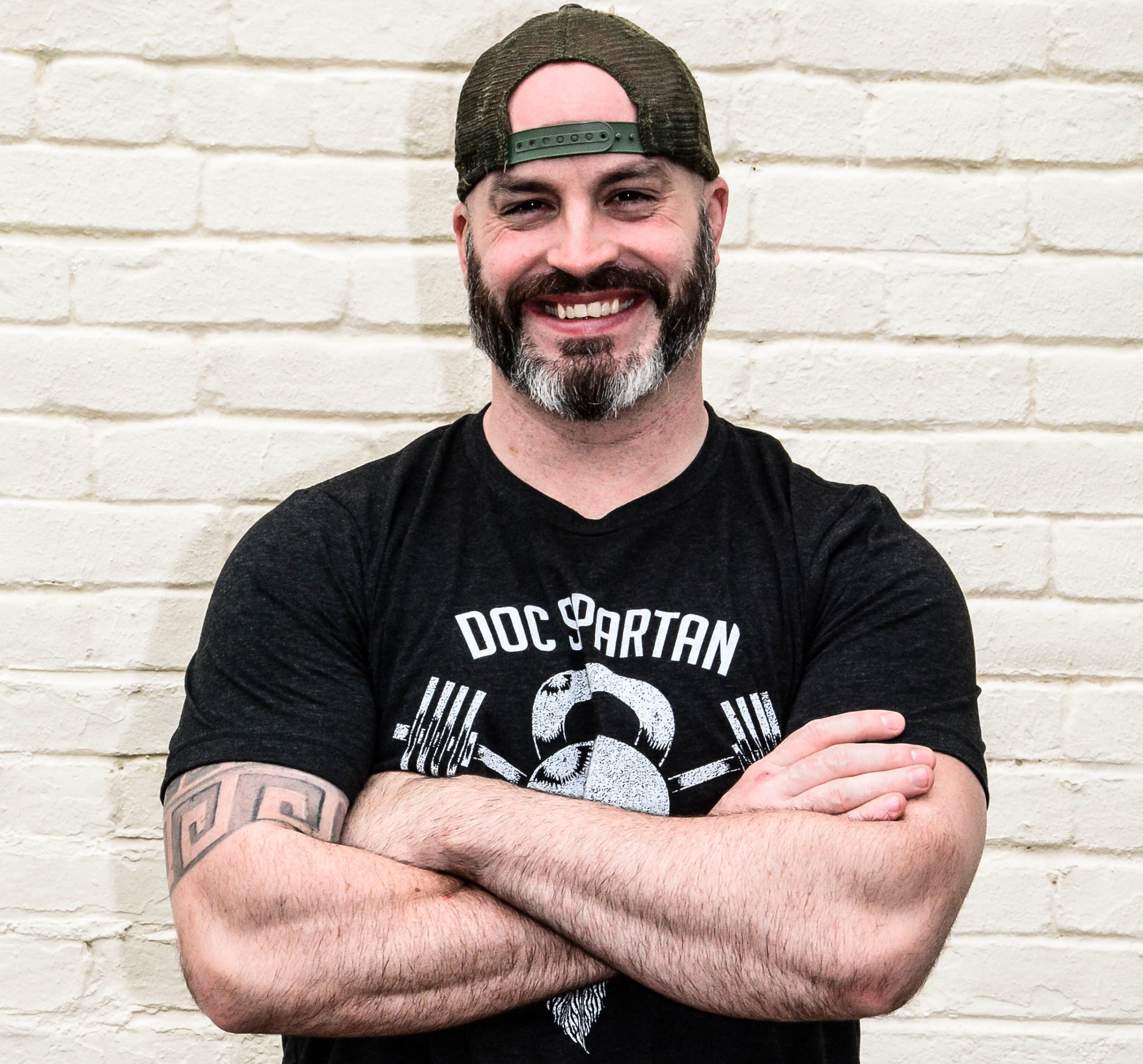 Recovery Strong: How Dale King is Strengthening His Hometown

What do you get by adding CrossFit, kettlebells and military frontline strategy to addiction treatment? Strength, hope and a new lease on life. Call it: Recovery Strong.

That’s a quick summation of what’s happening in and to the town of Portsmouth, Ohio. But even a phrase as bold and as emboldening as Recovery Strong doesn’t completely describe the true sum of all these parts. Because what’s goin’ on in Portsmouth is nothing short of a Great Reawakening.

If there’s one person to blame for what’s happening in and to Portsmouth, it’s definitely Dale King. After all, it was the former U.S. Army Intelligence Officer who came back to his hometown and started a full-blown ruckus. Then again, who could blame him? Because when King returned to his beloved Ohio Riverfront hometown, it was in shatters.

Portsmouth “is ground zero in the Opioid Crisis,” says King. “The pill mill/pain clinic model was [literally] invented by a doctor down the street. And I’ve seen firsthand the devastating effects it can have on people and a town.”

King was heartbroken. He was also angry. Heartbroken and angry enough to do something about it.

In 2010, King “found an old warehouse off the beaten path and opened” the Portsmouth Spartan Kettlebell Club (PSKC). Opening a gym was a real longshot, especially amid such devastation. But for King it was a dream come true. Besides, there were much larger stakes at hand than money. There was a town full of folks that he cared about.

And who apparently cared about getting fit with King.

“We didn’t offer air conditioning, towels, or comfort,” recalls King, on the PSKC site “just a brick warehouse full of steel, iron, sweat, love, and passion. We opened up, and you guys came. Not only did you come but you suffered and sacrificed. You gave everything you had into the workouts; then you went home and told your friends.”

Five years later King teamed with a local yoga instructor named Renee Wallace and launched Doc Spartan. The company makes a full-range of all-natural salves and grooming products, including Doc Spartan’s Combat Ready Ointment. It was also successfully featured on Shark Tank. But Doc Spartan’s real claim-to-fame might be the fact that it’s staffed entirely by people who are in recovery.

Yet even with a packed gym and a successful start-up, King felt compelled to do even more. So when The Counseling Center approached about teaming up and creating an extensive fitness/recovery program, King was all in.

The goal? “To provide addicts with a blueprint for change after leaving addiction treatment.” The results? Astounding. Combining CrossFit with addiction recovery provided strength and hope to an almost unprecedented degree. In fact, the program was so successful that PSKC eventually expanded its services to include a comprehensive job training initiative that helps gym members transition back into the workforce. Now, local businesses around Portsmouth are recognizing the successful formula to the point where they prefer hiring members of King’s gym.

If You Build It…

For some folks, Portsmouth used to represent the best that Heartland America had to offer. For King, it still does. And his concerted efforts make that abundantly clear. PSKC is located in the building that once housed the Portsmouth Casting Company. For decades the company built “strong, durable and unbreakable equipment” to serve the American market. Now, King’s gym helps build strong, durable and unbreakable Americans.

King’s remarkable rebuild doesn’t stop there either. Between the success of PSKC and the pandemic, the demand for kettlebells has gone through the proverbial roof. So King and cohorts teamed up with The Ohio Stove Company to manufacture the kettlebells right in Portsmouth. That Ohio Stove has been around since 1872 surely isn’t a fact that’s been lost on King.

Neither is the ability to stamp the kettlebells “Made in America.” In fact, says King, it’s enabled him to come full-circle.

“A kettlebell has changed my life,” King told WSAZ’s Kelsey Souto. “From the time I started swinging one 12 years ago to be a part, a small part of making them now in Ohio, means a lot to me.”

How and where his products are manufactured is also likely why King has carried forward the “Made in America” tradition over at Doc Spartan.

“We have damn near made every mistake you can make when it comes to operating a small business,” says King on the Doc Spartan site. “However, we got two things right: Our products and our people.”

Do you think it’s a coincidence that those happen to be the two things that King cares most about? Neither do we.

King not only “now employs individuals looking for a safe place to land while in recovery,” he’s additionally “providing them a tough but stable environment [where they can] learn and grow.” In other words, he’s making a real difference in their lives. King’s also learned that making a difference in the lives of others in turn makes a big difference on his own.

To King, they’ve all become part of his extended family. And the concomitant rewards are multiplying as the family continues to grow. King cites the experience of one family member that happened late last year…

“We were able to give him his first paycheck around Christmastime,” said King. “And he took the paycheck and looked at it and said ‘thank you, I can buy my kids Christmas presents for the first time.'”

WSAZ’s Souto rather nicely summed it all up: King’s “endeavors allow him to give back to the community — a place that has always had his.”

Healing Properties would like to applaud Dale King for all he’s done in helping the people and the town of Portsmouth. We’d also like to congratulate all the folks who’ve successfully availed themselves to the new sober opportunities that’s King’s helped put into play. Recovery always has a better chance of succeeding with strong support. And King’s efforts could best bet defined as Recovery Strong. If you or someone you know and love is having difficulties with any kind of substance abuse, please please seek help.