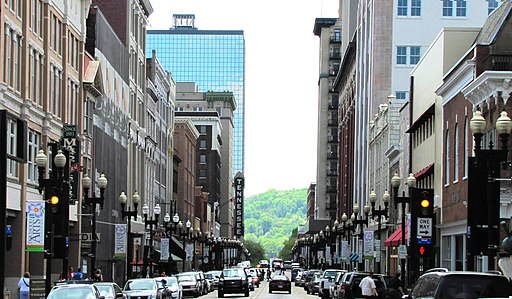 Report from East Tennessee: A New Strain of Killer

Knox County is Tennessee’s third largest county. It’s seat, Knoxville, is the state’s third largest city. Unfortunately, the nearly half-million folks who reside in this East Tennessee enclave have one heckuva first-rate problem. Its deadliest yet.

We’re talkin’ about fentanyl. And not just any fentanyl either. But a special strain that’s even more lethal than usual. And it’s coming in here first because the Cartels have labeled East Tennessee a prime market.

To Market, To Market

The two East Tennessee counties did have a head start though. So did the rest of the state. Heck, the way opioids were being prescribed below the Mason Dixon Line at the beginning of this century, the entire South got a head start. A deadly head start.

The CDC Opioid Dispensing Rate Map says that Knox County received 174.8 opioid prescriptions for every 100 residents back in ’06. Anderson had it even worse, with 203.1 per 100. And of course prescription rates like that are going to leave behind a rash of addicts. Rates finally started sliding by 2012, with 144.9 per for Knox and 202.1 per for Anderson. Yet by then the damage had long been done. Both counties had opioid addiction rates that were among the highest in the country.

We all know what happened next — the hammer came down on Big Pharma, pill mills were shuttered and the addicts got kicked to the streets. That’s when heroin sales started to boom. So did heroin arrests. Then fentanyl started being added to the mix and we had another astronomical number to address — overdose deaths. Seems the Cartels didn’t quite know how to calibrate the deadly drug, so they used the old trial and error method. Americans paid the price — with their lives.

Now the Cartels have their very own pills mills. These aren’t simply for dispensing, mind you. They’re for manufacturing and then dispensing. Oh, heroin is still being mixed with fentanyl. In fact, cocaine and methamphetamine have been added to the mix-list. But the big deal dealers have also found a way to make fentanyl the main ingredient. That’s by crafting f-packed prescription knock-offs. And with social media helping to bring those counterfeit pills to market, that market is booming.

A Little Dab Will Do (You In)

Even though fentanyl is already the overriding ingredient in those counterfeit pills, the Cartel chemists keep tweaking the components in order to make them even stronger. And rather then simply sending out the new concoctions just anywhere, they’re sending ’em where they can best be tested.

That seems to be the case anyway. It also seems to be why East Tennessee morgues are seeing so many bodies done in by these lethal new strains. Those Cartel chemists aren’t calibrating in actual labs. There’s no oversight either (unless you count gunpoint oversight). Heck, for all we know, those so-called chemists are probably not even using beakers and scales. It’s simply a case of add a dab here and add a dab there and let’s see how it plays.

Unfortunately, even the slightest dab too much is enough to do someone in.

That’s what WBIR reporter Cole Sullivan discovered when he went to Knoxville Regional Forensic Center to find out why 64 recent autopsies involve para-flourofentanyl. This new strain, also known as “White China,” is proving to be a favorite among local users. A deadly favorite. And while that development is raising alarm bells across East Tennessee, it surely doesn’t concern the Cartels. It probably even pleases them.

The Cartels may want to hold off on their celebrations though, because they’re now going up against Knox County District Attorney General Charme Allen. And from the looks of DA Allen’s website, this prosecutor makes tough-on-crime look like a hug. Indeed, the East Tennessee firebrand’s crime-fighting methods seem to start with no-nonsense, and they then get more unequivocal from there.

Wanna sell meth on elementary school grounds? Bam! Twenty-five years. Wanna sell drugs in a family-soaked neighborhood? Boom! Your house gets shuttered with a nuisance injunction. In fact, when prosecutors and investigators from the Knox County Sheriff’s Drug Related Death Task Force recently closed one of those nuisance residences, it marked the sixtieth time the District Attorney’s Office and Knoxville Police Department had tag-teamed to save a neighborhood. That’s sixtieth. Six. Zero.

We’re determined “to go back to that person who provided the drugs that led to that individual’s death,” Major said.

So when WBIR ace Sullivan says that these new strains leave traces “like a fingerprint at a crime scene” and WBIR anchor Robin Wilhoit ends the recent segment by saying Knoxville Police are assembling a multi-agency task force to go after the culprits, you can believe these nefarious dealers are on the eve of their last drug deal. Why not? Last year DA Allen’s office brought homicide charges against eleven predecessors.

To be fair, East Tennessee’s overdose problem is little different from the overdose problem in South Florida or Northwest Washington or anywhere else. Sure there are differences in degrees. But all-in-all, the fifty states’ overdose death rates seem to increase at about the same pace. They also decrease at about the same rate. Yes, decrease. Which is just what both Knox and Anderson counties saw in 2019. And they were a respectfully respective 9.8% and 11.6% at that. Unfortunately both also saw 41% and 82% increases the next year.

Fentanyl is simply out of control.

Worse, treatment isn’t keeping pace. Metro Drug Coalition’s Jason Goodman said his organization referred 400 patients to addiction treatment over the past year. It’s a cinch that number would have been much higher if more resources were available.

“As the need has gone up, we haven’t scaled the services to meet the need,” he told WBIR. “We need more detox beds. We need better access to treatment.”

He said there can be a weeks-long wait for treatment. He also said addicts sometimes fatally overdose before they can even get a bed. So now Metro Drug Coalition tries to at least provide opioid-reversing Narcan. Why? To help keep treatment-seekers alive while they wait an open slot.

How about you? Are you suffering from the sharp edge of addiction’s sword? How about your friends and/or your family? Are they getting pierced? Yes, resources are sparse. But they are out there. You just may have to go a little farther to get to them.

Healing Properties knows a thing or three about addiction treatment. After all, we’ve been helping men get clean for 20 years. That’s also how we know there’s a solution. A real solution. Got doubts? Give us a ring. We’ll put out those doubts once and for all.