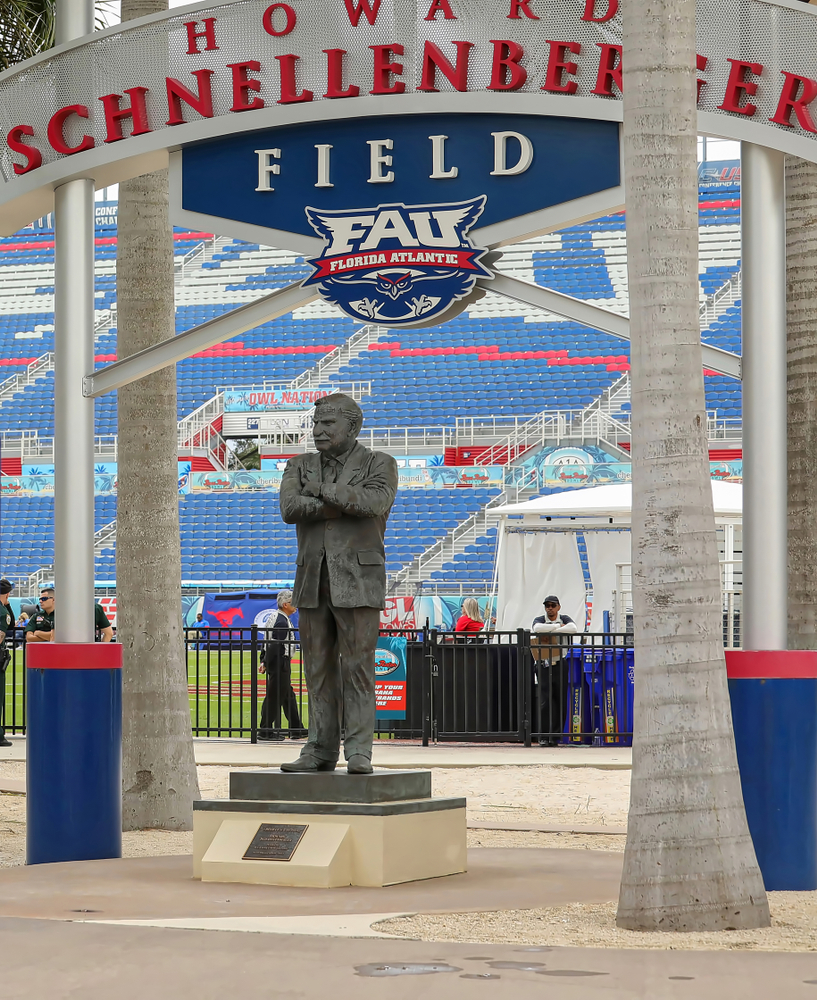 Thanks for Everything, Coach Schnellenberger!

It is with heavy hearts that Healing Properties reports the loss of Coach Howard Schnellenberger, the father of winning programs in Miami, Louisville and Boca Raton, as well as right here in Delray Beach.

Yep, you read correctly. Coach wasn’t just the legendary leader of some of college football’s most historic teams, but he was also the de facto father of Healing Properties. In fact, he was the beloved father of our founder, Tim Schnellenberger. So just as the Miami Hurricanes Tweeted “Without him there is no Miami football,” we say without Coach there is no HP recovery.

And we will be forever grateful for all that he’s done for us.

You probably already know the highlights of the legendary Coach’s historic life. He coached under Blanton Collier at Kentucky and Bear Bryant at Alabama, before turning pro with George Allen for the Los Angeles Rams and Don Shula for the Miami Dolphins. At Alabama, he famously helped recruit both Joe Namath and Ken Stabler; in Miami he was part of the Dolphins’ unbeaten ’72 season.

But it was at the University of Miami where Coach truly came into his own — and where everything fell upon him and him alone. Friends first counseled Coach against even taking the top job; insisting the Hurricanes’ football program was on its last legs. Well, it was. Then. But Coach strengthened those legs, then gave ’em speed, until they were strong enough and fast enough to upset Nebraska and win the National Championship in the ’83 Season. That Coach did so on Miami’s homefield Orange Bowl was the proverbial icing on an incredibly bountiful cake.

The next year Coach Schnellenberger accepted a $3 million offer to head a Miami USFL team that never materialized, so he wasn’t around for the ‘Canes’ next three championships. And while he did eventually appear to somewhat regret the move, it would also become clear why he made it in the first place. See Coach was a builder not a basker. Meaning he seemed happiest when building a team to be fit for the spotlight rather than basking in its inevitable beam.

Coach would go on to do just that — first for his hometown Louisville Cardinals and then for his adopted hometown, Boca Raton, for the FAU Owls. In fact, Coach was so good and so appreciated that both institutions built and named stadiums in his honor. Then again, why wouldn’t they? Coach’s complete revamping of the former and entire creating of the latter gave both schools winning teams to cheer on, just as he did in Miami.

“At Miami, at Louisville, at Florida Atlantic, no man stands taller in the football history of each. Most coaches are lucky to matter that much on one campus; Howard did on three. He was the genius nomad.”

The year was 2002, long before South Florida would become known as the recovery capital of America. In fact, recovery was barely even on South Florida minds, let alone the map. Seeking solid sobriety himself, Tim knew how much sober housing was needed. So he took two downtrodden apartment buildings on what was then the wrong side of the tracks and turned them into safe, clean, well-appointed and welcoming sober homes. Nearly two decades — and thousands of men — later, they continue to be just that. Sure, the homes have twice doubled in size. Yet they’ve never once forgotten their mission. That is, to help men turn around — and save — their own lives.

Coach not only supported his son from the very beginning, but he and Tim’s mom Beverlee also started the Schnellenberger Family Foundation so they could even further impact the recovery community. Consequently the name Coach Schnellenberger has also become synonymous with winning right here in Delray Beach.

Yes, Coach Schnellenberger’s teams won a Super Bowl, as well as the Orange Bowl and the Fiesta Bowl. Yes, the name Schnellenberger rises above two stadiums. And yes, Coach will also forever be renowned as the builder of some of college football’s best and most enduring programs. Yet his legacy goes far beyond sports history. It reaches deep into the lives of thousands of men who’ve been saved by a Schnellenberger Family program.

That resounding legacy also reaches deep into the lives of their families. Our families. In New England and the Northeast, across the Midwest and the South, out West and right here, in South Florida. And though there are far too many families to count on even a thousand hands, you can count on the fact that each and every one of them will be infinitely grateful to Coach Schnellenberger and his son Tim.