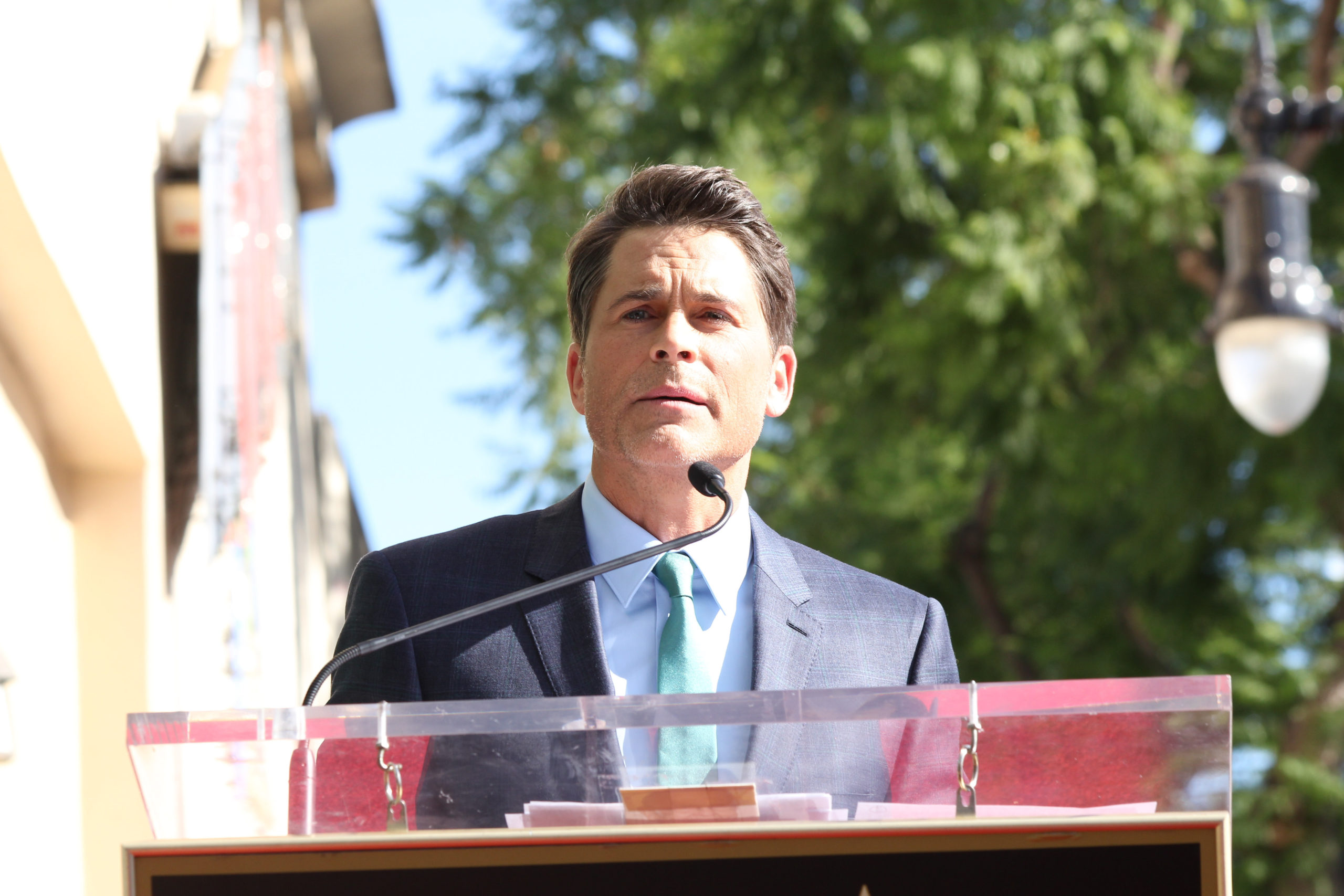 You’ve heard the promises made about sobriety. Over and over. Again and again. “Sobriety will make you happy!” “Sobriety will allow you to live your best life ever!” Well Rob Lowe is here to tell you, those promises are all true!

And boy, what a great good example he sets too!

You know Rob Lowe. Everyone does. It’s been that way for decades. There was a time though when people got to know too much about Rob Lowe. Hard-partying fueled the tabloids. A sex tape scandal made them explode. Then, all of a sudden, the Hollywood Brat Packer decided to grow up. He’d had enough. Enough of the drink. Enough of the drugs. And enough of the unwarranted attention.

It was affecting his very soul.

The hard-partying wasn’t doing his career any good either. In fact, his entire ’90s were pretty much a wash career-wise. Then again, Lowe was up to something that would indelibly strengthen his career, as well as himself.

We mean sobriety. And family. In 1990 Lowe got sober. Then in 1991 Lowe married makeup artist Sheryl Berkoff. Sons Matthew and John would come in ’93 and ’95.

Then Rob Lowe found himself starring in a hit television show. The year was 1999. The show was The West Wing. Rob Lowe has been ever-present on our TV screens since.

He’s also been sober. Thirty years. How? Recovery, sobriety and therapy. Lowe’s a big believer in all three. He’s got a caveat though: “You have to want to do it.”

That’s what Lowe told Willie Geist on Sunday Today. That’s also what he tells young guns who are battling addiction. Lowe tells their parents the same thing too.

“I do a lot of work with adolescents who are struggling with drugs and alcohol, as well as their parents,” said Lowe. “And that’s the thing I always tell them. No one can get healthy for their job or for their relationship or because of their court case, or because of Mom or Dad or a sister or brother. They can only do it when they want to do it.”

“It’s really simple…” he added. “I wanted to do it. I was done, I was ready, I did it and got into recovery. And recovery really does work for people who work it.”

In that Willie Geist interview (which we found out about through People’s Jen Juneau), Rob Lowe recalled the hard-partying that occurred during The Outsiders. He also remembered how it cast him in the public eye.

“Nobody’s going to do a pity party or have a telethon for all those suffering 18-year-old movie stars, you know?”

Lowe was then part of a regular cycle of young Hollywood celebs who get struck by the glare of the spotlight early in life. For some it occurs way too early.

“There aren’t that many people who go through it,” he said. But those that do “either come out on the other side of it way, way, way better, or way, way, way worse.”

Lowe — thank Zeus! — scored on the side of way, way better.

We’re not the only ones who think so either. In addition to the numerous awards and nominations, Lowe received a star on the Hollywood Walk of Fame (right in front of Musso & Frank no less!). He also received the Spirit of Sobriety award back in 2015 at the Brent Shapiro Foundation Summer Spectacular in Beverly Hills.

“Recovery is a road of many surprising, unexpected gifts,” Lowe said before the ceremony. “This is certainly one of them.”

“I haven’t been vocal about my sobriety on here just because I felt it was something I wanted to keep personal,” he wrote on Instagram last April. “But I had a change of heart today. Two years in and I am more grateful than ever to have a community of support and friends who continue to build me up and hold me accountable. Making the decision to change your life is difficult at any age, but as a young person I hope that I can be a small example that it is possible and that things really do get SO MUCH BETTER.”

Healing Properties congratulates Rob Lowe on his 30 years of sobriety, as well as his stellar and long-lasting career. May the example he sets be felt by everyone, regardless of their profession. We also congratulate John Owen Lowe on his near three years. As inspiring as his father’s accomplishments are, it’s equally inspiring to witness the accomplishments of the son. We duly salute them both.

What about you? Have you got three years sober? Thirty years? Would you like to have either? Both? It’s doable you know. Most definitely doable. And it begins with one phone call. So go ahead. Pick up the phone. Make your day. It’ll turn into years before you know it.