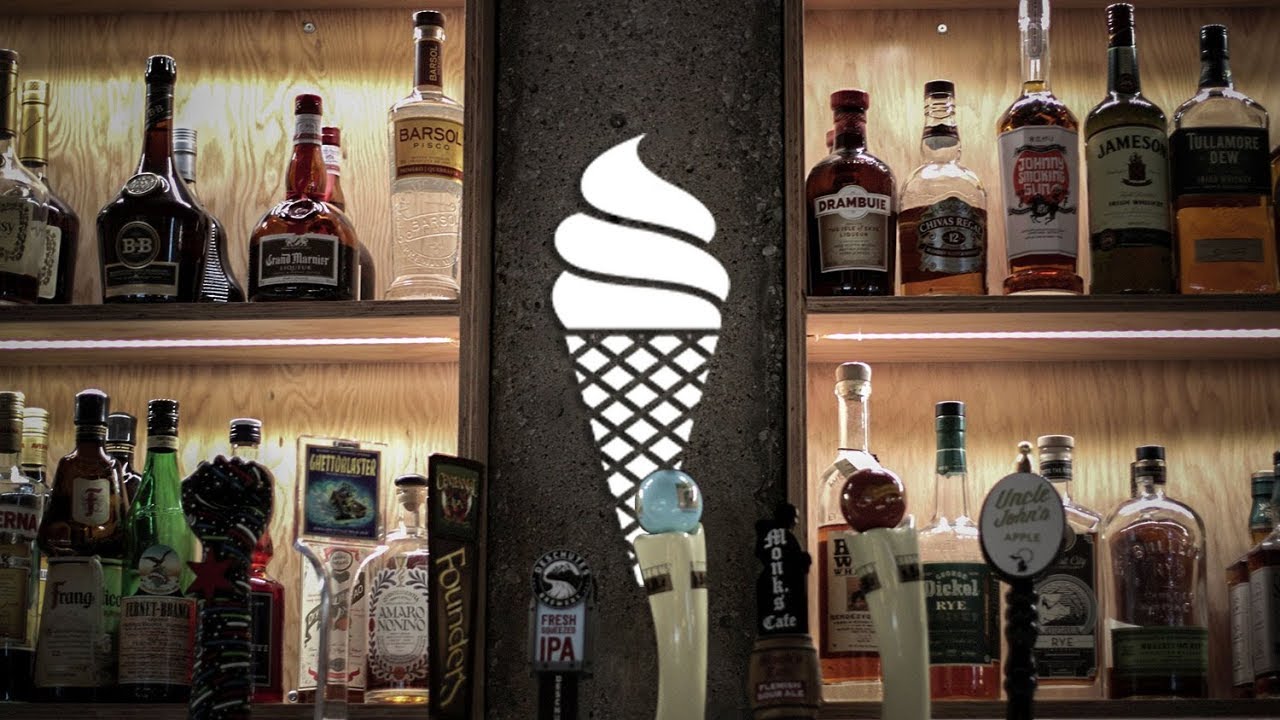 Everyone's heard about the guy who suffered a rum raisin relapse. Heck, it was even an implied Seinfeld joke. But can alcoholic ice cream really wreck someone's recovery? Many folks believe such a story is absurd. After all, rum raisin ice cream isn't even really made with rum. Or is it?

In a word, yes. There's rum in that there ice cream. Or at least in its raisins anyway. Häagen-Dazs even says so. And they should know too. Especially since it was the Bronx-born company who introduced the flavor to the mainstream American market back in the early '80s.

We soak plump raisins in rum and add pure, sweet cream for a rich, flavorful experience infused with just the right hint of warmth.

So there. Oh, Häagen-Dazs doesn't soak their raisins in a whole lot of rum (a reported .07%). And a whole lot of folks claim these days there's even less than that. In fact, some people have actually accused the ice cream maker of bowing to outside forces and de-rumming the flavor. Häagen-Dazs swears otherwise; insisting they remain 100% behind alcohol-infused confections. The company also insists that Rum Raisin remains an American favorite. And to prove both points, they've released a Spirits Collection that seems to capitalize on its continued popularity.

Häagen-Dazs isn't the only brand to bring booze to the ice cream market. In fact, a site called The Shot Caller (which got us pulling up to the bar in the first place) claims the alcoholic ice cream market is getting bigger by the drink. And not just with kids attempting a little after-school tipsy either. It couldn't be. The new barrage of booze-soaked flavors requires the buyer to be 21.

These new boozy brands also require a buyer to be relatively sophisticated. Sure a kid might be tempted by Tipsy Scoop's Spiked Mint Chip; it's unlikely however they'd fall for anything even as simple-sounding as Vanilla Bean Bourbon. It's a safe bet the rascals wouldn't go near the kind of crazy flavories offered by Salt & Straw either; unless said kid happens to dig high brow ingredients such as black truffle, blue cheese and foie gras.

In other words, we’re not talking about booze-flavored ice cream (ala Ben & Jerry’s Urban Bourbon); we're talkin' about flavors made for a mixologist.

H-D's booze-infused flavors all contain less than 0.5% alcohol (so they definitely won't get you drunk); they're also more akin to leisurely after dinner drinks than, say, bar-sidling belts. Still, there is just enough of that certain aroma to put a very bad idea into your head.

The rest of this hitlist comes from Laura Reilly at Thrillist and Amy Reiter at the Food Network. Some of the ice cream companies are predominantly booze-based (Buzz Bar, Mercer’s Wine, SnoBar, Tipsy Scoop); the others simply offer a handful of alcoholic choices amid their wide variety of flavors.

So, the question. Can a pint of Häagen-Dazs Rum Raisin really lead to relapse? Well, it can (just like almost anything can), but it most probably won't. There's just not enough alcohol. Ben & Jerry's Urban Bourbon is made with real whisky, but it's burned away in the baking process. Both brands however do generate the designated drink's same taste sensation, so if you're a serous rummy or whisky-back, that yabba dabba dabble could just do you in.

As for those other alcoholic ice cream brands? Stay away. If you're committed to maintaining your sobriety anyway. The only sobriety these booze-infused desserts are good for is California Sobriety. And while we're all for anything and everything that prevents people from doing hard drugs, that's really not our idea of sobriety. Not at all. See, we're from the School of Abstinence. It's what we adhere to, and what we believe in. That means we don't risk even a nip. Besides, some of these booze-infused brands are meant to give you a buzz. And it's hard to believe that any serious drinker will stop at an alcoholic ice cream buzz.

In fact, if you're even asking the question, you already know the answer. It's just not worth the risk. If you really want a thrillful buzz, try bungee jumping or skydiving. Hit an amusement park and jump on the fastest, tallest, craziest ride it's got. Go swimming with sharks. If you'd like something more soulful, head out and help someone in need. That'll buzz you. It'll keep you sober too. Heck, it may even make you more sober. The same applies to following one of your dreams. Those many moons you've spent ripping and running proves you know how to make -- and seize -- an opportunity. So make one -- and seize it. You'll find the buzz that comes from a dream coming true is as ecstatic as mad love -- and nowhere near as messy.

Think of the matter as a pop song. "Sugar Sugar" and "I Want Candy" will give you a much better bop than "Sunday Morning Coming Down." Not that there's one thing wrong with Kris Kristofferson's sublime classic, mind you, especially when it's sung by the inimitable Johnny Cash. It's just that in this case, you'll be a lot better off with Bow Wow Wow and The Archies. Really.

Meantime, we at Healing Properties are glad you took the time to question rum raisin relapse. We're even more happy you've decided not to risk it. Sobriety is difficult enough without teasing yourself with temptation. It's also too hard-earned to chance losing, let alone giving away. But if by chance you have found yourself on the wrong side of the debate, please don't hesitate to reach out. One quick phone call can put you right back on the right track. So go ahead, make it. Please. You just might make your day.