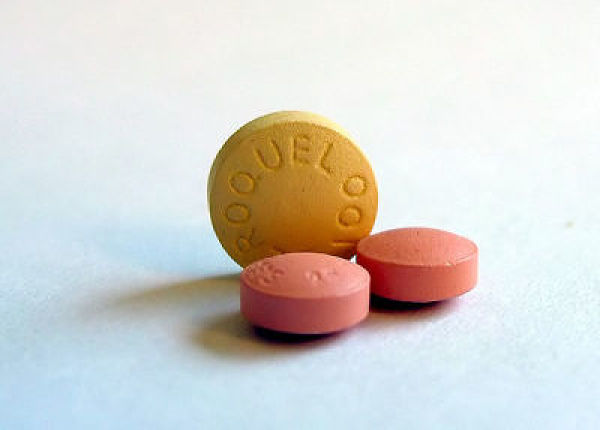 Seroquel: It’s Still Not Worth the Risk

Seroquel may not quite be in vogue anymore, but it continues to be abused in alarming numbers. The anti-psychotic also continues to be prescribed for an incomprehensible array of off-label uses — often to disastrous effect. If you’re thinking about making a date with the deceptively alluring Susie Q, please think again.

Seroquel is the brand name of quetiapine. The drug’s initial heyday started back in the mid-to-late Aughts, when it was introduced as an effective way to treat schizophrenia. AstraZeneca however found there weren’t enough schizophrenics to suit them, so the drugmaker began persuading physicians to prescribe the drug for less acute ailments such as insomnia and anxiety. Then Seroquel really took off. Prescriptions went into the stratosphere. So did misuse, abuse and addiction.

There was also an increase in hospitalizations and deaths. That’s right. Deaths. Turns out Seroquel isn’t so innocuous after all. In fact, it has extremely severe side effects. And some of those side effects are indeed lethal.

Alarm bells were rung. Studies were undertaken. Authorities convened. Yet side effects were considered minimal. Worse, misuse and abuse was found to run primarily to those who already misused and abused drugs. The result? Status quo. Oh, the FDA did send AstraZeneca a warning. A rather lengthy one at that. But for the most part Seroquel was considered a-okay to be used however prescribed. In other words, left to do whatever it would do.

For David Conley, Seroquel would do a lot. A lot of harm. None of it expected either. How could it be? The 43-year-old’s primary-care physician said low dose Seroquel works like an antihistamine, with mild sedation. Sounded good to Conley. Real good. Especially considering he couldn’t remember his last full night’s sleep.

In fact, Washington Post writers Amy Ellis Nutt and Dan Keating said insomnia had been a constant nearly all Conley’s life. Even through college, he’d slept fitfully. And he continued to sleep fitfully now. The lack was making him miserable.

The doctor prescribed Seroquel. A relatively moderate 100 milligrams to be taken at bedtime. Nobody said anything about schizophrenia or antipsychotics.

The pill ‘knocked him out.’

“I’d never slept like that,” he told the Post. He also told the paper his formally fit body started tumbling out of control. He began gaining weight. His blood-sugar level started to climb. Then things got even worse.

“My hands were swelling at night,” said Conley. “I’m taking 200 milligrams two years in, and I notice heart palpitations, pools of sweat, stabbing pain in my feet and arms.”

Conley gained 40 pounds. Despite continually working out. He became pre-diabetic; started taking blood-pressure medication. More doctors begat ever more doctors, including a cardiologist, who found an irregular heartbeat. An irregularity that once frightened him so much he pulled over at a gas station and called 911.

Of course getting off narcotics is much easier said than done. And yes, that includes Seroquel. In fact, when Conley attempted to slowly taper off his symptoms sometimes seemed to worsen. “They say it’s not addictive, but your whole body gets used to it,” Conley told the Post. “I was back and forth to the hospital . . . 25, 30 times with anxiety attacks and heart palpitations.”

Why did you prescribe Seroquel if it had all these adverse side effects?, Conley finally asked the doctor.

“Because you needed to sleep.”

The Post writers found that seemed to be the rule across the entire country. Nine million Seroquel prescriptions were written in 2015. Brand name and generic. And most of those prescriptions were for non FDA-approved uses, despite doctors’ increased awareness of its side effects. So many more, in fact, that the paper’s findings need to be further quoted in its entirety.

A Post review of data provided last year by Sermo, a social network for physicians, found that of 764 non-psychiatrists who said they had prescribed Seroquel or quetiapine, 84 percent did so for off-label uses. Insomnia was one of the top reasons cited, despite the lack of clinical studies on its efficacy. Other reasons doctors cited ran the gamut: obsessive compulsive disorder and autism, nausea and poor appetite, even erectile dysfunction.

To Seroquel or Not to Seroquel?

Conley’s tale should never have been written. Why? Because it should never have occured. After all, Conley started taking Seroquel in 2013, a full two years after AstraZeneca had paid out over a billion dollars to settle an onslaught of lawsuits charging the company with fraudulent promotion. To AstraZeneca however, that billion dollars must’ve been considered more investment than settlement. Because the company’s subsequent annual reports show that billion more than tripled to $3.6 billion. And that’s just what was sold between 2014 and 2016.

Seems the question of whether to Seroquel or not to Seroquel was never really a question at all. Not for AstraZeneca anyway.

The Post’s findings attribute the Seroquel problem to a range of issues, including “the sometimes conflicting forces within health care, the relationship between medications and marketing, and the limits of regulatory protections.” The Post also cites “physicians with minimal training in psychiatry and too little understanding of the potential downsides” in off-label prescribing.

Whatever the reason, the facts remain the same: “a pill that medical experts say can cause diabetes, heart arrhythmia and potentially irreversible movement disorders continues to be prescribed to many Americans who are only seeking either a good night’s sleep or a day with less anxiety.” Furthermore, many of these Americans are probably unaware that the drug was originally aimed at treating a schizophrenic’s delusions and paranoia.

“The range of problems it causes in terms of deteriorating quality of life makes it not worth it,” British psychiatrist and author David Healy told the Post. Healy added that he prescribes Seroquel only so his most seriously ill patients are “able to function.”

The Washington Post analyzed more than four years of most recent data from the FDA’s Adverse Event Reporting System. There it found about 20,000 cases where Seroquel (or generic quetiapine) was listed as the primary or secondary suspect in an adverse event. A combined 4,054 of those events resulted in death. Perhaps more importantly, the analysis found that 93 percent of the events were apparently the result of off-label prescribing.

New York City attorney Paul Pennock (Morgan & Morgan) knows a thing or two about defective drugs and devices. After all, that’s his specialty. So when he and a group of colleagues found 2,200 Seroquel-prescribed people suffering from Type 2 diabetes and other related disorders, they all took AstraZeneca to task. $520 million worth, in fact. Which was the size of the civil settlement. AstraZeneca’s behavior was found to be so egregious, even the federal government jumped in.

“Off-label use was the mountain where the billions were made,” Pennock said. “That was the problem with Seroquel.”

Seroquel is Still Not Worth the Risk

Healing Properties applauds all those who’ve shed light on this little known yet extremely serious issue. We’re also grateful for their efforts. We’re especially grateful to Washington Post writers Amy Ellis Nutt and Dan Keating for their enlightening and comprehensive reporting. Sure, we’d heard word about people smashing and snorting Seroquel. We’d even heard about some folks shooting it into their veins. (Remember the findings said abusers were the most likely abusers.) But we most certainly wouldn’t have known the extent of the problem without the Post’s report. Perhaps you wouldn’t have known either.

Whatever the case — and whatever the what-for — Seroquel is clearly still not worth the risk. It wasn’t a decade or so ago. And it isn’t now. Risks remain risks. They have no expiration date. And here the risks are far too high to make any sense whatsoever. So if you’ve popped a prescription pill too many, please give us a ring. We’d be glad to help. in fact, it would be our honor.