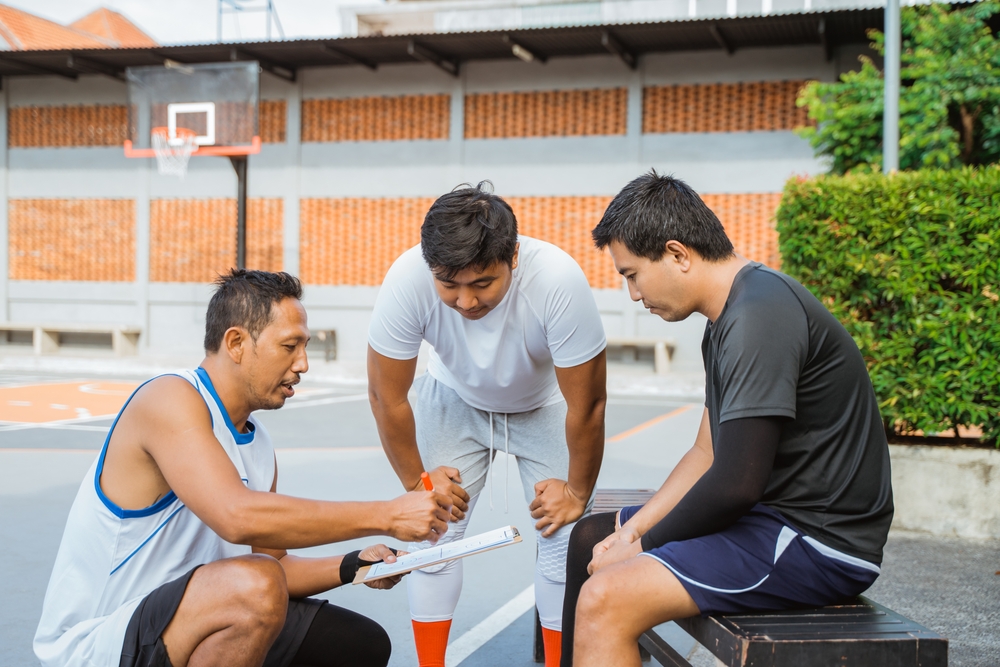 Sober Coach vs Sponsor: Which is Best for You?

Sober coach or sponsor? Which one is best? The question is as old as the sober coach. And while that may not be very old (since 2007?), it’s still an important question. The answer is even more important. After all, we’re talking about your life. So yeah, the question of who will help save it is more than a little serious.

And that’s actually one of the main attributes one needs to look for in both a sober coach and a sponsor — seriousness. Recovery isn’t playtime. Not even close. And there’s no room for clowning around. In fact, there’s no room for a light touch either. Sure, you can have fun. So long as both parties seriously take recovery.

How about we see what the experts say…

Sean Grover is a Licensed Clinical Social Worker (L.C.S.W.). You could say the LCSW is akin to being a Marriage or Family Therapist. Unlike the latter however, they’re not engaged in addressing specific issues; they’re tasked with handling pretty much whatever’s necessary. Some of the more gifted LCSWs might also have talent enough to put their knowledge to paper, so their wide range of experience can be shared with an even wider range of people. The most gifted are keen enough to realize it’s sometimes best to turn straight to the source. This way folks get twice the benefit.

Grover is one of that brand of LCSW. The brand that’s most interested in putting to paper the best of all possible insight and know-how. In fact, that’s what Grover does in his books (including When Kids Call the Shots). It’s what he did in his play (The Talking Cure). And it’s just what Grover’s done in getting with recovery coach Thomas McAlinden for Psychology Today. McAlinden’s been sober for over two-and-a-half decades. For the past 11 of those years, he’s run his very own sober coach company (Sober Companion NYC). He also happens to be Board-certified with the State of New York. Pair Grover’s own 26 years in the field and you’ve got a letter-perfect Q&A, not to mention one sobering exchange.

According to McAlinden, the difference between a sober coach and a therapist is that “therapists are clinically trained to treat different psychological issues.” Sober coaches, on the other hand, “focus 100% on addiction.” That doesn’t mean a coach won’t assist in other matters, of course. But it does mean they stay away from the purely clinical. After all, they’re generally not licensed to address such matters anyway.

However, “most sober coaches are in recovery themselves.” [emphasis added] That means, “they have actual life experience with addiction, as well as a passion for helping others. They also don’t hesitate to share their experiences with their clients.”

A sober coach also tends to “spend many hours a week with their clients. [Heck], in some cases a sober coach will stay with a client around the clock to keep them safe. Most importantly, they go where their clients need them to be.” Home, office, appointment, recovery meeting… wherever it takes.

Furthermore, discretion and confidentiality are of paramount importance. Yes, a recovery coach might team up with a client’s therapist. They may also help assemble an outpatient treatment team. This way both coach and client are better able to monitor recovery progress and proceed ahead accordingly. But whatever they do, it’s done with discretion.

In addition to addiction and recovery, McAlinden points out, a sober coach might address other disorders (i.e. eating, gambling). Generally though, they stick to matters surrounding substance abuse, such as family interventions, hospital, clinic or treatment center transportation and/or suitable sober living accommodations. Those family matters might extend to helping a young addict’s parents navigate the recovery process. Parents are quite often (and quite understandably) “overwhelmed when their teenager starts abusing substances,” adds Coach McAlinden. And an experienced sober companion is the perfect person to help “educate parents on the dangers of addiction, [in addition to] helping them develop recovery strategies and coping skills.”

The following comes straight from McAlinden’s Sober Companion NYC site (there may be some editing for space).

A sober coach may:

A sponsor, of course, stems from Alcoholics Anonymous and its long-standing 12 Step Program. In fact, a sponsor can’t even be a sponsor without first completing the Steps. Then they must adhere to the protocols with every sponsee. And while there is some variation between the manner in which sponsors guide a sponsee through the Steps, the program itself is designed to be followed as directed. So any flagrant or severe deviation should be considered a warning sign.

Like, for instance, the One Year Rule. Sponsors are supposed to be sober for at least a year before they start sponsoring other addicts. No, there are no Official Sponsor Rules. For this or any other “requirement.” But they’re not exactly Unwritten Rules. In fact, you can find them just about everywhere you look.

You’ll most certainly find them from every AA member. AA adherents are generally rigid about the so-called rules. Almost as rigid as they are about the Steps. And while that can be a good thing; it can also be a not good thing. Rigidity doesn’t allow for fluidity. And recovery is a fluid process. Especially early recovery, where every decision is crucial. Or seems crucial anyway. Which is sometimes worse.

So it’s best to get a sponsor who knows the rules, but follows their instincts. Since instincts improve with experience, the veteran will know which rule must be followed and which can be bent without harming anyone. That means you’ll want a sponsor who’s been sober at least a year. Preferably more.

You’ll also want a sponsor who’s clearly enjoying their sobriety. Remember, a sponsor’s primary duty is to help you work the Steps. If they didn’t find their own benefits in the Steps, they’ll hardly be able to help you find benefit. More though, you want to see the Steps enabled them to flip that proverbial switch; the switch which sparks sobriety’s unmitigated glow. After all, you’ve already had enough darkness. No need to burden yourself with more.

Another plus is for your smiling sponsor to have been sober for good long while. No, longtime sobriety is not a requirement. But think of how much more you can glean from a sponsor who’s been Stepping sober for five or 10 years, versus one who’s just basically got out of the detox box. There are risks there too, of course. Too much sober time can sometimes make a sponsor feel holier-than-thou. And you definitely don’t need someone looking down their nose at you. But there’s no substitute for long, solid clean time.

If your sponsor also happens to have had the same Drug-of-Choice, all the better. An old drunk is probably not the best sponsor for a young junkie. There’s generally just too much disconnect. So unless you stumble upon the rare man of humility who’s neither self-impressed or judgmental, try to work with someone with similar experiences.

Mostly though, you’ll want to get along with our sponsor. They don’t have to become your best friend, but you do have to like each other. You’ve also got to respect each other. Because at the end of the day, the sponsor/sponsee relationship is mean to benefit both parties.

Healing Properties strictly adheres to the 12 Steps. We also require our clients to do likewise. Consequently we tend to lean heavily toward sponsorship. That said, we’re not adverse to the sober coach. Not at all. In fact, we think that some folks may greatly benefit from their services. However, we believe a sober coach should come in addition to rather than instead of a sponsor. Since sponsors aren’t meant to be forever (though many sponsorships are indefinitely stretched), a sober companion might indeed be a beneficial follow-through.

If you do choose to work the Steps though (and we hope that you do), you’ll do best by having a sponsor be your guide. The sober companion is a plus. Or, again, a solid follow-through. If recovery takes six months or a year of solid sobriety by your side, then go for it. If you navigate better with a co-pilot, by all means have at it. And if you simply need a confidante with whom you can freely share (and who wholly knows what’s what), then a sober coach is likely just the thing. Try using a sponsor for the Steps though. And let the Big Book do its thing too. Who knows, two great, good things might make one solid success!

Give us a ring please. We’d be honored to help.