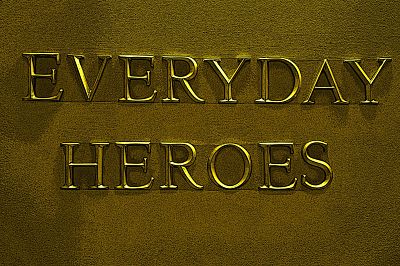 A sober home might not be the first place people would look for heroes. Heck, to some folks even the phrase Sober Home Heroes sounds like an oxymoron. But as the town of Brockton, Massachusetts recently found out, sober homes do indeed also house heroes.

Monday, September 14, 2020 was just another day for the men who live in the sober home at 26 St Casimir Ave. Some of the luckier residents had returned to work. The others did what other sober home residents ordinarily do in these extraordinary times — made breakfast, said their prayers, worked the Steps.

Then, at 10:20am, the sober home’s smoke alarms started wailing. The home’s assistant manager was yelling “Get Out!” The former Catholic convent was on fire! And everybody needed to evacuate — now!

The men moved quickly. And within minutes it appeared that everyone had escaped the flames unharmed. They began to take a quick count to be sure. Then, over the roar of the fast approaching sirens, there came a man’s scream.

“Help! Help! Somebody please help me!”

It was Doug Desmarais. The nice guy from the upstairs corner apartment. Doug had trouble walking. In fact, he was disabled. And he was trapped!

“There was a ton of black smoke pouring in my room,” Desmarais later told The Enterprise. “All I could do was yell for help. I turned around and my room just turned all black. I put my shirt over my head and waited for help.”

Fellow sober home resident Mike Sullivan heard Desmarais cry for help. He and a few others tried to run up the stairs to help, but by then it was far too hot to make it. Then Sullivan, a part-time contractor, remembered he stored ladders in the back yard.

Sullivan ran out back. Fast as he could. In the yard he found Stephen Wilson, another resident. The two men grabbed one of the ladders and Sullivan quickly scaled the side of the building.

Sullivan “had to break the window. He couldn’t get it open. [But, he] was able to get up there” and guide Desmarais down the ladder.

Brockton firefighters were on scene by the time the two men fully descended the ladder. Desmarais was immediately administered oxygen. Otherwise, he was unhurt. By 10:40am, firefighters had completely extinguished the blaze. The building was saved. So were all of its residents.

“It’s not yet clear what started the fire at 26 St. Casimir Avenue,” said Brockton fire Captain Robert Hendrigan. The cause remains under investigation. Desmarais said he feels lucky to be alive. He was even up for a little levity.

“It’s been 24 years now since I stopped smoking,” he said. “Now all of a sudden I got a lung full of smoke. It almost took care of me today.”

Nevertheless, the 25 residents will be out of a home for the time being. The American Red Cross has helped find temporary lodging. So have the sober home’s owners. Meantime, restoration efforts are already underway.

“It’s just an unfortunate thing,” said Wilson, who was looking to stay with family after the fire.

Indeed. But as unfortunate as it was, there are still some positives to be taken from the ordeal. In the first place, no one was injured. It also looks as if the damage was limited to one section of the sober house. So the men will hopefully soon be able to return to their homes.

The episode is also a clear counter to all those who are against having sober homes in their neighborhoods. The vast majority of sober homes are like Brockton’s 123 House. That is, they’re safe, sound and reputable places where people get a second chance. Furthermore, there’s not only great good to be found among sober home residents. But there’s also a very good chance you’ll find sober home heroes!

Healing Properties provides top notch sober living for men who are battling alcoholism and addiction. In fact, we’ve been providing just that since 2002. That means we’ve helped thousands upon thousands of men succeed in sobriety. And we’ll continue helping men so long as there’s a need. Check us out on Facebook. And if you or someone you know and love is having difficulties with any kind of substance abuse, please give us a ring at 561-563-8882 We’re here for you.