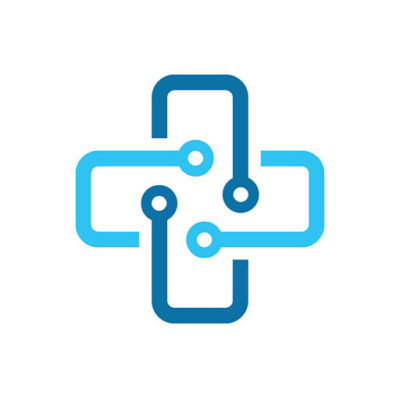 Sober Incentives: Getting Paid for Recovery

Eric Gastfriend was puzzled. A relative was entering his second rehab and he wanted to know why sobriety didn’t work the first time. Fortunately, Eric’s dad happens to be director of addiction research at Massachusetts General Hospital. So he had just the person to ask.

Eric’s dad (David Gastfriend) didn’t exactly explain away the failure rate of addiction treatment. But he did tell him about a treatment method that could substantially lessen that rate.

That method’s called contingency management. It essentially incentivizes people to stay sober. And it does so using a kind of gamified reward system that effects the same part of the brain that gets lit up by the short-term effects of drug and alcohol use.

But contingency management is easier said than done. There are complex logistics behind a system that monitors and rewards sobriety. Rewarding sobriety also creates a rather sticky financial question.

Gastfriend was eager to meet both of these challenges. See, the Harvard MBA recipient is a go-getter. And he saw successfully incentivizing sobriety as something that needed to be got. So he created a startup called DynamiCare. Then he proceeded to go and get.

Insurers stepped up to the plate. So did the likes of Hyperplane Venture Capital. Other investors include former U.S. Rep. Patrick J. Kennedy, one of six members of President Trump’s commission to address the opioid crisis and a big-time player in the mental health field.

To date DynamiCare has raised over $4 million.

The insurers raved about the potential cost effectiveness of sober incentives. They also told Gastfriend they knew about contingency management, but before DynamiCare came along they never saw a technology smart enough to successfully implement the method.

How Does DynamiCare Work?

No, the DynamiCare app wasn’t easy to develop. In fact, building the technology was a downright challenge. Then again, it remotely handles both random testing and rewards. So go figure.

The app features a variety of random drug tests. Some tests use a Bluetooth-connected breathalyzer. Others employ drug-specific saliva test strips. The strips change color when substances like opioids, cocaine, amphetamines or PCP are present. Whatever the case, tests are taken on camera to confirm the identity of the test takers. DynamiCare’s staff then records and confirms the results. The app also lets members record recovery meeting attendance via their cellphone’s GPS.

Rewards come through a reloadable debit card. The DynamiCare card works like a traditional debit card except for one catch: it can’t be used at ATMs, bars or liquor stores. The longer a member stays sober, the higher the reward. Skip or miss a drug test and the incentives get reset.

Gastfriend insists DynamiCare’s sober incentive app will be of interest to everyone from consumers and addiction treatment facilities, to hospitals and health insurance customers. He even sees a place for it among employers, especially considering employers handle most health insurance plans.

The Future for Sober Incentives

Right now, DynamiCare is up and running and seven separate addiction treatment centers. The sober incentives are being handled by insurers, as well as the respective rehabs. In May, DynamiCare will launch a subscription-based, direct-to-consumer option.

Some folks aren’t too big on the idea of incentivizing people to stay sober, let alone paying them to stay in treatment. Though those are generally the folks who still believe addiction is a choice rather than a disease.

Other folks are thrilled by DynamiCare’s possibilities, especially those who know both addiction and the video gaming industry. Video games affect the brain’s limbic system. So do drugs and alcohol. Consequently combining the two only makes perfect sense.

“There are MRI scan studies that show winning video games actually releases dopamine in your brain, the same way that substances do,” Gastfriend told Xconomy. “Everyone knows that long-term substance abuse is bad for you. But in the short term, it feels like a reward.”

“We’re taking all the long-term benefits of recovery and putting it into [something] short term,” he adds. “We’re providing immediate gratification the limbic system can understand.”

A World of Sober Incentives

We at Healing Properties commend Eric Gastfriend and DynamiCare for coming up with such a 21st century way to provide sober incentives. We’re all for getting more people into long-term sobriety. We’d also like to remind everyone of other incentives to stay sober. Incentives such as family and career and health and well-being, not to mention plain old self-respect. In fact, there’s a whole wide world of sober incentives out there. And we’d be honored to help incentivize any man who’s truly seeking real sobriety.