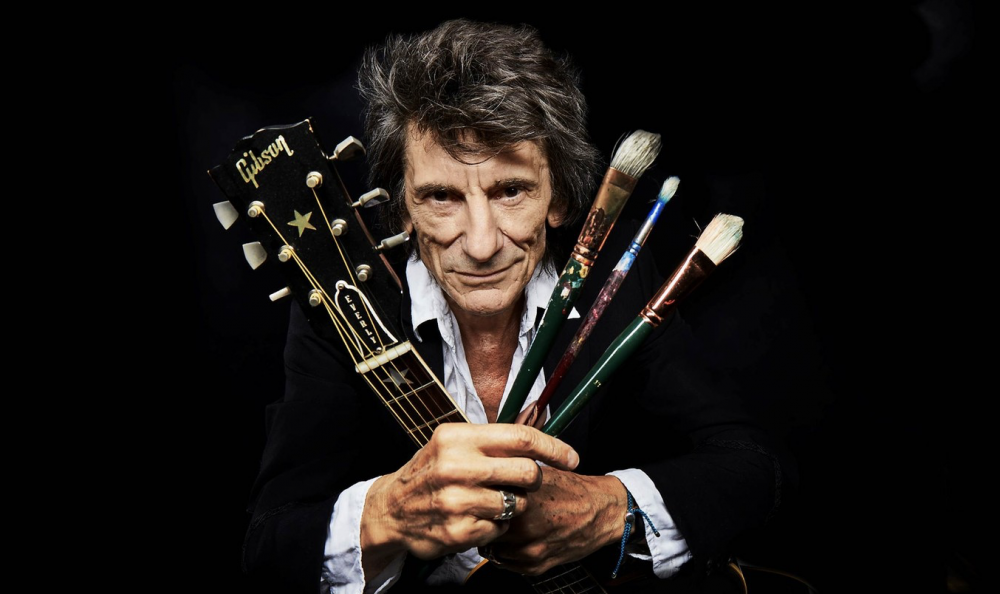 Hard to imagine such a thing as a sober Rolling Stones. After all, the band has been synonymous with drinking and drugging since its inception. In fact, that’s what made them “the bad boys of rock ‘n roll” to begin with. It’s also largely what made them legends.

But as a new documentary makes clear, a sober Rolling Stones is a thing. A real thing. And it seems each and every member is wholeheartedly happy with the band’s new unified, clear-eyed view.

Somebody Up There Likes Me

The new documentary is called Somebody Up There Likes Me. And its focus is on long-time Stones guitarist Ron Wood. Wood’s not an original Stone, of course. His tenure began in 1975, after replacing Mick Taylor, who had replaced Brian Jones. But his run does encompass a full forty years of Rolling Stones reigning the world. Wood’s rock ‘n’ roll high life also includes playing bass in The Jeff Beck Band, as well as a stint backing up his lifelong friend Rod Stewart in the legendary Faces.

Yes, Wood’s lived the high life alright. And the doc offers new interviews with Mick Jagger, Keith Richards, Charlie Watts and Rod Stewart to prove it. Somebody also gets with Wood himself. And the Rock ‘n’ Roll Hall of Famer isn’t shy about just how high the life was either. Or how low the drinking and the drugging eventually brought him.

“Nothing was working, dope-wise,” says Wood in the clip. “The coke wasn’t working. The drink wasn’t working. [I’d] try one more; see if I could cut through it. I turned into such a sour person. And I thought, Fuck off! This is not me. So I took the brave move to abstain. This time, though, I did it for myself.”

It wasn’t easy. Then again, getting sober is never easy. Getting sober as a Rolling Stone? Well, that’s another entire dimension in sobriety. Especially when you’ve got Keith Richards in your ear telling you ‘rehab is for quitters.’

That’s what happened back in 2005, the first time Wood tried to get clean. Understandably, sobriety didn’t stick. Four years later though, after an intervention, Wood stepped up and out on his own.

“So I left rehab and did it for myself,” Wood told NME. “I felt I knew what to do – Fellowship. I did 90 meetings in 90 days. Then I did the same again. Didn’t need the rehab place – I did it through the meetings.”

Wood’s been sober for over a decade now, so his sobriety doesn’t come as much of a surprise. What is surprising though is that Richards is also now sober. And that’s a milestone nobody would have ever predicted.

Okay, so the Stones’ lead six-slinger still takes the occasional beer or glass of wine. And yes, the occasional anything isn’t really true sobriety. But this is Keith Richards we’re talking about here. And an occasional for Keith is sobriety for anybody else. So let’s just say that for all intents and purposes, the man is now sober.

“It’s been about a year now,” Richards told Rolling Stone. “I pulled the plug on it. I got fed up with it.” There was no drama. Nothing broke. Nobody got hurt. “It was [simply] time to quit. Just like all the other stuff.”

Was it perhaps an adjustment? “You can call it that, yeah,” Richards said with a laugh. “But I don’t notice any difference really – except for I don’t drink. I wasn’t feeling [right]. I’ve done it. I didn’t want that anymore.”

“We’re much more aware of the gaps and the spaces between,” he said. “We’re in our seventies, but we’re still rocking like we’re 40-year-olds, you know?”

Plus “Keith is much more mellow [now],” Wood says. “He’s open to more ideas. Whereas before I’d kind of grit my teeth and go, ‘He’s gonna give me some shit for saying this.’ Now, he’ll say, ‘That’s cool, man.'”

Besides, “it just wasn’t working anymore,” Wood added. “I think the Keith that we used to know and love had this cutoff point where if he had one more, he’d go over the top and he’d be nasty. The cutoff point became shorter and shorter, you know? And he realized that.”

(Note: Image from Somebody Up There Likes Me via Variety. Healing Properties thanks all parties.)