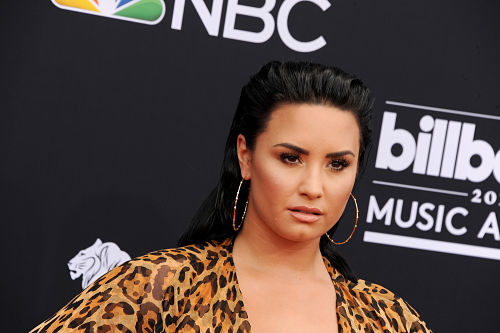 We got the news from Billboard. Though it’s been plastered everywhere. Page Six and People. Buzzfeed and TMZ. You name it. Demi Lovato is no longer California Sober. Why? Because she’s chosen to live a Sober Sober Life. That’s why. And we’d like to welcome them aboard.

“I no longer support my ‘California sober’ ways,” read the Instagram post. “Sober sober is the only way to be.”

Frankly, we weren’t terribly surprised. You can only down so many occasional cocktails before the drugs start beckoning. Throw in a joint or three and lookout! You’re gonna want more. More action. More oomph. And yes, more high. Much more high.

So Lovato did what most transitioning people do — they transitioned. Seems California sober was but a stepping stone to the true sobriety to come. Hey, if it works, who are we to judge?

In fact, who’s anyone to judge how someone gets to the golden ring? California sober seems like a perfectly logical transitional phase. It not only serves to cushion sobriety’s blow, but it helps one prepare for the full inevitable. And if someone’s even toying with sobriety, it’s generally only a matter of time before they fully commit.

When Lovato released the song “California Sober” back in April, they seemed exhausted from all of sobriety’s pressure. They seemed especially exhausted by the rigors of Alcoholics Anonymous. Surely, being a famous person in A.A. made the pressures exponentially worse.

Cashin’ in my chips for forgiveness
Trading in my shame for perspective
Tired of being known for my sickness
It didn’t work, I’m tryin’ something different

And they did try something different. Instead of continually bashing themselves for feeling what they were feeling, Lovato simply flipped the script. Tried sobriety on their own terms. If you didn’t dig it — tough. They weren’t ashamed. In fact, Lovato was so not ashamed they sang it from the rooftops!

But just because Lovato was still taking the occasional drink or toke did’t mean they’d given up. Quite the contrary.

Again, it served as a perfect transition. Rather than “living in fear of always slipping,” Lovato simply had a drink or a toke when they felt like it and got on with life. Eventually they lost interest in even the occasional drink and toke.

How’s that for “a beautiful and magical beginning”?

Go Your Own Way

There are all kinds of people in this wild world, and all kinds of ways to be. Lovato knows that. In fact, they exemplify that. It’s part of their charm. It’s also a large part of their success. You don’t reach Lovato’s heights by going someone else’s way. You go your own. California sober was simply another way Lovato paved their own path.

Anyone who thinks Lovato deserves to be criticized for paving their own way has another think coming. Lovato did what was necessary to get where they needed to go. It’s that simple. If anything, Lovato should be applauded.

And that’s just where Healing Properties stands. Applause mode. We’ve been covering Lovato’s recovery since its inception. So have our colleagues. We covered the relapse. We covered the documentary. And yes, we covered California sober. We also covered the “Unforgettable” tribute. Sure their recovery may not technically have been much different than that of thousands of others. But it was done under a microscope, with the whole wild world watching. And that couldn’t have been easy.

So yeah, we believe Lovato deserves much applause. Many folks might have thrown in the towel by now. Not Lovato. When the going got tough, they simply found another way to go. And that deserves not only applause, it deserves an ovation.

What about you? Having issues getting sober sober? Could you use some help? Then give us a call. We’ll help get you sorted. Whatever the issues. Remember, we’ve been at it since 2002. That’s nearly 20 years of helping men get good and sober. So yeah, we’re definitely game to help you too.