Sobriety Lessons: From a Badass Actor and a Kickass Chef

You’ve gotta give it to Men’s Health. Not only does the wellness outlet help the modern man become healthy, wealthy and wise, but it also culls advice from some of the planet’s best action men. Here we get the goods from Danny Trejo and Angelo Sosa. And while it’s not every day we get sobriety lessons from both a badass actor and a kickass chef, after gleaning what these two got, we sure think it should be!

The One & Only Danny Trejo

Lucky Los Angelenos can sidle up to Danny Trejo just about every day of the week. If he’s not at Trejo’s Cantina over in Hollywood, then he’s at one of five Trejo’s Tacos locations or hanging at Trejo’s Coffee & Donuts over on Santa Monica Boulevard. But our hometown hero isn’t just a fixture in his own eateries; he’s a fixture all over L.A., whether it’s cruising in one of his classic lowriders or appearing in someone’s latest crunch ’em up. One thing is certain though, wherever you bump into Danny Trejo, you’ll find one of the warmest, kindest, coolest guys on the entire planet. Always.

Consequently, when Men’s Health editor Paul Kita asked Trejo to answer a few Q’s re: recovery, the nicest bad boy ever was only too happy to oblige. And don’t think it’s ’cause he’s simply flogging his new autobiography either. Danny’s just built that way. Besides, people are already swarming to pick up Trejo: My Life of Crime, Redemption and Hollywood (Atria/Simon & Schuster) without him even lifting a sneer.

Most folks read 53 years sober and run for the hills. It sounds like such an impossible number. Then you think about how Trejo attained such a figure and something clicks. When someone does something day-by-day, it never takes longer than 24 hours. Then those days become weeks, the weeks become months, the months become years, and before you know it, you’re clocking double digits.

Nevertheless, 53 years of sobriety is one hell of an achievement. Why that’s eight years more clean time than Anthony Hopkins and Sir Anthony is six years older than Danny! But it’s what one does with all that clean time that really matters, and there’s where Trejo has really achieved. No, we don’t mean the 398 movies (though of course there is that) or the books and the restaurants (though there is that too). No, we’re talkin’ about keeping a family together, despite all that. And still finding time to make a meeting every day.

As Kita’s interview shows though, it wasn’t always easy. It wasn’t always pretty either. But Trejo was always present. There to do whatever needed to be done whenever he was needed to do it no matter what. And Trejo says he owes it all to recovery.

“If it wasn’t for recovery, [my kids] would be writing me in prison,” said Trejo. “I’d be sending them nice Christmas cards and shit.”

Indeed, prison was where Trejo attended his first 12 Step meeting. The badass was only 15 then, but he was old enough to know the program could save his life. Turns out, it could also save the lives of his kids.

“This program not only let me know where to take my kids; it surrounded me with a support system that was able to help keep my kids from using,” said Trejo. “The support group saved their lives.”

Those lives needed saving too. Well, two of the three did anyway. Big Time. But it wasn’t because of anything they got from Trejo. 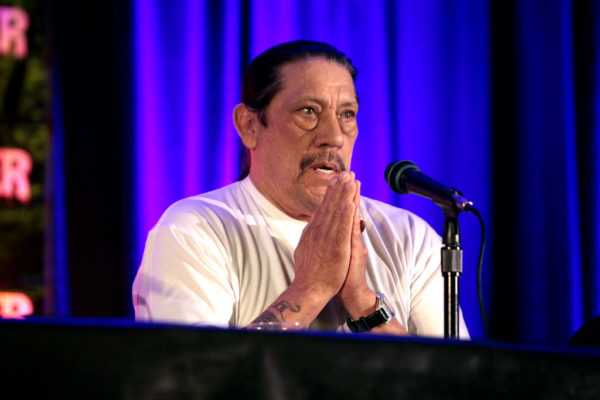 My Kids Have Never Seen Me Loaded

“My children have never seen me loaded,” said Trejo. “I was clean and sober 18 years before I had my first son, Danny Boy. Great kid. Never had any problems. My son Gilbert, he shot dope; he’s got six years clean now. My daughter, Danielle, she shot dope; she’s got seven years clean now.”

Two out of three ripping and running is way better than average, Hollywood-wise. Three out of three doing wonderfully is huge. Nobody bats 1000. Well, nobody but Trejo. Then Kita asks the $64,0000 question:

Do you believe recovery made you a better father?

“I don’t think I would have been a father without recovery,” was the answer. [emphasis added] “Anyone can become a father, but being a dad…”

You can read Kita’s entire Trejo piece in the May 2021 issue of Men’s Health.

Most folks know Chef Angelo Sosa via his high profile showings in Seasons 7 and 8 of Bravo’s Top Chef, but the chef was top shelf long before appearing on the venerated series. In fact, the celebrated Sosa not only did time running the kitchen at the Culinary Institute of America’s legendary Escoffier Room, but he mentored with and helmed for both Christian Bertrand and Jean-Georges Vongerichten, two of the most deservedly acclaimed chefs in the business. Better still, he parlayed his multi-star experience into helping others create the kind of top shelf eateries upon which tastes are determined and fortunes are made.

Then Sosa found himself in Vegas on the wrong end of what started as a right move but had now become a nightmare. Worse, he was forced to face it all without his once trusty partners.

“One night, my finances running dry and the restaurant hanging on by a hair,” writes Sosa, “I watched the sun setting in a parking lot from my car… [and] I started asking myself: ‘Why is this happening to me?'”

When Sosa “woke up the next morning [it was] with something [he] hadn’t had for years: clarity.” 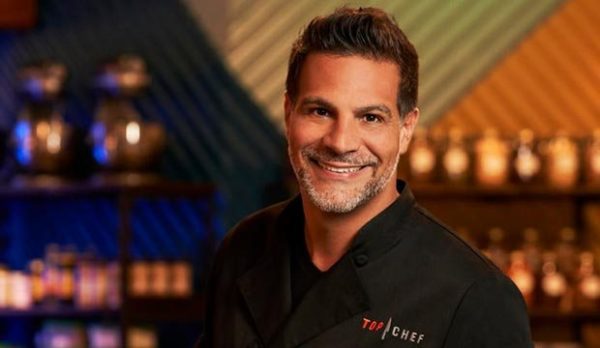 Wake Up to Sobriety

Yep, you guessed it. Sosa had dawned upon sobriety.

“It was like a lightning bolt in my mind and heart — I was built to be kind, loving, and giving. Anything that wasn’t serving my higher purpose, I had to change. Drinking wasn’t serving me.”

But sobriety was only the beginning of Sosa’s transformative journey.

“Staying sober, I came to realize, brought me more awareness and energy to make other changes in my life,” he writes. “I went dormant for a while and looked at who was rooting for me, and I tightened my circle around those people.”

Mostly though, Sosa stepped up to full fatherhood. After shuttering the Vegas headache he moved to California, closer to his son. And closer to the sun that had risen in his life.

Sosa says “sobriety brings [him] the honesty to help do that [listening].” He also says that sobriety has helped him bring a kinder calmness to his newest venture, Small Farm. Sosa is not kidding either. You can feel it in the warm candor of his Men’s Health letter.

Chef Anthony Sosa. “I Craved Focus in My Life. Then I Gave Up Drinking and Found Clarity.” It’s well worth the read.

Healing Properties wholeheartedly thanks both Danny Trejo and Anthony Sosa for sharing their sobriety lessons with the world. Sobriety can be contagious. So the more sobriety lessons spreading around the better for everybody. We’d also like to thank both sober stars for sharing their lives. From Danny’s badass film roles to Anthony’s kickass cooking, we’ve all been decidedly blessed by what these guys do. It’s terrific to know we’ll get to keep counting our blessings for many long, long times to come.

But we’re not just blessed by their offerings; we’re blessed by their examples. Both Trejo and Sosa prove that drugs and alcohol aren’t necessary to success, even in such high stress environments. If anything, they’re an impediment. They certainly impede full unmitigated enjoyment. And it’s great to hear such things reiterated, no matter how many times we’ve heard it before.

How about you? Could you use some sobriety lessons? Have you considered hitting a 12 Step Meeting? Alcoholics Anonymous has meetings popping off everywhere, at all hours of the day and the night. And you’ll find scores of people ready, willing and eager to help. You can also call SAMHSA or NIDA. Both organizations have resource-loaded helplines. Of course you can call us too. We’d be thrilled to help get you sorted. In fact, we’d be honored. Whaddya say?