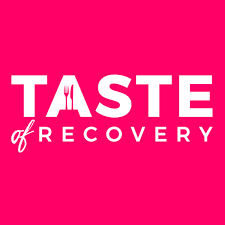 The third annual Taste of Recovery fest takes place Saturday, June 1st at the Old School Square Pavilion in Delray Beach. The outdoor event features unlimited samplings from an array of local restaurants, along with a variety of non-alcoholic beverages. It will also feature live entertainment by Dave Scott and the Reckless Shots. And — get this! — it’s all to benefit The Crossroads Club.

The Taste of Recovery food and entertainment fest is becoming something of an institution in South Palm Beach County. Kicked into gear three years ago by local celebrity chef Louie Bossi of Louie Bossi’s Ristorante, Bar & Pizzeria, the tented event takes place smack in the center of Downtown Delray Beach and features tastings from some of the area’s absolute best restaurants. This year’s line-up includes mainstays City Oyster, Dada, Josie’s Ristorante, Rocco’s Tacos and Seasons 52, along with newcomers Bird in Hand, Basil, Brulé Bistro, Driftwood, Death or Glory, Hai House, Michel’s Catering and The Winemaker’s Table. Louie Bossi will once again play host, plus of course offer an array from his own same-named resto.

In addition to the food fare, foodies will get to vote for the Best Bite – People’s Choice Award. There’s also a Best Bite – Critics’ Choice Award (judged by Sun Sentinel’s Mike Mayo, Florida Weekly’s Jan Norris and restaurant consultant Robert Higginbotham), as well as The Golden Table Raffle, which will give entrants a chance to win a table of 10 with butler service and swag bags.

Best of all is the event is to benefit Delray’s Crossroads Club, which provides meeting space for 12-Step recovery groups at no cost.

“The addiction epidemic is one of the greatest tragedies facing our nation,” says Crossroads co-founder Tony Allerton. “The Crossroads Club offers a solution to the cycle of addiction free of charge. The Club has literally saved the lives of thousands of individuals. And it continues to do so each day.”

“Almost every family, including my own, has been impacted by addiction,” says Bossi. “This event is a tribute to all who have lost their lives and to those in recovery.”

A Taste of Recovery is especially important, he adds, considering “the restaurant industry has [such] large numbers of employees in recovery.”

Anyone who’s been around Delray Beach’s increasingly thriving recovery community knows The Crossroads Club. Crossroads (as it is commonly called) isn’t a sober home or a treatment center. Rather it’s simply a non-profit 12-Step based meeting center. And by 12 Steps, we mean every kind of 12 Step group out there, including Alcoholics Anonymous, Narcotics Anonymous, Cocaine Anonymous and more.

Crossroads has been serving the recovery community since 1982. It was founded by alcoholics for addicts and alcoholics who truly want to abstain from drugs and alcohol.

Crossroads would be a “refuge,” says its founding Mission Statement. “It would be open seven days a week. It would be a place of fellowship and camaraderie. And, of even greater importance, [it would be] a place to enhance both spirituality and the inner strength to cope with addiction.”

The name Crossroads Club was chosen “because those who suffered were at a literal crossroads in their lives.”

Crossroads currently serves an average of 900 people per day, every day of the year.

“The Crossroads Club provides a safe haven for anyone whose life has been adversely affected by, or through, the use of addictive substances,” it says in boldface. And we couldn’t have summed it up better ourselves.

Healing Properties would like to applaud Chef Louie Bossi and all the eateries involved in this year’s Taste of Recovery. It truly is great to see the community band together around recovery. We’d especially like to applaud everyone at The Crossroads Club. Few organizations do more to help as many folks as they do. And we wholeheartedly support the Club, as well as this very noble cause.