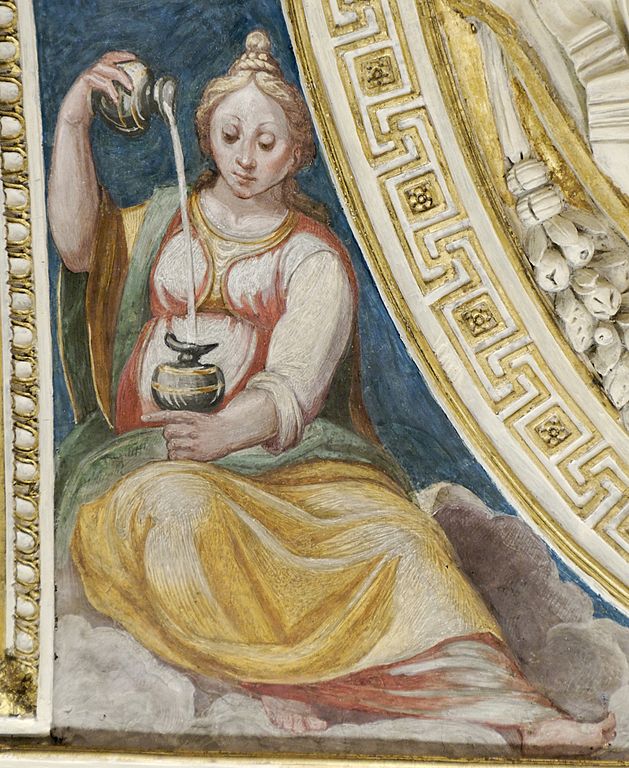 Temperance vs the 7 Deadly Sins

Temperance. The word brings to mind straight-laced old biddies in ankle-covering sackcloths preaching the evils of alcohol. In fact, it’s generally considered that wives like that led men to drink in the first place. But if you go beyond the cliche. And picture temperance as something more pleasant than mad hatters, well, it can be a real boon. It can even beat the 7 Deadly Sins!

And why not? After all, Temperance is a Cardinal Virtue.

The Power of Temperance

In Biblical terms, temperance is the Spirit-empowered ability to control appetites, emotions, and attitudes. More importantly perhaps, it is the capacity to resist sin.

Again, Temperance is considered a Cardinal Virtue. In fact, it’s one of four (the others are Prudence, Justice and Fortitude). And they hail back to Plato and Aristotle, as well as the Book of Wisdom. It’s also highly-prized in both Buddhism and Hinduism. Throw in Faith, Hope and Charity and you get the Seven Heavenly Virtues.

Temperance is also highly-prized in the positive psychology movement, where it is classified as one of the six virtues. (The others are wisdom, courage, humanity, justice, and transcendence.) It is generally characterized as the control over excess, and expressed through characteristics such as chastity, modesty, humility, self-regulation, hospitality, decorum, abstinence, forgiveness and mercy; each of these involves restraining an excess of some impulse, such as sexual desire, vanity, or anger. (Thanks twice Wiki!)

We at Healing Properties of course use temperance to mean the abstention from alcohol. We try though to refrain from the phrase “teetotaler.”

Temperance in the Tarot

Temperance even has its own Tarot card. That’s how much juice it’s got. In fact, Temperance (XIV) is the fourteenth Major Arcana card. So it’s used in game playing, as well as in divination.

Temperance is generally depicted as a a winged person/angel, usually female or androgynous, pouring liquid from one receptacle into another, and standing with one foot on water and one foot on land.

Drawing the Temperance card means you should learn to bring about balance, patience and moderation in your life. It advocates taking the middle road, avoiding extremes and maintaining a sense of calm. Upright, its keywords are Alchemy, Balance, Connecting (with your guides), Harmony and Moderation. Reversed brings Disharmony, Imbalance, Lack of patience and Onset of illness.

Temperance’s element is Fire; it’s ruling planet is Jupiter. And the next card in the deck is The Devil.

Temperance vs the 7 Deadly Sins

How can something as modest as Temperance beat the 7 Deadly Sins? Well, in the first place, temperance is really only deceptively modest. Sure, balance, patience and moderation all appear to be unassuming characteristics. But once the three are mastered, they provide great strength and fortitude. Ever try throwing, say, a Shaolin monk off his game? No? Well, don’t. Because they’ve mastered temperance. And throwing them anywhere is pretty much impossible.

It is that self-same temperance that enables a person to rise above Pride, Greed, Wrath, Envy, Lust, Gluttony and Sloth. That’s right. Rise above. You don’t beat the 7 Deadly Sins by going against them head-to-head. You beat them by rising above where they dwell. Heck, simply avoiding bars knocks out many of the deadly sins. Not coming home (or waking up) drunk eliminates most of the others. If there are any sins left, surely you can patiently wait ’em out.

Nevertheless, the 7 Deadly Sins are still somewhat fun to consider. Even if you’re no longer committing them. So go ahead and watch this origin story to see what you’re missing. And what you’re saving yourself from.

Healing Properties knows the power of Temperance. In fact, it’s the cornerstone of our lives. Then again, when you no longer drink or drug, temperance is really fairly easy. It’s also rather enjoyable. See the rewards we reap from leading balanced lives far exceed anything we got from our addiction. That means revenue comes into our pockets, rather than flies out. It also means the smiles on our faces come from being happy rather than getting hooked up. The only true connection we need these days is with our inner beings.

How about you? Are you missing balance in your life? Have you considered temperance? Ever even given it a chance? It works you know. In fact, it works real wonders. We should know. We’ve been practicing temperance since 2002. So give us a call. Let us tell you all about it. See what you’re missing. And all that you have to gain.