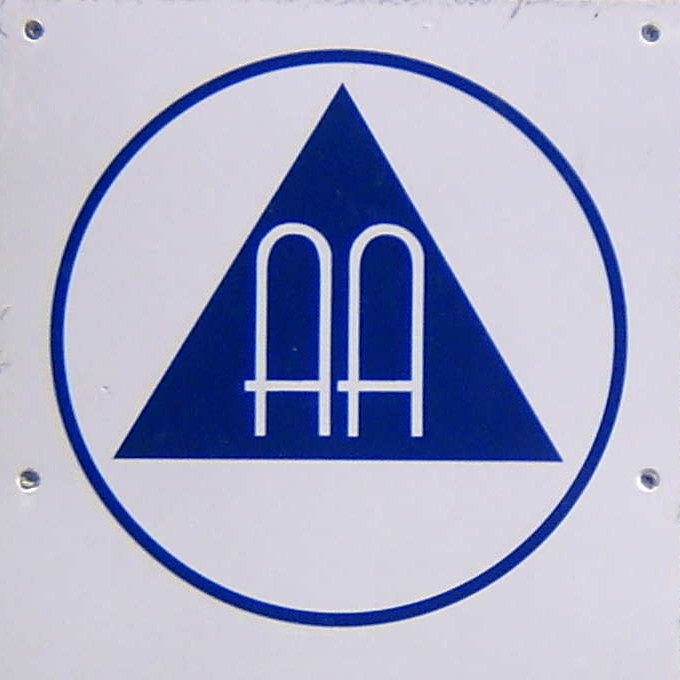 The AA Way: This is What Truly Successful Sobriety Looks Like

Whoever said living the AA Way doesn’t provide happiness, contentment and reward obviously never met Steve Knuth. That would be their fault though, rather than his. See after 22 years of super successful sobriety, Knuth has met quite a few fellow alcoholics and addicts. Of course most of those meetings have been in the rooms near his Huntley, Nebraska home. But now they also stretch from his home state to Texas, and take in Arizona, Colorado, Kansas, Missouri and Oklahoma along the way.

See, the good Mr. Knuth has officially taken the reins at Valley Hope Treatment Centers. That means he now fields a staff of 600 at 17 locations across seven states. And each and every one of those people is fully devoted to helping others achieve sobriety. Not bad for a man who spent untold decades with a bottle of whisky in his hand.

We know about Mr. Knuth because of The Kearney Hub. Seems the same-named town’s local daily is quite impressed with the good man. Lori Potter even wrote an in-depth feature story to prove it. In fact, the paper was so impressed with the man and his story they inspired us to write him up too. How’s that for the power of the press?

Then again, what’s not to be impressed about? Knuth not only has over 22 years of uninterrupted sobriety but he’s also the CEO of one of the country’s largest addiction treatment networks as well as the equally considerable AgWest Commodities to boot. What’s even more impressive is that he founded AgWest just one year into his sobriety, and now the outfit has a lock on the region’s entire farmers’ market.

Anyway, the Hub titled their profile “Finding Hope,” which makes sense considering Knuth’s new official position atop Valley Hope. It also makes sense if you consider the amount of hope his story will undoubtedly spark in others. That’s why we decided to echo the paper’s praise.

Steve Knuth often passed the Norton, Kansas branch of the Valley Hope addiction treatment center back in the early ’70s. He was a trucker then. A good one too. But he was also a drinker. An increasingly serious drinker at that. And that gave him a drinker’s premonition.

“I knew at an early age I would find out what went on behind those walls,” he told The Kearney Hub.

But twice he did go behind those walls. And twice he came up short. Oh, there was some success — six weeks the first time; a full eight months the second. But close doesn’t count in sobriety.

It happens. Knuth wasn’t be the first to need repeated treatment. And he won’t be the last. He need not feel bad about it either. Especially considering alcoholism was pretty much a pre-existing condition.

“I think I was born an alcoholic,” he said. “People can become addicted from different directions. I was wired for it.”

That wiring led him to some very serious binge drinking — beginning in high school. Where he became something of an expert in functioning blackouts.

“When I drank, it was way too much,” he remembers. “I could drink into blackout pretty early on.” He could also walk and talk and not remember a thing about it.

Knuth got to pick up the pace in college. Mostly, he said, it was because he didn’t want to be there. At all. “I majored in booze and girls,” he said, “in that order. It was one hell of an expensive party, because I still had the college bill.”

The partying would continue for another 25 years.

As you probably suspect, Knuth was good at drinking. Very good. And for the last 10 years of his 27-year drinking career was spent being good with whisky. Why? Well, to him it was simple. Whisky had a bigger kick and didn’t aggravate his allergies like beer.

“As an addiction evolves over time, you find yourself drinking different than most people,” he told The Hub. “[Mostly though,] you find yourself isolated. It starts out all fun and games and turns out to be a miserable existence.”

And yet… Once an addict or alcoholic starts loving misery more than company they become expert at being alone. Oh, they’ll put on a good front. And most will see all looking well. But they’ll see only what the drinker wants them to see. And it’ll be far from the truth. Knuth was decidedly no different.

“I was what you’d probably call a functioning alcoholic,” he said. Then again, what other choice did he have? Rural Nebraska runs on reliability. Yours, as well as your neighbors.’ Meaning you can rely on them provided they can rely upon you. There’s little room for unreliable types.

Being a native helped. He was raised on the do’s and the don’ts. Working for family helped too. It also hurt. Because while it compounded the need to remain fully functioning, it also kept Knuth from facing the truth. After all, his family’s business was at stake. So was its good name.

Between the must Knuth stayed functioning for a full quarter century. Miraculously he never hurt anyone driving down those long, dark roads. Not that he drank and drove at work. But he did drink and drive when he wasn’t at work. Lots.

“I drove plenty while not knowing where I was,” he said. “It was only by the grace of God that I never killed anybody and wasn’t even in jail.”

Spring 1998. Cargill had recently taken over his family’s firm. But family was still in his life. So was the firm. In fact, the firm backed the family’s intervention. And Knuth was on his way.

“I hated it,” Knuth said. “[But] I’d run out of options. It was either die or try to get sober. My time had finally come.”

With realization came revelation. The proverbial bolt from the blue. That promissory note that everyone receives yet few ever read. Give freely of yourself and you shall prevail.

This time Knuth did just that.

“Something has to happen­ before people finally ‘get it,’” he said. “This isn’t unique to me… there’s kind of a surrender.”

Knuth dropped to his knees and fully surrendered. “It wasn’t easy,” he said. “But it made it possible to give up the fight. When you give up the fight you can kind of regroup and go in a different direction.”

That new direction found Knuth leaving Cargill and turning his part-time AgWest Commodities into a full-time enterprise. He launched on June 21, 1999, just three days shy of his first sober birthday.

Knuth certainly earned his way back to Valley Hope. In fact, he used the AA way to get there. Even now, after over 22 years of sobriety, he still credits the organization for much of his success. And not because AA keeps him from drinking either.

“I don’t need AA to not drink,” Knuth said. “But it has helped me to live life better.”

Knuth has also seen there’s more to recovery than simple sobriety. And he’s determined to address that at Valley Hope.

“I knew there was something else wrong with me,” said Knuth, recalling his two stints at Valley Hope. In the first place, “I had pretty severe depression.” And he now believes he wouldn’t have relapsed had dual-diagnosis been offered him way back when.

However Knuth is adamant about keeping the higher power right where it belongs — open to all.

“That’s a pretty cool component at Valley Hope that I hope never leaves,” Knuth said. And we wholeheartedly agree.

Healing Properties is All About The AA Way

Healing Properties congratulates Steve Knuth on his new appointment, as well as on his tremendously successful sobriety. We’re well aware of the many rewards to be had by living The AA Way, and we’ll always jump at another opportunity to highlight such evident sober success. Then again, how could we not? Mr. Knuth’s life is a true inspiration to anyone living The AA Way. So are his achievements. The fact that those achievements include not one but two CEO spots almost leaves us at a loss for words.

Not quite. After all, if Mr. Knuth can do all that he’s done, the least we can do is to herald those doings. And when we think of how many other people his 22+ years of sobriety encompasses — the meetings and the shares and the sponsorships… — and then when we add the seven states and the 17 locations, well, we want to shout it from the rooftops. Consider this our attempt to do just that.

What did you think? Did Mr. Knuth’s accomplishments leave you inspired? Do you want what he’s got? It’s attainable you know. Readily attainable. All you’ve gotta do is ask.