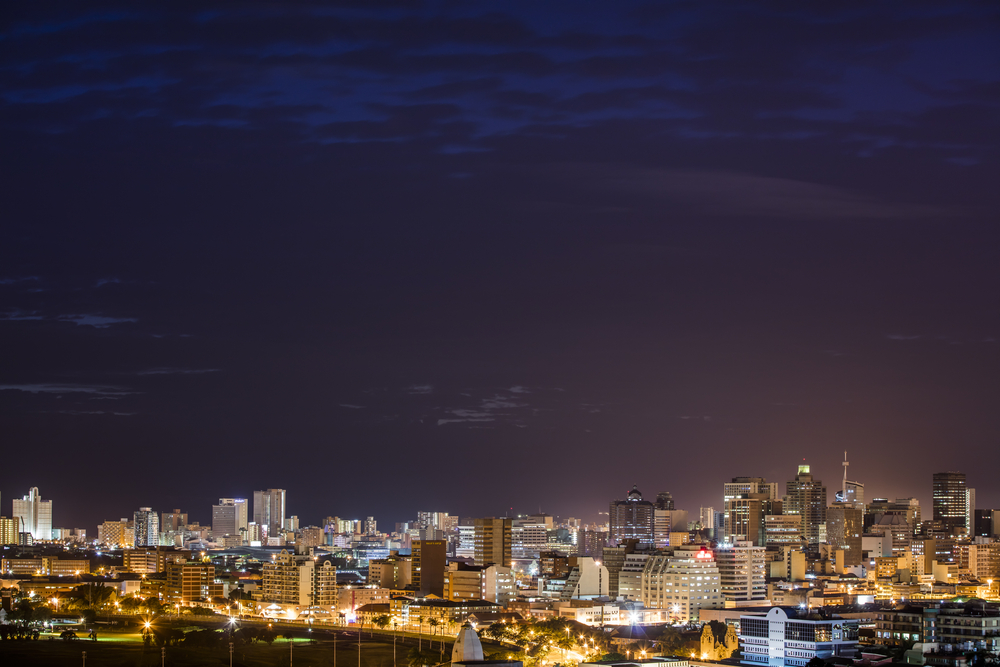 Here’s a switch: instead of opioids killing people, we’ve got people killing people over opioids. Oh, these people aren’t killing each other in order to get their hands on opioids, mind you. Not in the least. Rather these people are killing other people so they can get their hands on opioid territory. Back in the day you’d call it a turf war. That’s right — a turf war. Guess you can call it that now too. In this case however the killers are killing each other over heroin caps.

We’re in Durban, the largest city in the South African province of KwaZulu-Natal. Durban forms part of the eThekwini Metropolitan Municipality, which has a total population of about 3.44 million. That makes it one of the largest municipalities on Africa’s Indian Ocean coast.

Durban also happened to be one of the host cities of the 2010 FIFA World Cup, which put a good light on things. These days though, the light’s not shining nearly as brightly. With good reason too. See, not only is unemployment at an all-time high, but the city’s suffering from an ever-expanding heroin problem. Consequently, the number of desperate addicts and cutthroat dealers is growing larger by the day.

How do we know? Because Vice News sent Nicky Troll to uncover the story. And oh what a story did the Jburg-based reporter uncover.

Wiki says Wentworth “is a coloured area of Durban, South Africa.” (In South Africa, “coloured” means “mixed race.”) The neighborhood is located in the province of KwaZulu-Natal, which itself sits completely inside the South Durban Basin. Wentworth is also about 11 km south of the Durban City Centre.

The ‘hood’s had a heroin problem for awhile, but now that problem’s been amped up past 11. Why? The introduction of mechanized capping machines. See, once upon a time dealers had to hand-filled and heat-sealed starws or “loops” and that required a staff. Since straws aren’t very exacting and people aren’t very reliable, the process was almost as slow as it was wasteful. These handy-dandy capping machines though — whoa! They can churn out up to 25,000 pills an hour without bothering anyone other than the operator. That’s made heroin caps ever more abundant.

It’s also made each and every Wentworth street corner a lot more valuable — to dealers of every level. The trap bosses will go to any lengths to protect their turf, even if that means shooting up the neighborhood. The low level dealers will do just about as much to secure their jobs, even if that means a night in jail.

Between the machines and the competition, prices have gone down considerably though. In fact, a cap only goes for about 11 or 12 Rand ($.71 or $.78). If a rival dealer shaves a rand or two off even that low price, bodies may fall.

You’d think a price drop would also bother the low level dealers. That thought would largely be wrong. See not only are jobs few and far between, but jobs paying even this much are beyond scarce. How much is this much? Well, Troll asks a dealer just to be sure.

He didn’t however say how much his bail would be.

Maybe that’s because he didn’t have to say anything. The police captain overseeing the arrest and its concomitant raid sure had something to say about it all though. And it didn’t include a smile.

“The Justice system’s just going to put him on bail or withdraw the case,” said the Captain, while discovering the arrestee was already out on bail. “It’s very frustrating.”

Indeed it must be. The filmed arrest — which was backed by search warrants — was eventually thrown out on a technicality. In fact, the suspect wasn’t even charged.

Perhaps the dealer never asked about bail because he was questioning the eventual extent of his attorney fees.

To be fair, we don’t know whether there are more shootings or more instances of catch-and-release. We don’t know which rose first either. We do know though that there are enough of lethal shootings and useless arrests to put a fright in every “citizen” who lives within Wentworth’s borders. And yes, we also know both cops and citizens are frustrated by the seeming lack of progress.

“Unfortunately corruption within the police department and the judicial system is perceived to be quite prevalent,” said the captain. “That is the biggest complaint in this area.”

And yes, as frustrating as the catch-and-release is to him, “it’s also frustrating to the community.” And yes, it’s sparked all sorts of community suspicion.

“They see us take somebody away, then they’re back on the streets selling drugs the next day” adds the captain. The community believes that since the dealers “weren’t charged and there’s no case, the police must have taken money to make it all go away.”

Case in point: see above. Or listen below.

“The community has reason to be suspicious of law enforcement,” runs the Vice narrative. “Investigations into police involvement in the heroin business are increasingly common. According to local reports, a 2020 investigation into a local gang boss’s murder led to the arrest of a policeman from the Wentworth station. He was accused of conspiracy to commit murder and linked to the drug trafficking gangs.”

Further stymieing good cops’ efforts is a two-plus year backlog at the drug testing lab. “All of our cases are going nowhere at the moment,” says the exasperated captain. “So we don’t see any punishment.”

Same as It Ever Was

“It’s a losing battle,” said Wentworth heroin addict. “I’ve lost a lot of trust, loyalty and understanding in my community and in my home.”

Those discouraging words can be heard wherever a heroin addict is found, be it South Africa or South Florida. So can their desperate plea for treatment. Unfortunately Durban, like just about everywhere else, is long on addiction yet awful short on beds.

It’s not short on angels though. Take Tracey Williams, founder of the Wentworth Angels. She and her squad run a community food bank (among other good neighborly things). They also see firsthand just what’s happening to their community.

The “majority of our youth are taking heroin caps,” says Angel Tracey. “Innocent people are getting hurt. Our community is riddled with fear. Our children don’t have any play areas anymore. Sometimes our people even put their beds against their windows because there’s a drive-by shooting every second to third day.”

“If nothing is done in Wentworth,” she adds, “real soon we’re going to have no next generation.”

You can tell by the double negative sentence structure just how much hope has been drained from this Angel. She didn’t emphasize doing something real soon, she emphasized no next generation. She apparently didn’t even consider something would or could be done at all.

If even Angels like Miss Williams are out of hope, what’s that say about the rest of the Wentworth community?

Healing Properties thanks Vice for bringing such a dim story to light. We’re also grateful for such a keen, concise (and shareable) report. We hope the citizens of Durban are equally grateful. Sure, they’d prefer having their city known for more than turf wars and heroin caps. We’re sure their city consists of much more too. But without good folks like Vice focusing some bright light on the issue, the issue won’t even be addressed, let alone tackled. Hopefully this clip will at least get Durbanites talking.

What about you? Do you have a heroin habit? Meth? Cocaine? Something else? Are you ready to step away? Help is out there, you know. So long as you’re willing. Give us a ring. We’ll gladly help you get sorted. In fact, it would be an honor.