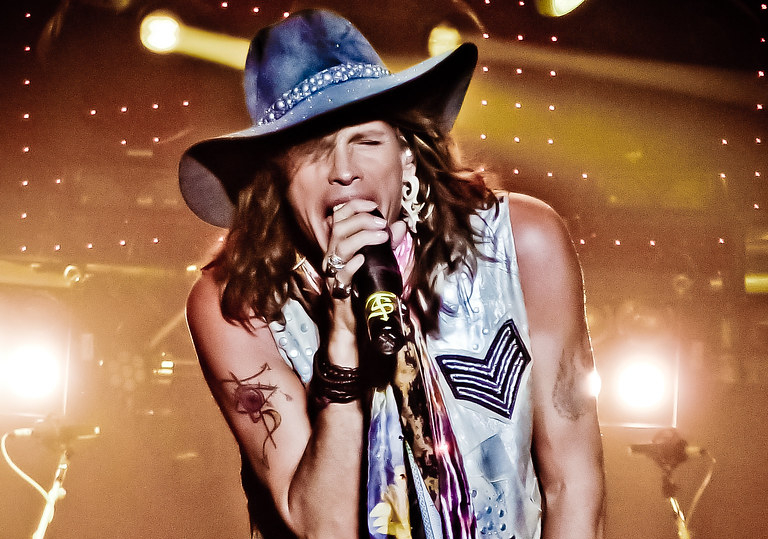 Anyone out there walking around thinkin’ relapse can’t happen to them better think again. Because when an all-around baller like Steven Tyler relapses you know it can happen to anyone. And that means everyone.

By now you’ve heard that Aerosmith frontman Steven Tyler recently relapsed. You’ve also heard he quickly checked himself into rehab. That’s what big boys do. They come clean; then they handle it. And apparently Tyler’s relapse was such that he believed it required rehab.

That’s a bold move – to make, as well as to announce. It also leaves a slew of Aerosmith fans left out in the cold. Why? Because Tyler’s relapse necessitated the band postponing two months of a long-awaited Las Vegas residency. So anyone with tickets to those long sold-out shows now has nothing.

Well, that’s not entirely true. They still have Steven Tyler. And that’s a whole lotta something. Much better he postponed a few shows to get healthy than the alternative. Much, much better.

Steven Tyler has always been open about his addiction. In fact, back in 2011 he even released a “Rock ‘n’ Roll Memoir” recounting some of his drug-crazed days. That book was called Does the Noise in My Head Bother You?, and it left absolutely nothing to the imagination, be it his experimenting with drugs as a teen or his heavy duty binging in the ’70s and ’80s. Then again, drugs were “more or less the thing to do” for a rockstar back then. And Tyler was nothing if not a rockstar. A massive rockstar.

And like all rockstars, he also had a massive habit.

“I don’t think there were any bands that even knew what sober was,” he said. “I couldn’t do enough. I couldn’t get high enough.”

He told People: “We believed that the road to wisdom was through excess. But it got really bad in the ’80s… What happens with using is: It works in the beginning, but it doesn’t work in the end. It takes you down. There’s nothing but jail, insanity, or death.”

The band finally staged an intervention in ’88. He wasn’t a bit happy about it either.

“It took me many years to get over the anger of them sending me to rehab while they went on vacation. But today, because of that moment, I am grateful and owe a thanks to them for my sobriety.”

Tyler relapsed in 2001 and immediately re-entered rehab. So far as we know, the singer has been sober even since.

Aerosmith Will Be Back

Yes, Aerosmith is getting up there. Tyler himself is 74 years old. And this isn’t there first cancellation either. Earlier this year, the band cancelled a long-delayed UK and European tour due to “uncertainty around travel logistics and the continued presence of COVID restrictions and other issues.”

Aerosmith also announced that longtime drummer Joey Kramer was taking a “temporary leave of absence” in order to “focus on his family during these uncertain times.” There was no word on whether or not Kramer was to re-join the band in Vegas.

Hopefully this little hiatus will be enough for both Tyler and Kramer to get back in shape for the stage. After all, if it’s a cinch that Aerosmith will be back (and it is), then it’ll be best if they’re back with the original line-up. Meantime, anyone with tickets to the June and July Deuces Are Wild residency, which was slated to begin at the Park MGM’s Dolby Live on June 17, will be getting refunds through Ticketmaster.

When Steven Tyler relapses, Steven Tyler really relapses. Shows get cancelled; headlines get made; and many lives get thrown into disarray. Such is the life of a bona fide rockstar. The good thing is that he’s handling the matter. This way he’ll be fit to sing again. And after all, isn’t that what everyone wants? Of course it is.

Remember this isn’t Tyler’s first rodeo. And frankly, it may not even be his last. It doesn’t matter. He’s Steven Tyler. The American equivalent to Mick Jagger. And these men know how to rodeo.

So when September comes along and Aerosmith is kicking ass at the Park MGM remember it’s because an addict took responsibility, went to rehab and returned to stage another day. It’s a lesson for everyone. And we wish Steven Tyler all the luck in the world.

How about you? Have you relapsed lately? Do you feel one coming on? Have you sought help? Thinking about it? Help is out there you know? Now more than ever. So maybe you have to postpone a few shows. So what? Better a few shows now than all shows later. Steven Tyler knows this. Deep down inside you know it too. So give us a ring. Let us help you get sorted. Remember, Healing Properties has been helping men for 20 solid years. That means we know how to do sober.