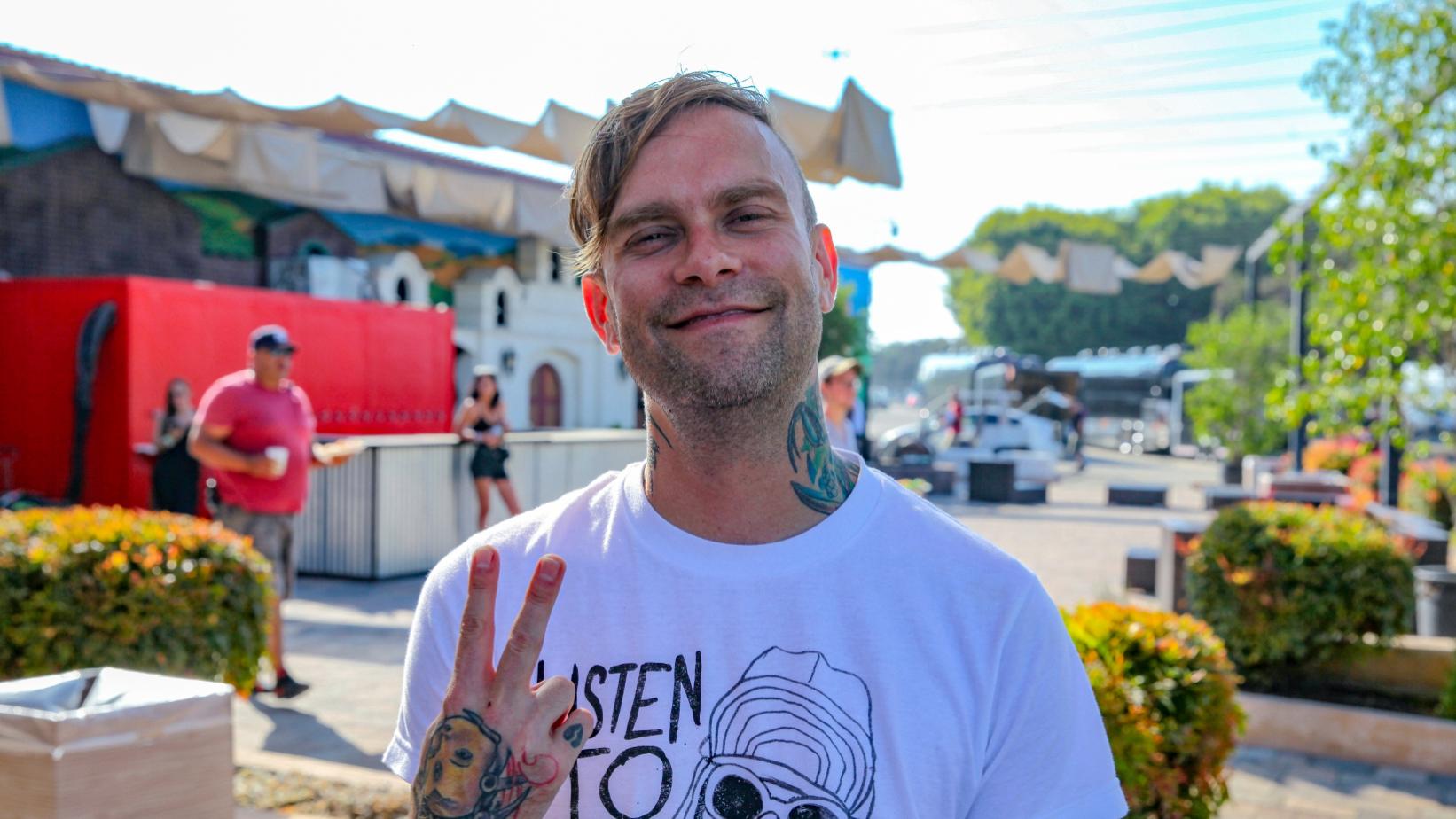 Warped and Sober: The Used

Bert McCracken is both Warped and sober. In fact, The Used frontman is more than warped and really sober. Then again, how could he not be? His band not only played the last and final cross country edition of the celebrated Vans Warped Tour, but they’re also about to play what may be the last and final Warped dates ever. And — get this — McCracken’s gonna do it all sober. Seven years sober at that.

The Used has been a semi-regular Vans Warped Tour staple since their 2002 self-titled debut, so you could say the band’s been Warped since they were born. They haven’t always been Warped though. Or sober. Not entirely anyway. See The Used hails from Utah. And any band coming from Mormon Country is bound to have a straight edge member or two. Or in this case, three.

That’s right, three of The Used have been sober from the get. On purpose. Of course, that left McCracken to pick up the slack.

And boy did he. In fact, McCracken was as slack as it gets, even before meeting the other three bandmates.

“I was at the lowest point of my life,” he told Spin, “doing nothing but sitting on the couch, watching TV, and thinking about doing drugs and how shitty it was that I didn’t have any drugs. When I started singing, I found my second wind.”

The band wanted McCracken to be their singer, just not that McCracken.

“I didn’t want a junkie in my band,” said guitarist Quinn Allman.

So off to rehab it was. McCracken got clean. The Used got signed. And then the fun really began. Critical acclaim. Sold-out shows. Mega Tours, including Warped and Ozzfest.

It was at Ozzfest where McCracken met Kelly. Osbourne, that is. Daughter of Ozzy and dark princess of MTV’s surnamed reality show. Call it kismet. Call it a car crash. Whatever your impression, the show sure gave McCracken a damn good reason to drink.

So McCracken drank. Then he drank some more. He’d already done all the drugs. Even admitted he was an addict. Now he got to be a bona fide drunk.

Mama Osbourne wasn’t amused, either by The Used singer or his antics. And she seemed to grimace every time McCracken’s name got dropped. And in those days it got dropped a lot.

McCracken was smart enough to ditch the reality TV princess. It’d be another decade though before he completely ditched the drink.

In 2012 McCracken had had enough. He was constantly hitting what he thought to be rock bottom — only to hit an even lower place again and again.

“You have these moments that seemed like nothing could get any worse,” he told 10 Daily. “And then two days later it’s worse. And then it’s worse and it’s worse. It’s like, how much more could I possibly take?”

A year later the newly clean and sober McCracken picked up and moved to Sydney, Australia. Why? To give his kids the kind of “idealistic, trauma-free childhood” his Aussie wife had experienced. A childhood that wouldn’t have been possible in L.A.

Family life seemed to agree with McCracken. So did sobriety. And The Used roared back louder than ever. The Take Action Tour to benefit It Gets Better. That summer’s blockbuster The Ocean and the Sky EP. Another album (2014’s Imaginary Enemy, inspired by one of McCracken’s daughters.) Another tour (this time throughout the UK). Then The Used marked its 15th anniversary with a live LP (recorded at L.A.’s Palace) and a year-long world tour that stretched across all of America, throughout Europe and down into Australia.

Not bad for four lads from small town Utah.

Things Do Get Better

Things only got better for McCracken and The Used. A seventh album (2017’s The Canyon). And yet another mainstage headline slot on the revered Warped Tour. McCracken even opened up about how he got Warped and sober.

“MusiCares saved this man’s life,” McCracken told Grammy.com, speaking of the Recording Academy’s health and human services charity. “The only reason I mention it is because I thought I could quit doing it on my own. [And I couldn’t.] For [some] people, the only way is with professional help.”

As for Warped and The Used’s place in the end of the Tour’s crisscrossing the country.

“After we saw the electric response of Newfound Glory during our first Warped Tour experience, we knew that’s what we wanted to do. And now, all these years later, that’s exactly what The Used has done.”

The Used will perform on July 20 and 21 at The Shoreline Amphitheatre in Mountain View, California as part of the third installment of Warped’s 25th Anniversary slate. And McCracken will undoubtedly be both Warped and sober. We at Healing Properties would like to commend the Warped semi-regular on his success, as well as his sobriety. We’d also like to wish Warped a very Happy Anniversary.

If you or someone you love needs help with addiction please give us a call.