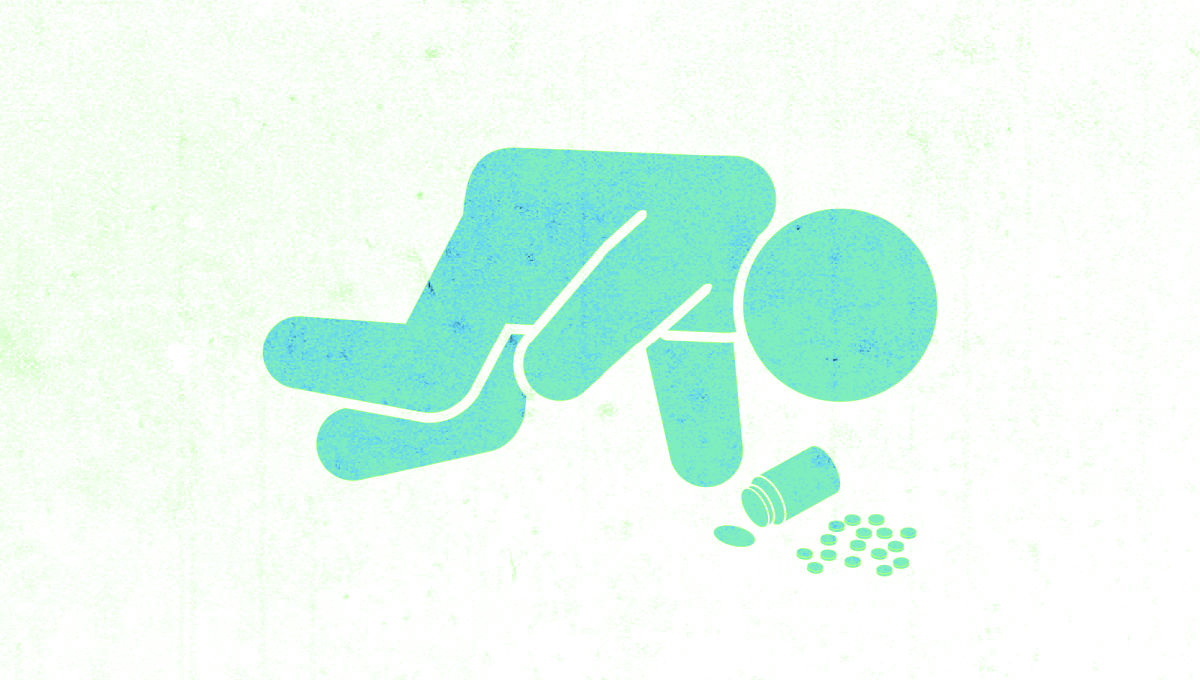 Boomers Get in on the Overdose Boom

So Boomers have latched on to yet another Next Gen trend. Guess it had to happen. After all, that era has been trend-surfing since Woodstock. No, the old(er) folks didn’t fall for Sad Rap. They haven’t been too big on skinny jeans either. But since Boomers aren’t built like kids anymore, either physically or emotionally, ignoring both only made sense. Ignoring the overdose trend would’ve made sense too. It also would’ve saved lives. Many lives. Instead, we’ve got morgues filling with followers and a bona fide Baby Boomer Overdose Boom.

That’s not entirely fair, of course. Very few Boomers intentionally followed the Fentanyl craze. (Not without a prescription anyway.) Even fewer chose to overdose. But some booms don’t require followers (or leaders, for that matter); they just require bodies. The Baby Boomer Overdose Boom wasn’t any different.

Wasn’t and isn’t. Overdose deaths among Americans 65 and older reportedly rose 53% in 2020. If the pandemic can spark that kind of rise in its very first year, how high was and is the subsequent rise?

Unfortunately, many American families already know the answer to that question: too high.

A Mini Boom is Still a Boom

Granted the 65-and-over set accounts for less than 1% of the synthetic opioid overdose deaths. Yet, when you’re talking six-figure body counts, even a single percent is significant. We need not cite the significance of a 53% rise, especially since the subject is the death rate.

And especially considering the curve of that figure is sure to keep arcing upwards.

“The shape of the curve [sure] jumped out at” Ellen Kramarow and her colleagues at the National Center for Health Statistics, and they were the source of that troublesome figure. The good doctor even said as much in The New York Times.

Dr. Kramarow also told the Times that though “the rate of alcohol deaths in older people is much lower than for younger adults, [its 18% rise also] caught [the center’s] eye.” And that number has been steadily rising for a decade.

Who’d the good doctor tell? Why Times’ health ace Roni Caryn Rabin, that’s who. Then again, Dr. Kramarow happens to be a statistician at the CDC’s Center, as well as the lead author of that stat-providing report. In other words, telling is all part of the job. So is digging through data. Dr. K culled this study’s numbers from death certificate data. Those numbers were then scrupulously analyzed. That’s one of the reasons why everyone seems to be bracing for even more.

Overdose is Bad Way to Boom

The news has been rife with obscene overdose reports for too many moons to count. Yet those reports generally only score the deaths of those born after the Baby Boom. Heck, a visitor from outer space could easily get the impression the entire Woodstock generation had pretty much stopped excessively drinking or drugging altogether.

But Gens X, Y and Z haven’t had a monopoly on overdoses of course. Neither have their Millennial counterparts. And though we still seldom hear of Boomers falling final sway to drugs or alcohol, the generation’s continued excess has indeed been clocked before.

And by some serious time-keepers too. KCRW’s brilliant Madeleine Brand discussed Boomers’ accidental overdose increases with the Wall Street Journal’s Zusha Elinson on Press Play back in 2015. Two years later Columbia University’s Mailman School of Public Health found Boomer overdose rate risks on par with Millennials, then published their findings in the American Journal of Public Health. And guess where the esteemed Ivy League team got its data? Yep, the National Center for Health Statistics.

That brings us full circle. It also leads us to conclude that the Woodstock Generation hasn’t entirely gotten sober, and the news of a Boomer overdose rate increase isn’t really all that new. It does reaffirm one thing though, and that’s that an overdose death is no way to boom.

Many folks consider an increase in overdose deaths among Boomers to be only natural. After all, they were the first American generation to freely embrace drugs. In fact, some wonder why the death rate isn’t even higher. Others simply shrug off the matter completely, and leave older folks to take care of such things themselves. Besides, aren’t younger folks are much better rehab candidates?

Perhaps. Perhaps not. And Caryn Rabin duly addressed that quagmire as well. From the physiological changes that render the aged more vulnerable to the ill effects of alcohol and drugs to the poor interaction such substances have with commonly-prescribed medications, the elder substance abuse issue stone gets a rather thorough going over. And yes, that includes health care providers’ tendency to simply ignore their older clients’ substance abuse.

Even when an elder addict is prescribed treatment, they find that most rehabs tailor their programs to a younger crowd. That, of course, only exacerbates the unease and discomfort that can come from being treated alongside people the same age as one’s children or grandchildren.

Yes, it’s true that many Baby Boomers have long histories of addiction, and that some have struggled with substance abuse since early adulthood. It’s also true that more than a few fell off the wagon after retirement or during the pandemic. Most true of all though is that those Boomers need and deserve qualified treatment. That won’t happen without acknowledgement.

“This is a hidden population that is often ignored,” said Dr. Frederic Blow, a professor of psychiatry and director of the University of Michigan Addiction Center.

Not Entirely Hidden or Ignored

Fortunately, that population isn’t quite so hidden. It’s not quite ignored by everyone either. Take Senior Hope, an outpatient clinic out of Albany, New York. The non-intensive, not-for-profit counseling center is licensed by New York State Office of Alcoholism and Substance Abuse Services. And it’s been so licensed since 2002. The Times took the time to highlight the facility, as well as one of its peer support specialists. The Paper of Record also took the time to imply we could use a whole lot more facilities like Senior Hope.

And indeed we could.

Help for Baby Boomers, Their Babies & Their Grandbabies

Healing Properties has been providing substance abuse help to Baby Boomers for 20 solid years. Naturally those years have included Boomer babies, as well as Boomer grandbabies. In fact, on many occasions the Boomer-aged clients end up serving as mentors to their younger counterparts. Some have even returned as sponsors after they moved on.

But though many a Boomer has proved helpful to their Gen X, Y and Z colleagues, the younger set has also proven to be of help to their elders. Sure everyone generally treats each other as if they were kin, but it’s more along the lines of brothers than anything else, whatever age either happened to be.

Then again, that’s how it usually is at Healing Properties. A Sober Brotherhood. It’s not intentional, mind you. It simply happens naturally. When well-meaning men get serious about sobriety. And we’ve got an ever-expanding Recovered Alumni Community as proof!

Life at HP isn’t all serious though. And those Recovered Alumni will be the first to tell you too. In fact, they’re often the ones popping by property to take their sober brothers to the nearby beach for a swim or some volleyball playing. They’re also often the first to show with donuts and coffee so the community can get a kickstart to its Sunday. Whenever those Alumni arrive, their hands are extended and their faces are plastered with smiles. Why wouldn’t they be? They’re sober now. And each is leading a successful, fulfilling life.