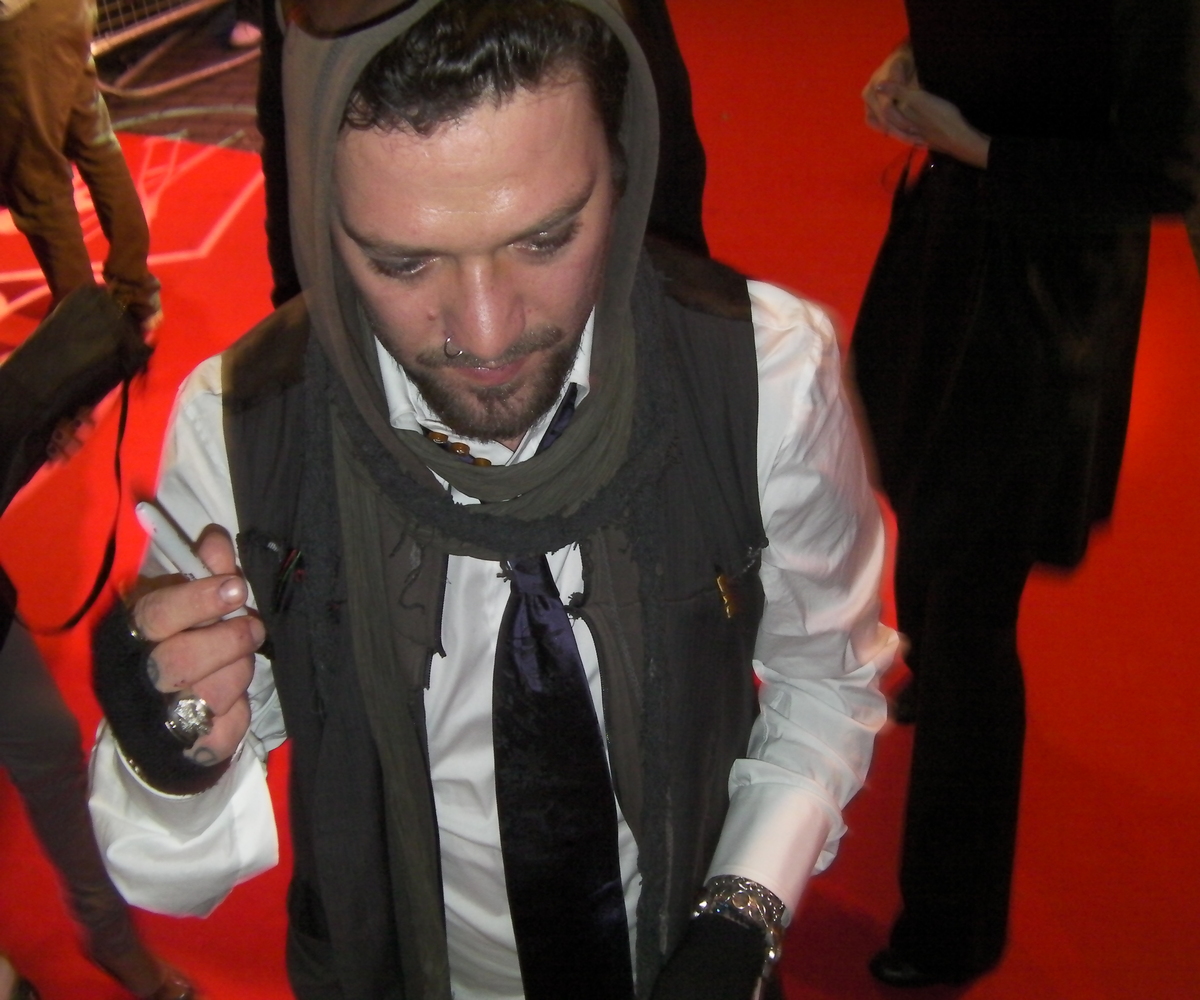 Bam Margera Blames HIM for Alcoholism

The world is full of fans who’ve fallen for rockstars. Sometimes though those fans fall just a little too hard. Take Bam Margera. Not content with simply idolizing HIM’s Ville Valo, Bam started hanging around the Finnish singer. Then Bam started mimicking everything he did – including drinking. Ville took a shot; Bam took a shot. Ville had a morning beer; Bam had a morning beer. Eventually, says Bam, the mimicry got out of control. So did Bam. And when Ville left the scene, Bam was left with a bad drinking habit.

A decade or two later, a bad drinking habit is about all Bam’s got left. That, and a hefty dose of blame. Because these days Bam seems to believe that Ville Valo is the root cause of his alcoholism.

That’s pretty much how Bam’s now telling the story. Or how he was telling it anyway. The blaming, which took place on Steve-O’s Wild Ride, actually happened “some time ago.” The thrust of the interview was supposed to be Bam’s year-long rehab stint. But that stay was supposed to have ended in May. All we know for sure is that when Bam appeared on the podcast, over half of his right arm was covered in a cast and he was coming off a knock-out dose of “the stuff that killed Michael Jackson.” We also know Bam has been seen leaving various treatment centers since he “completed” his “year-long stint,” in addition to a variety of Florida bars, including Sarasota’s 57 Tavern on Labor Day Weekend. So what’s actually what is really anybody’s guess.

Maybe this Loudwire extract will help with the guesswork:

“I am an alcoholic. And I have been for a long time,” Margera told Steve-O. “I remember when I was probably 24, I was so mesmerized by Ville Valo from HIM… he would just walk down the street in Finland and girls would literally faint. Sometimes guys [would faint] too. So I would just follow his lead. I’m like, ‘He’s buying a pack of cigarettes, I’m buying a pack of cigarettes. He’s getting a beer, I’m getting a beer. He’s doing a shot of Sambuca, I’m doing a shot of Sambuca.’”

“Once, Ville cracked open a beer when he woke up,” Bam continues. “I’m like, ‘You’re drinking in the morning? In the daytime?’ He’s like, ‘Yeah, why not? Want one?’ I’m like, ‘Well I’m not gonna let you do it alone, but this is fucking crazy.'”

“It was the first time I ever day drank,” ended Bam.

Boo hoo. So, Bam Margera apparently wants us to believe that he only drank to excess because his hero Ville Valo drank to excess. That the skateboarding man-of-the-world had no idea drinking could become a problem. That he was, in essence, blameless. He was simply following his rockstar friend’s lead.

After hearing that claptrap, we didn’t listen any further. So we don’t know whether or not Bam followed Ville’s lead to rehab back in 2007. If he did, it didn’t stick. Obviously. Otherwise Bam would be as sober as his influential friend, who’s been sober ever since.

It could be argued that there’d be no HIM were it not for Bam Margera. Not in America anyway. Bam gave HIM instant cred with the cool kids (skateboarders and otherwise), as well as instant entry onto MTV, something few Finnish Goth Rock bands ever achieve.

Actually cool cred and MTV entry is beyond even the dreams of most Finnish musicians, no matter what their specialty. For a Finnish Goth Rock band it’s gotta be a veritable godsend. But it’s highly unlikely that HIM thought a kid named Bam would deliver such rewards, especially after singer Ville Valo got a good look at him.

“[Bam] was just a random fellow that came knocking on our door,” remembered Valo. “He wasn’t that well known internationally. He was a skateboarder who was working for MTV in America. He’d come over and say hi and grab a beer from a dressing room fridge, and that’s how the friendship started. We became friends.”

This Valo interview – which we pulled from the oneweekendoneband tumblr – originally aired on the Blackest of the Black Fest site. We’re not quite sure when though. But we’re betting it was after Valo got sober in 2007 and of course long before the Wild Ride reveal. Whatever the case, it’s odd that Valo’s memories of Bam bring liquor into the equation. It’s especially odd considering Bam’s latest outburst.

However the whole Bam Margera / Ville Valo relationship may have begun, it eventually coalesced into mutual admiration, as well as mutual aid. And the two obviously did much to help each other’s careers. Yes, Bam might’ve been better connected in the States, but hanging with HIM was certainly a badge of honor. Bam wouldn’t have slathered himself in Ville’s tattoos otherwise.

More importantly, they were friends. Close friends. For a long time. And we can’t see any reason to betray that friendship. Even if it no longer exists. We most definitely don’t see a reason to play the blame game.

There’s really no telling why both Bam Margera and Ville Valo wound up as alcoholics, but only Ville has thus far been able to stay clean. What is clear is that both spent many a year traveling the world together – shooting videos, staging events, and generally living the rockstar life. It was, as they say, epic.

Was alcohol a large part of that equation? Apparently so. But that doesn’t diminish its importance, nor its impact. It doesn’t weaken the bond either. Bam and Ville forged what appears to have been a solid friendship; to belittle that friendship with blame and aspersion is a waste. It’s also disingenuous. Bam knew full well what he was getting into; he was also fully engaged in all the fun. No sense to now claim otherwise. I mean, those cats had a veritable blast. Bam should be grateful; not bitter.

One more thing. People have to clean up after a party. That’s a given. When the party lasts as long as theirs, well, clean-up might take a minute. Or 10. Or 20. Best to just get the job done. Ville Valo apparently cleaned his side of the street back in 2007. Bam Margera now needs to finish cleaning his side.

Yes, sobriety can be a tricky subject – to address, as well as to assess. Healing Properties knows that as well as anyone. After all, we’ve been addressing and assessing sobriety for two solid decades. One of the foremost requirements though, is to lose the distractions. For Bam that would mean no fans, no social media and, above all, no shenanigans. (Yes, that includes podcasts.) At least until he can get his footing. In other words, Bam needs to work on Bam, and he needs to do it directly. And the best way to do that is to eliminate the extra-curriculars.

Will it be easy? Nope. But it’ll be easier than Ubering back and forth between treatment centers and bars. It’ll also be easier than making excuses. And who knows? Maybe Bam and Ville can become friends again. Sober friend.