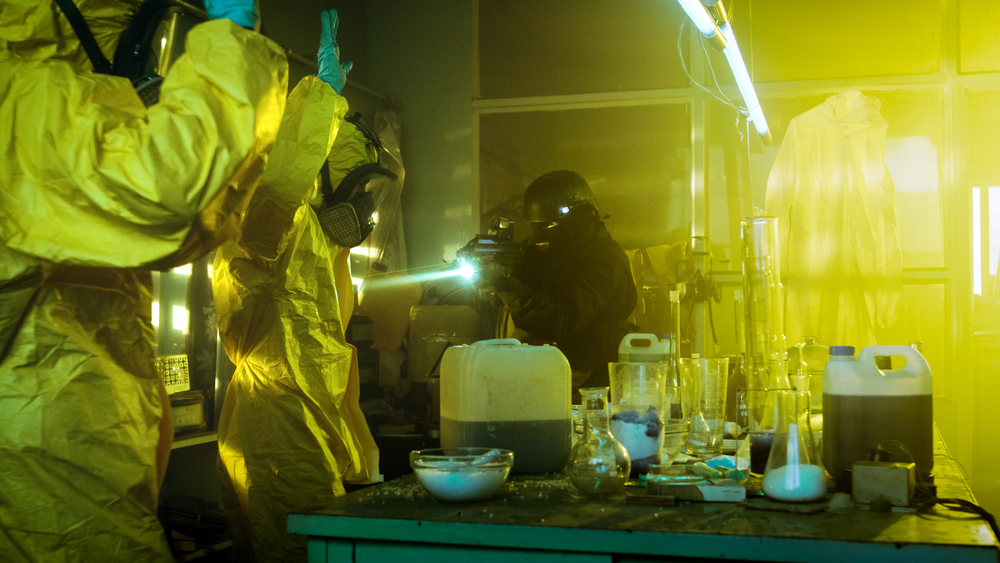 East Coast, West Coast and all around the country, narcotics busts are up. Way up. In fact, they’re setting records. Good thing too. Because if they weren’t setting seizure amount records they’d be setting overdose death records. You can take that to the morgue.

And we have. Taken it to the morgue that is. Every single one of the last five years. That’s how long the fentanyl death record has been being broken in the U.S. That’s five years of tens of thousands of Americans dying from a single source. It’s also tens of thousands of families losing loved ones long before their time. And it’s not limited to fake pills either. Fentanyl has also been showing up in cocaine and meth, as well as conventional powder heroin. In other words, these days no drug is safe.

Healing Properties took a little YouTube tour through the country’s most recent narcotics busts. We looked for the largest, yes. But we also sought the most auspicious. That is, those that not only broke records, but that were sizable enough to break entire communities. And if you don’t think 108,000 fentanyl pills could break a place like the 89,987 population Bloomington, Minnesota, well, you better think again. Remember, even half of a fake painkiller can kill an addict. That means a regular Jane or Joe would probably die from just a quarter dose. We’d say that seizure was enough to kill the whole community – at least twice.

In fact, things have been breaking so bad in Minnesota that our colleagues at Recovery Boot Camp recently singled out the state. You can read all about it right here. And you can see all about narcotics busts in the Midwest, as well as both coasts below. Oh, we’ve also thrown in an little Arizona bonus. Enjoy!

Like we said, 108,000 fentanyl pills seized in a town with less than 90 thousand residents. Sound like a problem to you? Only if you consider enough drugs to kill 1/5 of the state of Minnesota to be a problem.

Watch Bloomington’s Finest fill in the world via Fox9.

Two Million in Drugs in ATL

The Atlanta Police Department’s Narcotics Unit may have seized a historic amount of drugs in this narcotics bust but they’re not quite finished. In fact, they’re asking for the public’s assistance in locating 43-year-old Jeffrey Freeman, who is wanted for Trafficking Cocaine, Trafficking Heroin, Possession of Marijuana with intent to Distribute and Forgery. Now, some Comments say Freeman is okay because he wasn’t dealing fentanyl. But dope is dope. And addiction is addiction. And dope addiction still kills people, just maybe not quite as fast.

Now we know Cartels deal drugs. We know that gangsters deal drugs too. But doctors are supposed to prescribe narcotics, not sell them. Apparently Dr. Diamond didn’t get the memo. Because federal investigators showed up at his West Phoenix clinic and arrested him and his staff.

We covered the candy-colored counterfeits once before. But the more warnings we can spread about Rainbow Fentanyl the more opportunities we’ll have to get out the word. And the dangers of these harmless looking pills cannot be understated. Please, if you see these pills, run, as fast as you possibly can. Don’t even touch them. Seriously. Cops are dying just from handling the damn things! Don’t you die too.

Healing Properties applauds the law enforcement teams behind the above narcotics busts. It’s especially crucial to get deadly fentanyl off the streets. That these LEOs are doing so to such a record-setting degree means thousands upon thousands of Americans will live to see another day. Who knows? It could be the first day of the rest of their life.

Are you ready? Have you gotten over risking your life? Would you like to live to fight another day? Well, give us a ring. Please. We’ll help you find an easier, softer – and safer – way. No fooling.