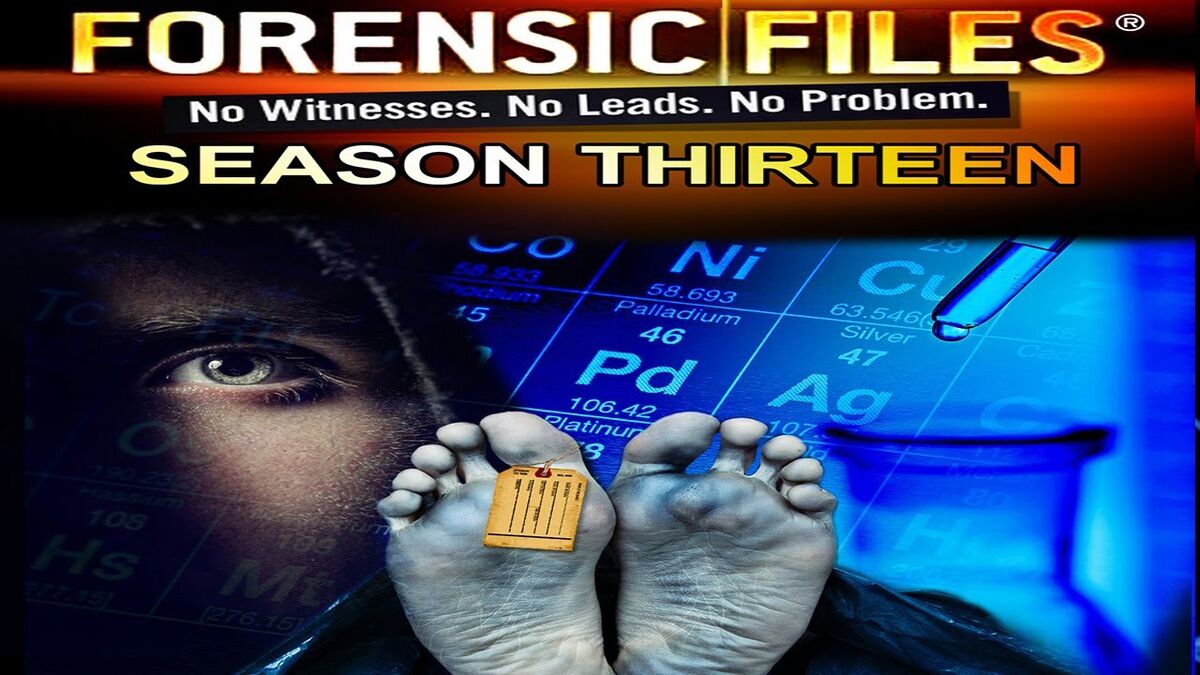 When the Doctor Becomes a Junkie Murderer

When Brian Stidham answered Bradley Schwartz’s ad seeking someone to care for the pediatric patients in his Tucson ophthalmology practice, the Texas-based doctor figured it would be a great way to enhance his career. After all, Schwartz’s Arizona Specialty Eye Care was reportedly booming, and if Stidham could eventually take over the practice (as discussed) it would keep booming. Stidham never suspected his new partner was a junkie though, let alone that he’d become a junkie murderer.

One month later however, the DEA raided their offices and Stidham found out that the two doctors were as different as night is to day. Seems Schwartz was addicted to both Vicodin and Ritalin. Worse, he had both his girlfriend and his office assistant fill his own prescriptions then give him the pills. Worse still, the girlfriend was not only the foster mother of one of his patients, she was also a Pima County deputy attorney named Lourdes Salomon Lopez.

The DEA wasn’t pleased, and issued a 77-count indictment against Schwartz for writing fraudulent prescriptions. Schwartz’s wife wasn’t happy either, and she filed for divorce as soon as she learned of her husband’s law-breaking, addiction and adultery. Stidham was probably more pissed than anyone, after all, he’d picked up and moved his family to join Schwartz, but it took until the following October till he was able to extricate himself from all the ugliness.

If Stidham was Marcus Welby for Mr. Rogers’ Neighborhood; Schwartz was Nip/Tuck for OnlyFans. The former a conscientious pediatric ophthalmologist solely interested in providing the best possible child healthcare; the latter a pill-popping adulterer seeking to set up a plastic surgery concern.

Had Stidham done his research, he might have known Schwartz was no good. Schwartz and his family had come to Arizona after a Phoenix-based ophthalmology group had hired him to open an office in Tucson. One year later, when his contract expired, the new partner picked up his gig bag and opened his own competing practice just 200 yards away. The Phoenix group sued him for violating a restrictive covenant, and the two sides settled out of court, but not before the group characterized Schwartz’s behavior as “obscene, abusive, and belligerent.”

That behavior hadn’t improved when Stidham came on board. In fact, it was getting progressively worse. And after Schwartz was indicted on the drug fraud charges and had his medical license suspended, Stidham had no choice but to dissolve the partnership.

When Schwartz entered rehab, Stidham set up shop far across town. Many patients followed him out the door. Word soon spread about the new practice and Stidham’s enterprise started expanding quicker than ever.

Schwartz got pissed. Real pissed. Accused Stidham of stealing his patients. Then he started making threats on Stidham’s life. In fact, he repeatedly told his then girlfriend, Lourdes Lopez, he wanted to kill his former partner. He also told many of his friends.

The Junkie Murderer Gets Caught

Schwartz, of course, was the prime suspect. And Schwartz, of course, had arranged a concrete alibi. Or at least what appeared to be a concrete alibi. See, he’d been sitting at dinner with an online dating swipe named Lisa Goldberg at a Thai joint well across town. While the two new lovebirds were dining, however, a certain Ronald Bruce Bigger popped in and sat right down. Lisa G. didn’t like the looks of this guy. Not one bit. She liked ‘em even less when she learned Schwartz escorted Bigger to an ATM machine, forked over a buncha cash, then checked him into a hotel.

Lisa Goldberg called police with her suspicions about Ronald Bruce Bigger the very next day.

Turns out the cops were already on to the intrusive Mr. Bigger. In fact, they’d stumbled on to the man right after learning about Schwartz. Seems the two exchanged a lot of phone calls on murder day, including a few where Bigger asked “Where’s my money?” It wasn’t long before authorities realized Schwartz had offered Bigger $10,000 to kill Stidham. Finding Bigger’s DNA on the radio knob of Stidham’s vehicle put icing on the proverbial cake.

Cops tracked down and arrested Bigger on October 15th outside of Tuscon. Schwartz was arrested the very same day. When Schwartz asked his ex-lover Lopez to defend him, she refused. Then again, she’d previously told her county prosecutor pal that Schwartz might be planning murder, which is very close to having foreknowledge. At the very least it placed her in a very dim light. Later both Lopez and County Prosecutor Paul Skitzki would be among those sued by Stidham’s widow, Daphne. Lopez’s Pima County ties also forced the trial to be moved to Pinal County.

The Junkie Murderer Gets Convicted

Both Schwartz and Bigger were charged with Conspiracy to Commit First Degree Murder and First Degree Murder, though only Bigger was convicted of both counts. After five days of apparently grueling deliberations, the jury could only agree to convict Schwartz on Conspiracy. He received 25 Years to Life.

In addition to his immediate appeals (which were denied), Schwartz was subsequently involved in some serious violence. In fact, Wiki’s incredibly helpful Case Page (from which most of this is culled) says Schwartz suffered numerous inmate attacks. It also says one of those attacks resulted in injuries so severe they required he be airlifted from one hospital to another, spend 10 days in ICU and undergo at least two plastic surgeries. The most extensive injuries were to Schwartz’s face, primarily his eye sockets, tear ducts and nasal cavity. And reports indicate that Schwartz’s vision has been permanently damaged.

While seeing a killer eye doctor have his sight literally beaten out of him might represent a certain cosmic justice, even evil ophthalmologists are supposed to be afforded some sort of in-prison safety. Schwartz, of course, made such a likelihood extremely unlikely, if not impossible. He was cited for a long series of behavioral infractions well before that last attack. And who knows what kind of retribution those missteps invited, from both guards, as well as fellow convicts. After all, corrections officers have zero tolerance for anything that might jeopardize prison operations (and in effect their lives). Prisoners do too. Yes, inmates also happen to be sticklers to prison rules, especially the unwritten ones. And pity the fool who might interfere with any of their small freedoms.

So it’s not too difficult to believe Schwartz had in some way antagonized his fellow inmates. All accounts indicate he was beyond unpleasant to all and sundry even before prison. In fact, a parade of ex-girlfriends, friends, colleagues, and acquaintances had testified against Schwartz at his trial. Not only did those testimonies uniformly confirm the devilish doctor’s deep hatred for Stidham, but they attested to his consistently unseemly character.

As suspected, Schwartz sued the state of Arizona for $750,000. That suit was unsuccessful. A murderer named Jeffrey Allen Wood was convicted of the last attack though. And the judge added 10 years to the 29 years he’d already been serving.

The last the world heard of the case was back in August of 2021, when the Arizona Supreme Court denied Ronald Bruce Bigger’s appeal. That means the hitman’s back-to-back life sentences will stand.

Do Drugs Make the Man?

Did Bradley Schwartz’s addiction compel him to kill? If so, which pills brought out the murderous drive? Was it the Vicodin with its warm blanket of impunity? Or was it the Ritalin and its no-holds-barred unleashing? Perhaps it was both. After all, both drugs can serve as trigger pulls under the right circumstances. Then again, so can almost anything else. Hunger. Drunkenness. Jealousy. Envy. Each of those can drive someone to kill. Heck, murders are sometimes committed simply because someone came upon a slow moving car at the end of a long hard day.

There’s no shortage of research detailing the effects opioids and amphetamines have upon a person’s circuitry though. There’s no shortage of evidence detailing how addiction alters a person’s capacity to handle the day-to-day either. Musts suddenly aren’t so important, neither is trust, and priorities get flipped on their head. When withdrawal enters the picture, well, an addict tends to set aside everything and everyone in order to pursue whatever ails them.

Yes, it may sound counter-intuitive, but an active addict’s ailing can only be stopped by whatever it is that ails them in the first place. A poison for the poisoning, if you will. So it’s no surprise that an addict’s behavior will often be downright poisonous.

No Need to Become a Junkie Murderer

Nevertheless, millions of addicts manage to handle their poisoning without becoming a junkie murderer. Yes, drugs ensure that their lives often include betrayals of some kind. But the primary victim is the addict himself. In fact, Healing Properties has been treating addicted men for 20 straight years and not one has turned into a murderer.

That’s not to say they’ve all been choirboys. Not even close. It is to say though that they’ve stepped up and taken responsibility for their misdeeds. They then focused on healing, not killing. Then again, we generally get the men who are ready to step up and stand tall again.

What about you? Are you ready to step up and stand tall? If so, please give us a ring. We’d be absolutely delighted to help. There’s no sense risking becoming a junkie murderer.