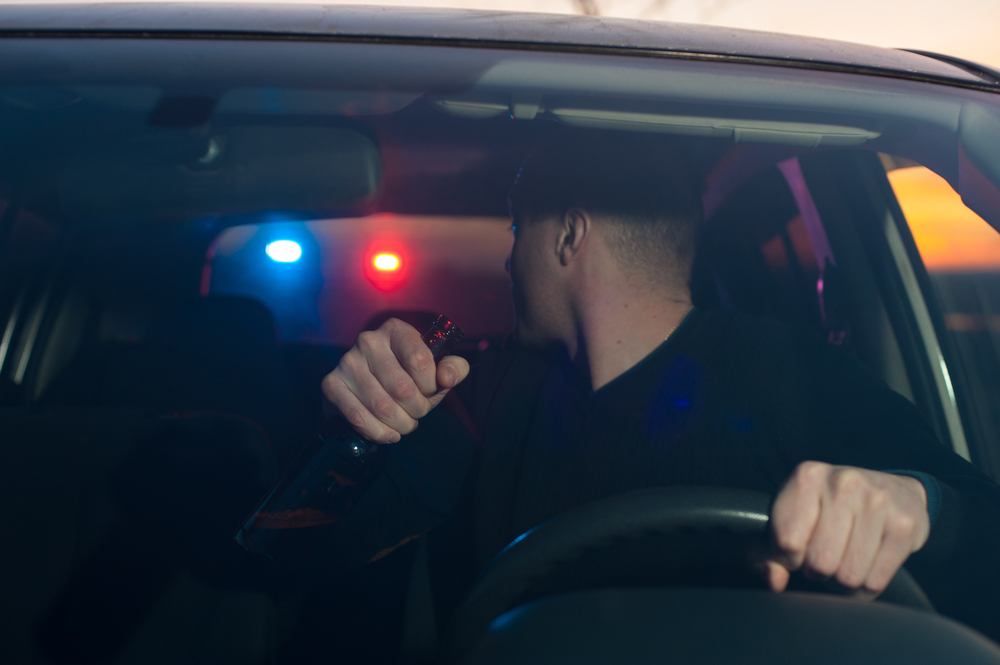 Drive-By Drunks: Getting Tossed in the Tank

Driving drunk is of course unsafe at any speed. It’s especially unsafe at 100 mph on a city’s surface streets. We don’t need to tell you that though. We shouldn’t have to say it either. It’s common sense. And it shouldn’t happen. But as the good folks at Code Blue Cam show, it did happen. So did many other similar testaments to humans’ capacity to do stupid things.

Thank Zeus we’ve got Code Blue Cam around to remind us all of the error of our ways. Not that these infraction aggregators are all true blue benevolence, mind you – after all, bad behavior does tend to generate a whole lotta traffic. But CBC’s success doesn’t subtract from the fact that the site indeed provides a community service.

And a damn useful service at that. Even by default, CBC’s relentless presenting charts nationwide trends in crime, from most dangerous locations to most committed infraction. Granted much of their content is based in La Crosse, Wisconsin. That’s where CBC is based too. But even a smallish town like La Crosse can show which way America’s criminal winds are blowing.

Well Above the Legal Limit

And in these clips they’re blowing well above the legal limit. They’re also blowing under age. Like the kid who crashes into a cop car and can’t find park even after bringing an entire traffic signal down on his head. Or his same-aged would-be buddy whose reassuring words aren’t enough to stop his girlfriend from calling the cops – while the two are still on the road.

Not everyone is driving though. Not everyone is drunk either. The gal who hit nearly 140 mph before running out of gas while fleeing police seemed to be high. The bloody-nosed blonde boy was only running drunk (though he may have been strangling drunk too). It’s the driving drunks though that generally cause the most trouble – and risk the most lives.

In fact, that seems more like a deep-seeded wish to kill something or someone, quite likely both. Whatever the case, it goes well beyond driving, drunk or otherwise.

Drunk driving is also one of the worst crimes a person can commit – a) because it’s so easily avoidable and b) because it so wholly puts innocents at risk. And there’s absolutely no excuse.

Code Blue Cam aren’t the only YouTube clip-makers out there to remind us of the error of our ways; Real Responders does so too. And when RR hits Las Vegas, all bets are off.

The Responders have two full hours of bad hands to prove it. Oh, the losses don’t always come to chronic losers – they can floor the Average Joe just as quickly, if not quicker. As this Best of shows, bad hands don’t only happen in Vegas either. They can and do happen everywhere. Even in Mormon Country. Vegas just seems to suffer the brunt.

And boy do those Vegas law folks suffer. From the cops to the jailers, they’re subject to an onslaught of the ugly and uncooperative. Frankly, the parade is as relentless as the knuckleheads themselves, who don’t seem to know when to simply take their losses and shut up. Heck, the first drunk’s non-stop blather alone is enough to make most people seriously second-guess their career choice.

Not these law enforcement pros though. Not that we know of anyway. They take the bad in stride with the worst and never once break a sweat. They don’t let either the bad or the worst break their spirit either. If any spirits are getting broken, it’s the bad actor whose behavior necessitates the restraint chair. That contraption would break just about anyone!

Not always of course. Sometimes there’s enough alcohol and drugs in a person to keep even straps, cuffs and muzzles from getting through.

That diabolical contraption sure got through to the brawling brunette at the beginning though – and right quickly too. In fact, the incarcerate started minding her proverbial P’s & Q’s within a matter of minutes!

That restraint chair got to us too. It reminded us how scary drunks can be, as well as how scary it can be to be drunk. Drunks are generally only loud and obnoxious because they’re scared, whether they know it or not. That goes for even the loudest and most obnoxious drunk.

In fact, it goes double for the loudest and most obnoxious drunks. They’re generally the most frightened. Unfortunately, the more frightened the drunk the higher the likelihood they’ll do something incredibly stupid.

That stupidity, naturally, can badly hurt others. Don’t think for a second that the most frightened drunks usually only harm themselves. Because they don’t. If anything, the drunks take others with them. Even worse, they often leave others mangled or dead and walk away without a scratch. And all because the reckless, senseless, irresponsible ‘fraidy cats can’t face life without liquor.

Remember that the next time you think about kicking back a few brews or downing a few shots. And when you’re confronted with the loud and obnoxious drunk, take away their car keys – then run for the hills.

Nothing Funny About Drunks

By now you know Healing Properties sees nothing funny about drunks. We don’t see anything funny about getting drunk either, especially if you’re going to put others in peril. It only takes one blown red light or stop sign to kill someone. Heck, sometimes it doesn’t even take a car. People die every day on account of a drunk’s firearm, knife blade, blunt instrument or sucker punch. Meaning of course, people die every day because of some drunk. And that friends, ain’t at all funny.

We see nothing funny about drug addicts either. And at the end of the day, drunks and druggies are a whole lot alike. Addiction is addiction. And impaired is impaired. Yes, driving drunk might get the most attention, yet driving high can easily lead to equally lethal consequences.

Drug and alcohol abuse generally spring from the same dark place too. And they can be overcome in very similar ways. If you’re looking to get out from under either or both, please give us a ring. We’ll help get you sorted right quick. Whether or not you’re here in Delray Beach. We just want to see you stay out of the drunk tank.

As for the clips, again, they’re not shared to entertain, but to remind us of the error of our ways. Hopefully, they’ll help prevent folks from committing such errors in the first place. And we wholeheartedly thank the good folks at Code Blue Cam and Real Responders for providing the kind of compelling and enlightening content that gets good messages across.