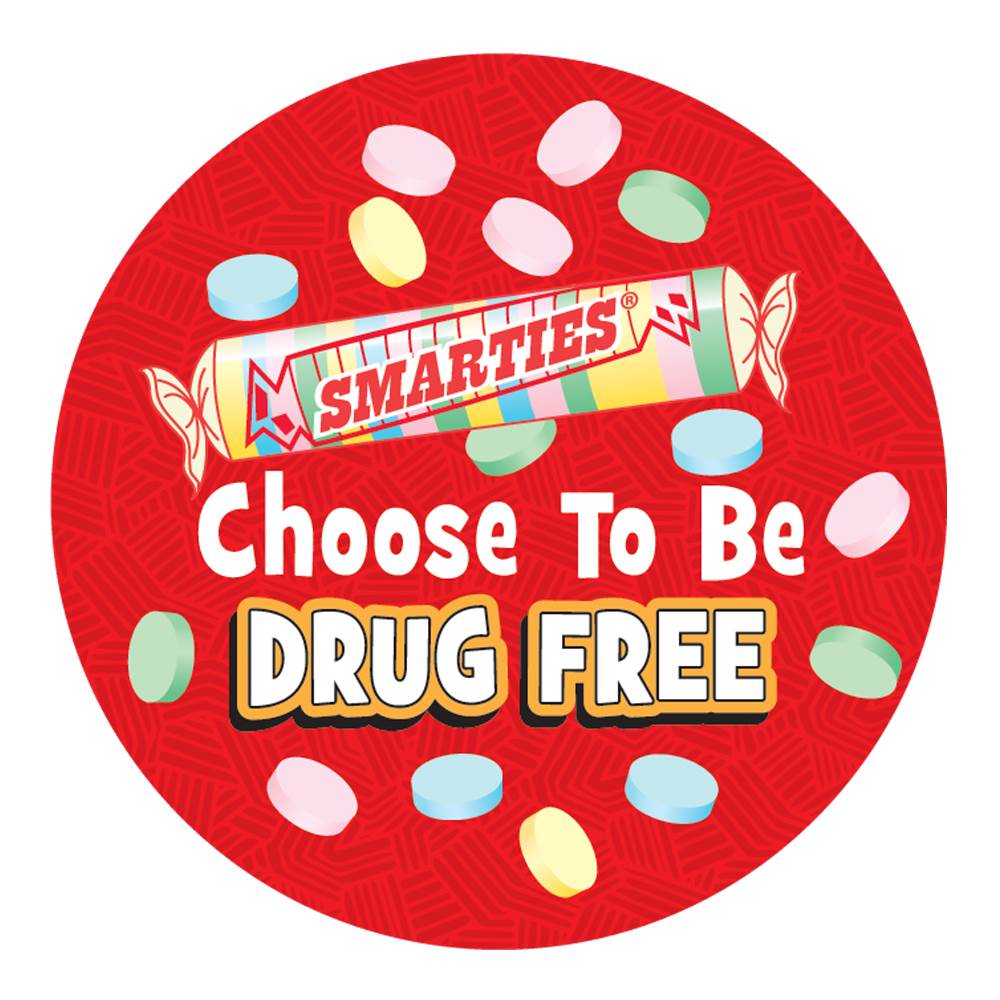 Drug-Free Living in the U.S.A.

For years the man believed drug-free living was a fairy tale cooked up by do-gooders. No surprise considering everyone he knew was on one drug or another. And yes, that included his parents. They always had been too. In fact, his mother often hit him up for pills when she was out.

(Note: Marcus is not his real name. But his story is as real as real gets. It’s also shared by too many kids to count, including many of those who’d one day come to Healing Properties. That’s how we got the story anyway. And that’s why we’re sharing it here.)

Marcus had always felt a little out of step with his friends. At home, when he was super young, during those carefully orchestrated playdates. And at school, at various times throughout the day. Then one day he overheard his parents talking about him.

“Do you think he’s on the spectrum?,” his dad asked his mom.

“Our Marcus? No way! He’s just having typical growing pains,” said his mom.

Since this happened before every ten-year-old had a phone of their own, Marcus couldn’t Google up an answer. He had to actually ask someone. So the next day at school, he pulled his friend Spencer aside before Home Room and did just that.

“Yo, do you know anything about this spectrum?” asked Marcus.

“It’s when people are all shut down,” said Spencer. “You know that Molly girl in Math? They say she’s on the spectrum.”

“Oh, right. You don’t think I’m on this spectrum thing do you?” Marcus asked Spencer.

“You?” Spencer started laughing. “No, you’re just a rocket mixed with blasé blasé,” continued his friend. “If anything, you’ve got ADHD.”

Marcus laughed too. He was laughing even more three months later after a therapist gave him his first dose of Adderall. Laughing and full of absolute joy. In fact, Marcus didn’t know life could be so much fun.

The Adderall effect was immediate — and considerable. Marcus’s grades shot up; his friend-base expanded; he even signed on for extracurriculars. His parents couldn’t be happier — or more proud.

Marcus couldn’t be happier either. After all, he’d never been popular, or even a particularly good student, and being big man on campus felt good. Real good. Sure it was only an elementary school campus, but it was his campus. Besides, it was the only campus Marcus knew.

Marcus pretty much stayed happy straight through high school. Oh, there were a few incidents when his prescription ran out and he’d had mild panic attacks, but his mother always resolved those rather quickly. She knew how effective the medicine was for him, and how much it meant to him too. Heck, she’d even tried it a time or two herself. Just to be sure it’s not too dangerous, she said.

His dad, on the other hand, wasn’t particularly fond of his son popping pills every day. But he couldn’t deny their effect on his behavior. He hadn’t seen his son this happy since early, early childhood. Before he’d learned to talk, in fact. So there was no way he’d argue against them now. Besides, pointed out mom, dad drank every day, so what’s the dif?

Marcus had experimented with various illegal drugs in high school. Pot was a yawn. Benzos made him loopy. And cocaine and meth left him almost manic. The meth left him especially manic. No surprise considering Adderall is methamphetamine’s sister drug. So for the most part he simply stuck with the Adderall.

Then, before leaving for classes one morning, his college dorm-mate slipped him a blue Oxy. Study aid, he said. Try it.

To say that Marcus felt as if he were on a cloud of confidence would be only half right. He also felt as if were being embraced by the whole wild world. Everybody loved him. And he loved everybody in turn. Even better, Marcus could do no wrong. Plus whatever he did do always met a seal of approval.

That’s what it felt like anyway. And that’s what it would continue to feel like until one day he ran out of both kinds of pills and neither the pill pusher nor the doctor could or would help. His dorm-mate had another bright idea though. Heroin and meth. The combination would mimic the Oxys and Adderall he said. He also said he knew right where to get both.

Marcus forked over a hundred dollars and waited the less than half an hour it took his dorm-mate to return. To Marcus though it felt like an eternity. No matter. He was here now. And so were the drugs. Then his dorm-mate had a caveat: if you really want to feel the full effect, you’re going to have to let me shoot you up.

Marcus didn’t like that idea. Not one bit. But he didn’t like the way he was feeling a whole lot more. So he rolled up his sleeve, closed his eyes and let the needle work its magic.

Suddenly Marcus was flying. Higher and faster and more fondly feeling than ever before. He could see for miles and miles and it was nothing but blue skies all the way. He could’ve sworn there was even a rainbow on the horizon.

That maybe rainbow is the last thing Marcus remembers before peering up into the concerned eyes of some stranger. Who’s this?, he thought. And why’s his face look so grim?

Of course he could hear him. Loud and clear. But when Marcus tried to say so, his mouth wouldn’t move.

Unfortunately, his hands wouldn’t move either. Neither would his arms or his legs or his feet. Heck, Marcus couldn’t even turn or nod his head to reply. First he was afraid. Then he was mad. Why did they have him strapped down?

But Marcus wasn’t strapped down. He’d been comatose. That speedball his dorm-mate so kindly jabbed into his arm had enough fentanyl in it to kill him twice. In fact, were it not for the grace of Narcan, he’d be dead now.

But Narcan couldn’t keep Marcus from falling into a drug-induced coma. It did however keep him from falling dead. Now, nearly three days later, doctors were inspired to see signs of life. Even half life.

A couple days later Marcus awoke to face yet another stranger. This stranger wasn’t a doctor though; in fact he didn’t even appear to work at the hospital. Then Marcus saw the lanyard around the man’s neck: Eric McIntire. RWJBarnabas Health. Peer Recovery Program.

Eric introduced himself and started quizzing Marcus. The man didn’t seem to be prying though. He actually seemed genuinely concerned. And his questions were the kinds of questions asked by someone who understood the situation. When Marcus learned that Eric had also been in his shoes, he was sold.

Sold on what, you ask? Recovery. See, Eric helps supervise a cast of 90 some-odd Peer Recovery Specialists who serve the RWJBarnabas Health network of hospitals. It’s their job to get with drug overdose patients and provide them with a map to a whole new life. Every staff member in the Peer Recovery Program has been there and done that, so they know just what it takes to avoid going back and doing that again. They’re also walking, talking and smiling examples of what real recovery looks like, a year or three or ten down the road.

When Eric told Marcus of all the available programs, Marcus wanted to get up and going at once. But Eric counseled him against rushing things; gently reminding him that rash acts helped get him hospitalized in the first place. Marcus of course agreed.

When the two did begin setting up that recovery plan, Marcus wanted to be assured that he could leave treatment completely drug-free. He didn’t want to have to rely upon any drugs anymore, including Adderall. After all, he’d taken the medicine for nearly a decade. And he believed that it part of the reason for his experimenting with other, more lethal drugs. After conferring with doctors and specialists, Marcus got his wish.

Marcus spent 90 days in an addiction treatment center. Then he spent another six months in a sober home facility. He was able to re-enroll in college while he was at the sober home, and we’re happy to say he’s now nearing the end of his senior year. Marcus also managed to pick up an incredibly gratifying part-time gig. Yep, you guessed it: he’s a Peer Recovery Specialist at RWJBarnabas Health.

If you or a loved one are looking to live a drug-free life, please get in touch. Healing Properties has been helping men achieve sobriety since 2002, and we’d be honored to help you too. All you’ve got to do is call.