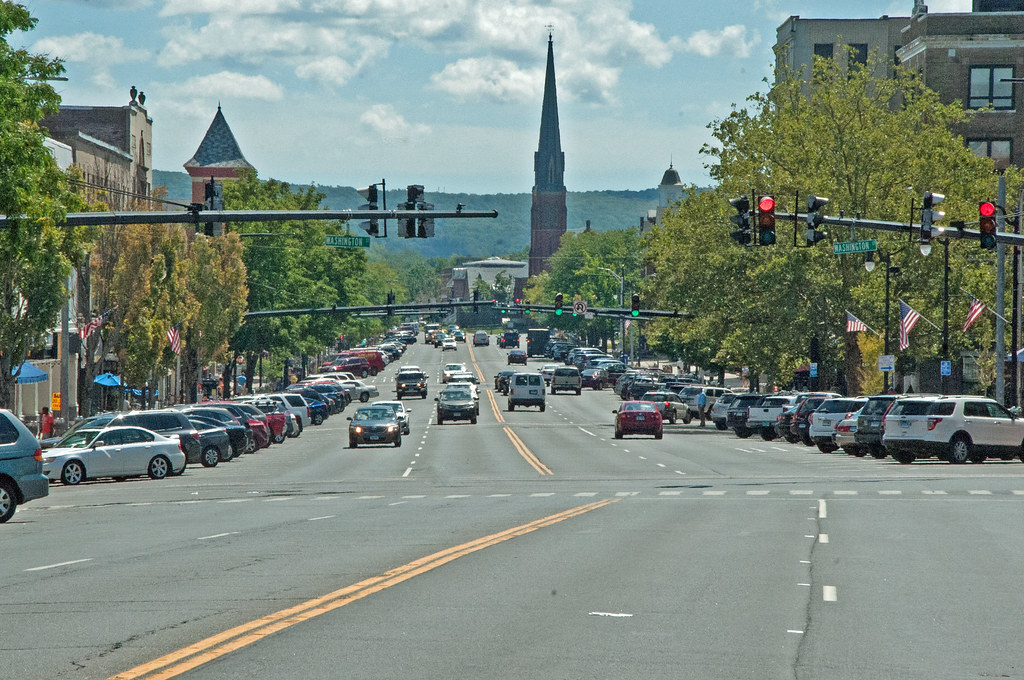 Going Off Script in the Middle of Middletown

When Livia Cox and Nick Wells volunteered to go out with the local EMTs, it’s highly unlikely they saw themselves as head of their own non-profit. Yet, the two Wesleyan University students did indeed become just that. In fact, they’ve been just that since 2019. That was the year Cox and Wells launched the Opioid Harm Reduction Initiative (now the Middletown Harm Reduction Initiative). The pair hasn’t looked back since.

Okay, so maybe the two have looked back a little. But when they have, it was primarily to assess their own efforts. That assessment came about publicly too, via three reports in Wesleyan’s ENGAGE. Then again, as conscientious students and worthy recipients of a Patricelli Center for Social Entrepreneurship seed grant, we’d be surprised if Cox and Wells weren’t continuously assessing how MHRI could best serve the Middletown community.

And serve they do. A Good Morning America segment says MHRI hits the Middletown streets two or three times a week. And Tina Detelj’s News 8 / Good Morning Connecticut piece says the Initiative serves over 170 clients. And that was last year! MHRI’s numbers surely have risen since.

To Do or Not to Do – in Middletown and Beyond

Whether or not you believe the rise is a good thing really depends upon how you feel about Harm Reduction. Some folks believe providing clean syringes, fentanyl test kits and naloxone only further encourages the drug user. Others may be okay with naloxone to reverse overdoses, but draw the line at syringes and testers. Still others insist the entire harm reduction tool kit reduces the spread of HIV and Hep C, plus helps keep a user alive until they’re ready for treatment. As for those who might never be ready for treatment, well, true Harm Reducers are okay with that too.

That’s right, judgment-free compassion is the main through-line for all serious Harm Reduction efforts. That means the perpetual addict, the chronic relapser and the weekend warrior are all equal in the eyes of the reduction provider. So are those who fall into the potholes of one of addiction’s heavily-trodden roads.

Or who may be drowning in its teaming and unforgiving waters. The Connecticut Harm Reduction Alliance (formerly the Greater Hartford Harm Reduction Coalition) posted a clip equating addiction with a roiling sea where harm reduction is a life raft. The animated allegory, by Van Asher, is called “Harm Reduction and Abstinence Based Treatment ‘Bridging the Gap.’” But the clip doesn’t just bridge the gap between the two, it touts the former as the bridge itself.

For that to happen though, harm reduction needs to to go beyond being a drive-by supply closet.

“We know when people are released from jail or treatment, they’re often left to fend for themselves,” says the narrator. And it’s then and there where the trouble will most likely begin.

“The first month after [someone is] released,” the clip continues, “they’re most likely to accidentally overdose and die.”

Yes, Narcan and test strips are meant to address the overdose risk, but that’s merely helping folks make it through their day. Van Asher wants to help folks make it through their lives. To get to people in those formative few hours before they’ve got their hands on drugs again. And then offering counseling and other navigational services that will help get them back on their proverbial feet.

Otherwise, 99 out of a hundred are going to get high.

In Enter the Sober Home

Healing Properties concurs. Harm Reduction should take on a more robust role. In fact, we see initiatives like Middletown pairing with counseling services and sober homes for those seeking a full-range of assistance. Why not? We’ve been helping folks “bridge the gap” between rehab and “the real world” since 2001. We’ve also helped more than a few transition from jail or prison. And we’re happy to say the majority of our clients leave here and never need Narcan, a tester or a clean syringe ever again.

Isn’t that also a form of Harm Reduction?

Of course it is. It’s part of the Continuum of Care.

Though of course we wouldn’t have had a chance to continue that care with some of our clients if they hadn’t run into the likes of Cox and Wells in the first place.

There’s a definite need for services such as the Middletown Harm Reduction Initiative, and we salute the two for filling that need. We also applaud their efforts to go even further. Then again, after hearing how the pair went from clinical rotations to non-profit start-up, we knew they’d be the type to always go the distance. After seeing their list of partnerships, we knew they’d do all that and then some.

Thanks Livia and Nick, for showing the world how compassion gets done. And for proving that not all youngun’s are glued to Tik Tok. Thanks too to the Connecticut Harm Reduction Alliance for setting such a stellar example. The CHRA also deserves thanks for their solid partnership with MHRI, as does AIDS Connecticut, the Clinton Foundation, Gilead Community Services, the Middletown Commission on the Arts, the Middletown Health Department, the Root Center for Advanced Recovery, and Wesleyan University. The Gibson Dunn law firm has apparently ensured there’s a solid non-profit with which the above-mentioned can partner-up.

Oh, and a very special thanks as well to Van Asher for creating such an illuminating clip!

“The power of a small gesture can have a really big impact,” said Nick on GMA. And the Middletown Harm Reduction Initiative is proof positive of that.

The world could well do with a few more such as Cox and Wells.

Are you about to leave rehab and in fear of what’s next? Do you know someone about to be released who doesn’t have a set place to go? Are you tired of the day-to-day battle to not relapse? Then give us a ring. We’ll get you sorted quick. We’ll help you stay sober too. Way sober. So you can concentrate on (re)building a wonderful life.